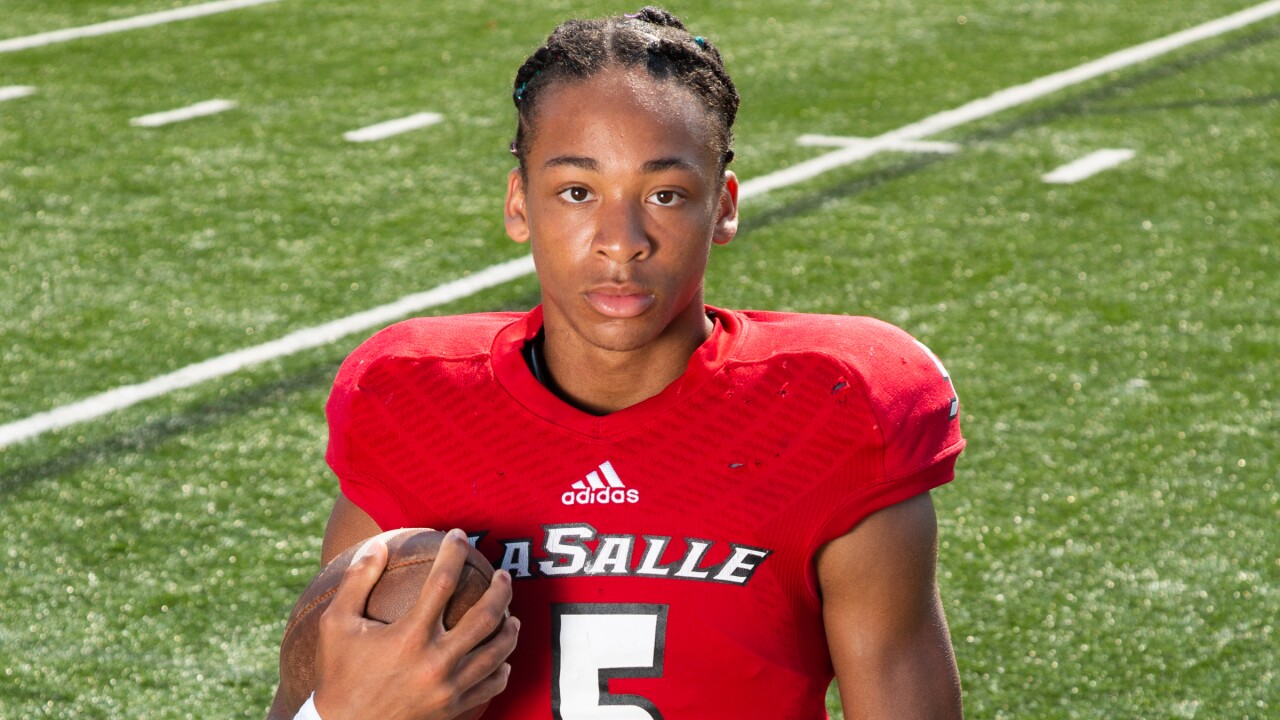 Smith, one of the state's top players in the 2021 class, had about 30 scholarship offers, including from schools such as University of Cincinnati, Notre Dame, Oklahoma, Alabama, Michigan State, Virginia, Virginia Tech, Oregon, Kentucky and others. Louisiana State University showed interest, too.

Smith, who is 6 feet tall and 180 pounds, is the second La Salle player in the 2021 class to give the Buckeyes a verbal commitment. Junior safety Jaylen Johnson verbally committed to Ohio State on Jan. 7.

Smith is a three-star recruit, according to 247 Sports. He is rated Ohio's No. 14 player overall in the 2021 class by the 247 Sports Composite and is rated the nation's No. 32 cornerback.

"He can go play at the highest level and be developed on and off the field," McLaughlin said. "He will most likely play corner there."

"He made the offer, then talked with Devonta regularly," McLaughlin said.

Smith, the GCL South all-purpose player of the year in 2019, had 38 tackles (27 solo), three interceptions and a fumble recovery last season, according to the conference website.

"He's a big-time athlete on defense," ScoutingOhio.com director Mark Porter said. "He's just about better than every athlete he faces on offense, which makes the game easy for him. He has corner skills and safety size -- just the rare combination of elite ability."

La Salle will open the 2020 season at Lakota West in the second game of a home-and-home agreement that was agreed upon in September 2018.