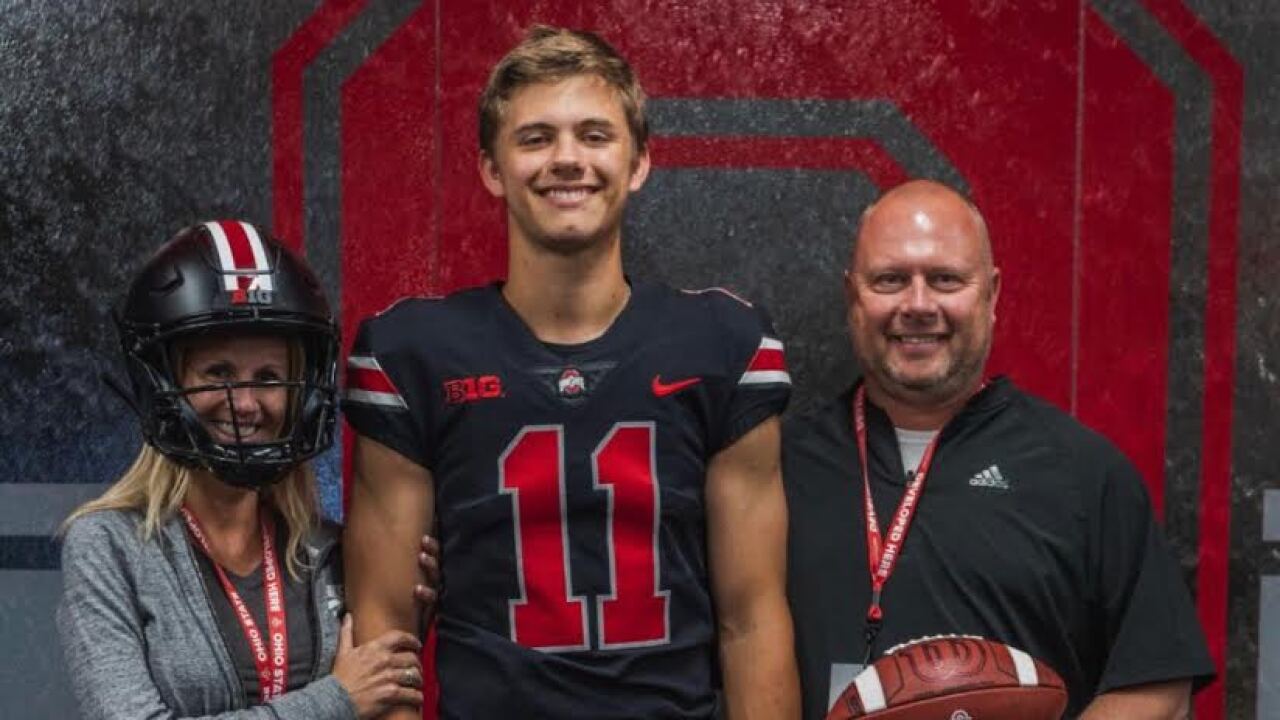 After a campus visit this past weekend in which he stayed over at former La Salle standout Drue Chrisman’s place, Seibert knew Ohio State was the perfect fit.

“I really felt a special connection to the other specialists,” Seibert said. “I love the coach — he’s an awesome guy. I am able to be pretty close to my family still.”

On Tuesday night, Seibert, rated the nation’s top kicker by Chris Sailer Kicking, made a verbal commitment to play for the Buckeyes. He also strongly considered Michigan State among his finalists.

Seibert, who wants to study business, said he will continue to work with his kicking coach, former UC and Northern Illinois kicker Andrew Gantz, who lives in Centerville.

"Extremely proud of you and the person and kicker you have become," Gantz wrote on Twitter Tuesday night. "The journey is only in the beginning stages — time to get back to work young Buck."

McLaughlin mentioned Seibert is a very good athlete who is able to play wide receiver, safety and punt if called upon. He expects Seibert will continue to make a strong impact this fall.

“He is a great weapon to have,” McLaughlin said.

Seibert also had scholarship offers that included Michigan State, UCLA, Akron and Temple. He also had opportunities at Penn and Air Force. The University of Cincinnati, Louisville, Indiana, Penn State and Arizona were among other schools with interest.

"He has a crazy strong leg for his age," ScoutingOhio.com director Mark Porter said. "He has the accuracy. He is a good athlete that might be an FCS (Football Championship Subdivision)-type wide receiver player in college but he is a big-time kicker. (Ohio State) coach (Ryan) Day shows he is going to emphasize special teams and Ohio players early."