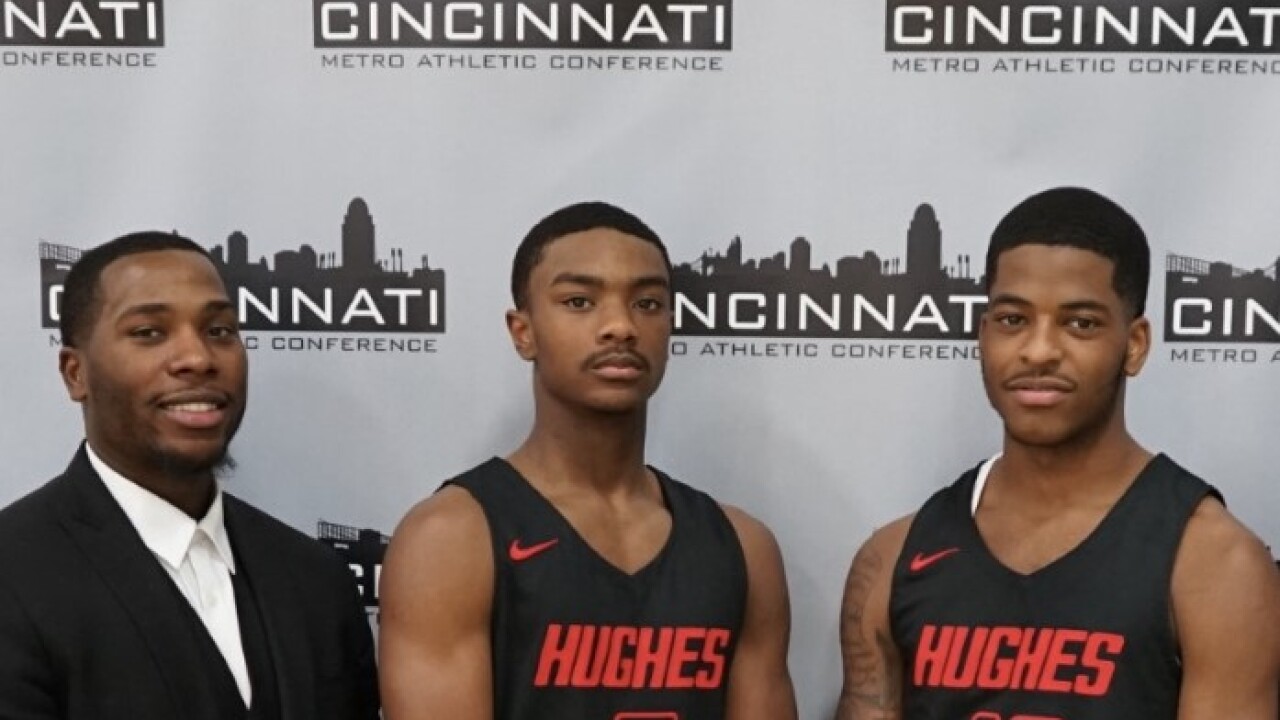 "This program has been very successful over the years and I want to make sure that the standards and expectations remain just as high," Black said.

"I want to make sure that I am really influencing the winning culture that has been established both on and off the court. This summer I plan to keep the guys close, build chemistry, get the young guys involved and build up leadership skills from my upperclassmen."

Hughes has had 20 or more wins in the past four consecutive seasons. The Big Red (20-6) was a Division II district runner-up this past season.

"Derrell has been an assistant under Wyant for the past eight years," Hughes athletic director Andrew Mueller said. "He knows what success looks like and how to replicate it. With him being a Hughes grad he understands what it is to be a Hughes basketball player. He has been where our kids have been; he knows what it takes to be Hughes tough."

Wyant said Black was a "tremendous" assistant coach the past eight years.

"He was the glue for our program," Wyant said. "A guy that played for me my first year and came back after he finished his education to give back to his alma mater. He brings consistency, toughness, basketball IQ and will continue the culture and tradition that we built at Hughes."

Black has played and coached on every level of Hughes basketball from the freshman to varsity levels, so he said becoming the varsity head coach is a natural progression and one that he is greatly anticipating.

"What I am looking forward to the most is continuing a greatly established program where we can continue to build up great young men to do great things and achieve their goals," Black said. "Becoming the head coach at Hughes was something that was never on my radar because I thought Coach Wyant would be here forever; however once the job opened up it was something that I really wanted to go after."

Mueller said between emailed resumes and online applications Hughes had 32 applicants overall. Black had a vision for the program and was very impressive during the interview process, Mueller said.