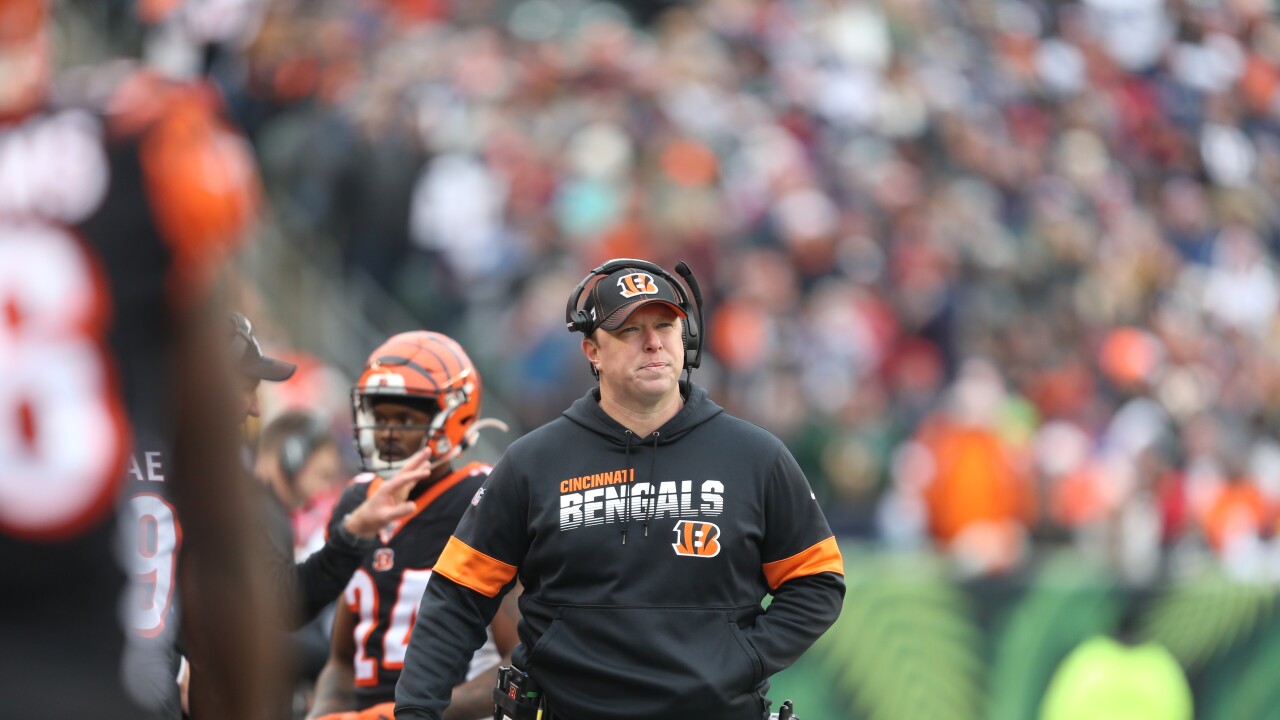 Cincinnati Bengals
Doug Rosfeld, the Bengals director of coaching operations, discussed what he learned the most about his first season in the NFL and working with Bengals head coach Zac Taylor.

Doug Rosfeld and his wife, Abbie, have been watching plenty of movies recently with their six children during the stay-at-home order.

"We've seen 'Turner & Hooch,' 'A League of Their Own,' 'What About Bob?' We are watching all of the classics," said Rosfeld with a smile.

Rosfeld, the Cincinnati Bengals director of coaching operations, is also preparing for the NFL Draft under the same Cape Cod roof at their Sycamore Township home as Cincinnati holds the No. 1 overall pick.

Rosfeld outlined a typical day of video conference meetings with the Bengals coaching staff as he balances professional football duties and his family.

Rosfeld, a former Moeller head football coach, joined the WCPO High School Insider to discuss how the Bengals are preparing for the NFL Draft on a virtual setting April 23.

"It's completely different from the year before," Rosfeld said.

"We typically would be bringing in a lot of our draft prospects. Free agency has been so exciting in the last couple of weeks for us and now preparing for the draft. A lot of those entailed visits to our facility and really getting to have in-depth opportunities to talk and get to know the people. Well, that's changed quite a bit. We've been doing a lot of Zoom meetings. Our position coaches are allowed to meet with our draft prospects a few times a week as long as they document everything and send it off to the league. It's been great."

RELATED: Doug Rosfeld aspires to be the best husband, father and football coach

Rosfeld also discussed a typical day this week during the coronavirus outbreak, how the team is interviewing draft prospects and the recent signings of eight unrestricted free agents.

Rosfeld went into detail about what he learned the most from his first season in the NFL and his duties to help Bengals head coach Zac Taylor.

Rosfeld also talked about the importance of faith, football and family during this health crisis in our country.

"It's been very difficult being a part of a football team where you don't get to be around your guys and be around the other coaches," Rosfeld said. "Football is like the perfect expression of a team in my opinion. The lessons that we've learned or hold from football seem now – in this climate and in this situation that we're in – are more important than ever."