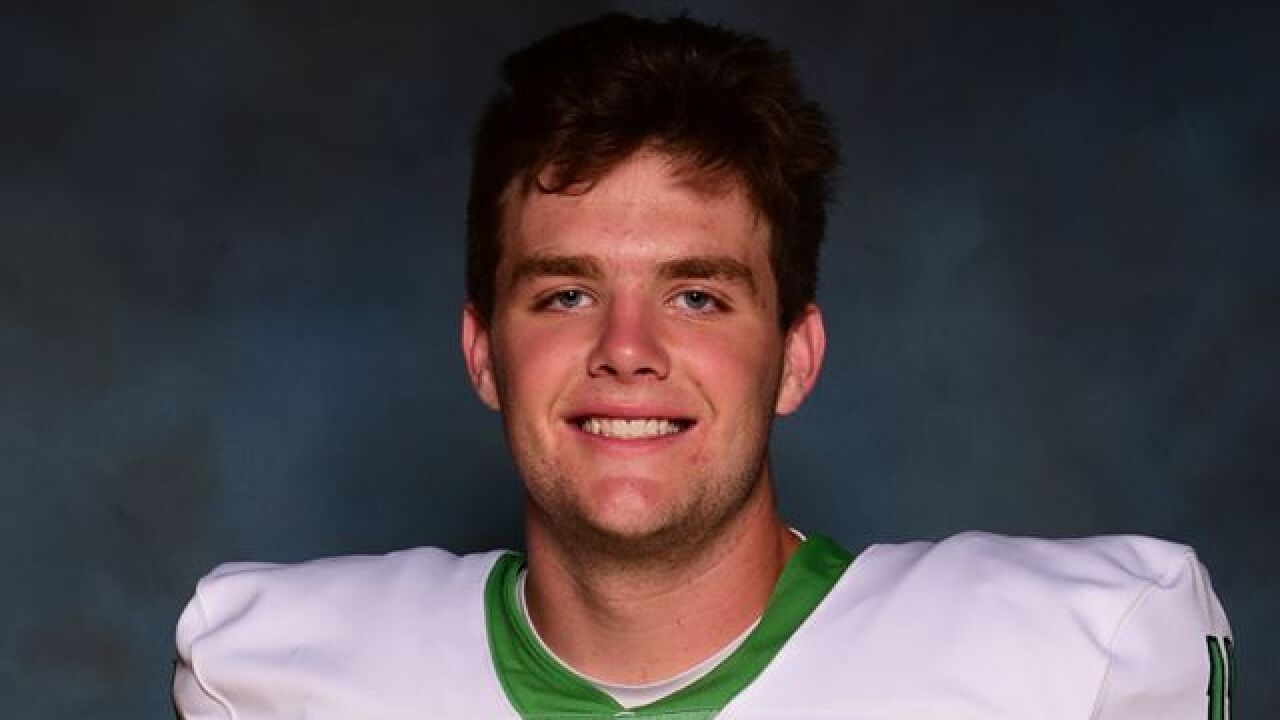 “Between academics and athletics he got a full ride,” Harrison coach Derek Rehage told WCPO. “It is the perfect fit for him.”

Kinnett, who is 6 feet 3 and 225 pounds, also had offers from Butler, Valparaiso and a preferred walk-on offer from Louisville, according to Rehage.

Super excited to announce I am committing to the University of Indianapolis! I want thank my family, friends, and all my coaches that have helped me get here! Also would like to thank @fbcoachcoop @gillincm and @KeeversChris for this opportunity! pic.twitter.com/EizsVZxYq1

Kinnett finished this past season No. 32 on the Ohio High School Athletic Association all-time list for most passing yards in a season with 3,761.

Kinnett finished with one more yard than what former Athens High School quarterback and 2014 Ohio Mr. Football winner Joe Burrow did in 2013 (3,760 yards) as a junior.

Burrow, who won the Heisman Trophy with Louisiana State University last weekend, is also No. 12 on the OHSAA's single-season passing yards list when he threw for 4,437 yards as a senior in 2014.

Kinnett finished with 6,430 passing yards and 62 touchdown passes in his Harrison career, according to the Southwest Ohio Conference website.

Kinnett was a Division II second-team all-state and first-team all-district selection in 2019. He was the SWOC offensive player of the year.

Harrison (11-2 in 2019) was a Division II regional runner-up. The Wildcats appeared in the postseason for the 13th time in program history this year. It was the third time Harrison was in the regional final after appearances in 2006 and 1988, according to athletic director Mark Meibers.

“The senior class changed this program I think in a way for the better,” Rehage said in November. “Just their work ethic and their hard work and setting new goals and expectations.”