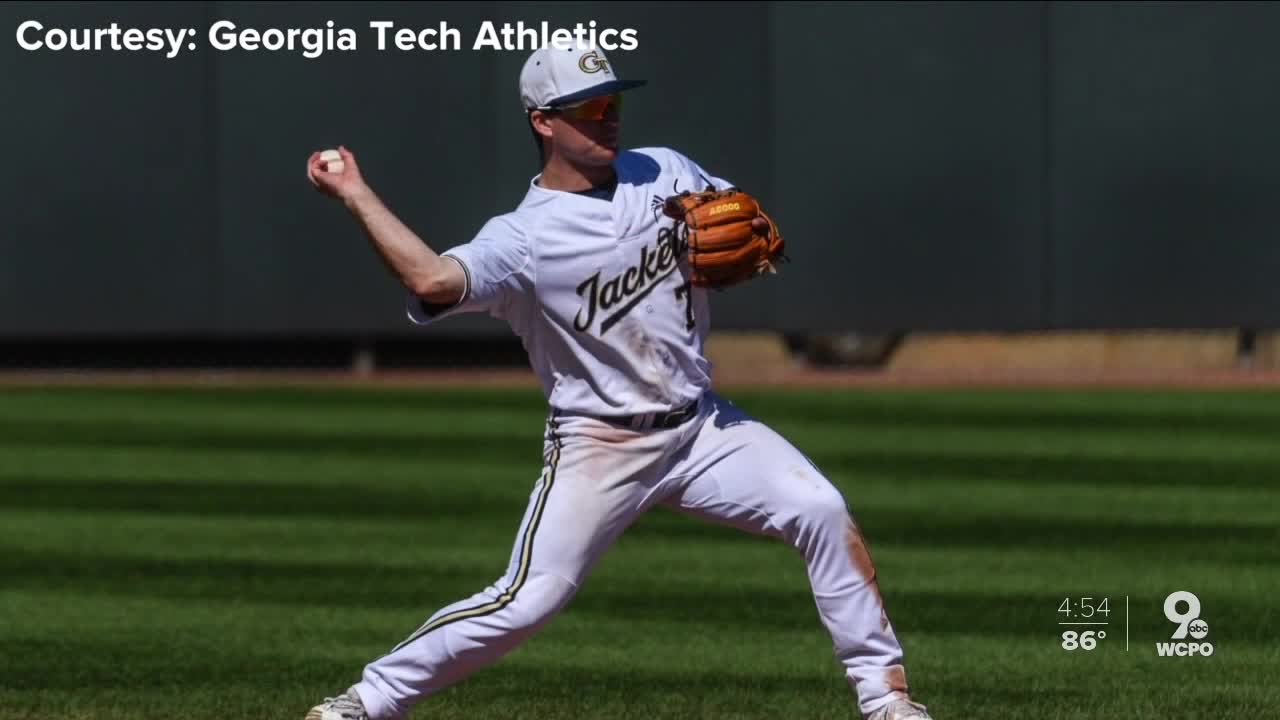 FORMER LOVELAND HIGH SCHOOL BASEBALL STANDOUT "LUKE WADDELL" IS HOPEFUL HIS NAME WILL BE CALLED IN THE MAJOR LEAGUE BASEBALL DRAFT THIS MONTH.

Whether he's on the diamond or playing euchre or another card game with his family, Waddell, a 2017 Loveland High School graduate, is ultra-competitive.

Waddell likely will be the top Cincinnati-area product during the Major League Baseball draft, scheduled June 10-11.

The Atlanta Journal-Constitution reported that Hall said Waddell will likely be selected and sign.

"I think I've proved myself," Waddell said. "There is nothing I can do. It's just up to different organizations. I'm staying in shape, ready to play, and we'll see what happens."

Leadoff hitter the past two seasons, Waddell hit .300 with 18 hits, nine RBI, two doubles, a home run and a triple in 16 games for Georgia Tech (11-5) this spring before the season was canceled due to the COVID-19 pandemic.

"At this point I kind of just wish I was still playing college baseball and finishing out the season," Waddell said. "Obviously, that didn't work out. Just being patient, keeping my hopes high and just hoping for the best."

While Waddell has had trouble finding batting cages around Loveland this spring due to the pandemic, he's able to work out and lift at his family home in preparation for the draft.

"It's tough for everybody," Waddell said. "I've got some weights in my basement so thankful for that."

The draft has been shortened from 40 rounds to five this year. Despite Georgia Tech playing in only 16 games this spring, Hall said there are plenty of film and scouting reports on Waddell for the draft.

"He is a really good defender," Hall said. "He throws really well. He's a very accurate thrower. He's a really good hitter -- has a great eye at the plate. He has a knack for getting on base. He's a clutch player."

The Arizona Diamondbacks selected Waddell in the 32nd round of the 2019 draft, but he chose to remain at Georgia Tech for this past season. As a sophomore, he improved his hitting by almost 40 points, finishing with a .322 batting average with 75 hits, 12 doubles, two triples, two home runs, 34 RBI and 57 runs.

Waddell doesn't strike out often. He was the third-toughest strikeout in the Atlantic Coast Conference in 2019, averaging 10.6 at-bats per strikeout and reaching base in 39 consecutive games to finish that season.

"It's been a great three years" at Georgia Tech, Waddell said.

He has heard from plenty of MLB teams dating back to last fall and checks Twitter for updates about the status of the draft due to the pandemic; in the end, he's focused on controlling what he can.

Former Loveland football coach Fred Cranford knows how much Waddell has proved with his production and leadership over the years.

Waddell also excelled at football and basketball during his high school days. He rushed 20 times for 183 yards and a touchdown as a freshman in Loveland's Division II state football championship win over Cleveland Glenville in 2013 in Canton.

"He gave his best at whatever he was put forth to do, whether it was baseball, basketball or football," Cranford said. "He was in it to win it, and he was a competitor."

Waddell, who represented the United States on the 2019 Collegiate National Team, was listed as the 45th best college baseball prospect in early March by Athlon Sports.

Waddell has exemplified leadership qualities that made him Georgia Tech's first solo team captain since 1991. The respect from his teammates and coaches has prepared him for the next level.

"I think it's real significant," Hall said. "I think it's how much his teammates trusted him, how much they looked up to him. And it's how much, honestly, our staff looked up to him. We just think he has all the right stuff. He has great makeup, and I think that's why he's going to have a great chance to keep playing for a long time just because of the kind of kid that he is."