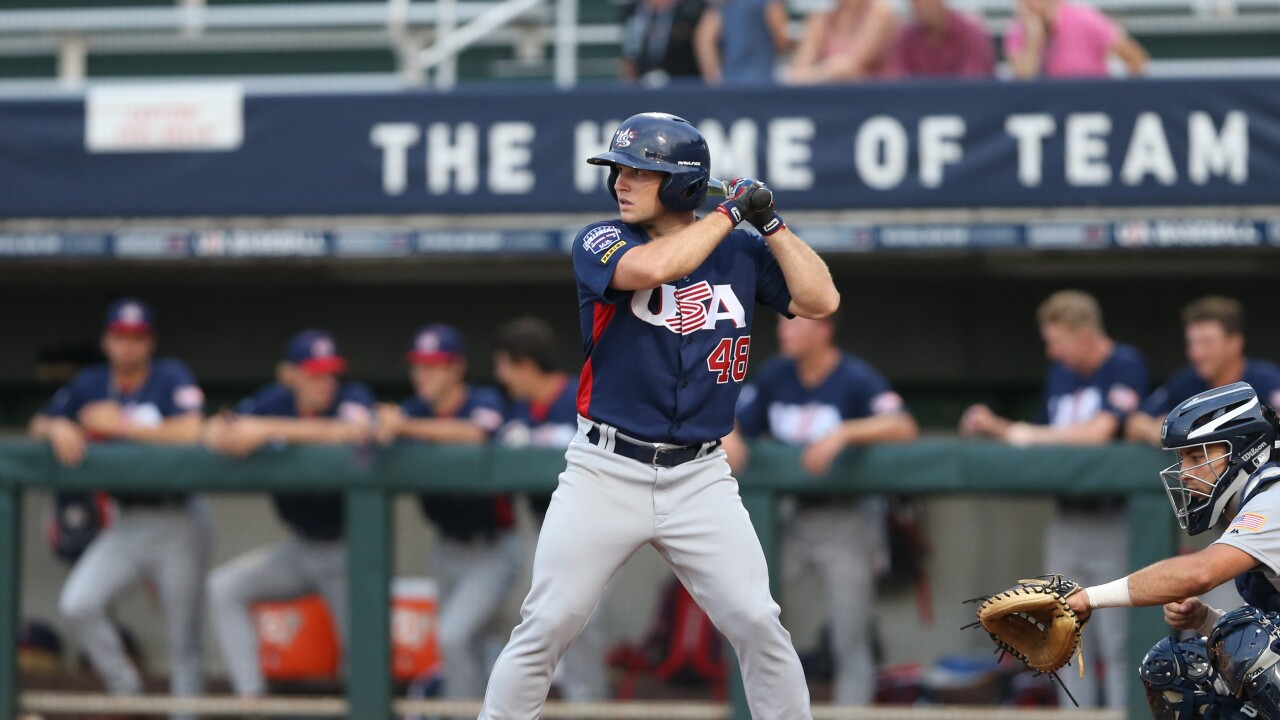 CINCINNATI — When Luke Waddell wears the Team USA baseball uniform, it's an awe-inspiring moment for the former Loveland standout.

Waddell, a 2017 Loveland graduate and Georgia Tech junior shortstop, was informed around 10:30 p.m. Monday via a text message that he had been selected to the 2019 Collegiate National Team roster.

He gathered with 25 of his other teammates for a team meeting in Durham, N.C., after individual selections were made.

USA Baseball unveiled the 26-man roster Monday night before it hosts a five-game international friendship series against Cuba this week in Hickory, Charlotte and Durham, North Carolina. Waddell is one of only two Ohio natives on the roster, joining Vanderbilt right-handed pitcher Tyler Brown (Ashland).

Waddell, 20, participated in the training camp in late June in Cary, North Carolina, and was thrilled to learn of his opportunity to represent Team USA in Taiwan July 9-12 and in Japan July 16-21.

"It was a lot of work, but it’s also been a lot of fun," said Waddell. "It’s a really good experience."

The team will leave for Taiwan on July 7. It will be the first trip to Asia for Waddell, who was overwhelmed with tweets and texts from friends back in Cincinnati.

"It's unbelievable," former Loveland football coach Fred Cranford said. "To represent the United States and to put yourself on that platform. The talent and the character of that kid comes through. I think he is doing it the right way."

Waddell, who was drafted by Arizona in the 33rd round of the amateur draft in June, was one of nine Atlantic Coast Conference players on the training camp roster.

Those who know Waddell say he practices like he plays. That work ethic has paid dividends in his collegiate career. The national spotlight has followed.

Team USA head coach Dan McConnell became familiar with Waddell during the college season this past spring. Waddell is grateful for the opportunity to be on the national team.

"It's awesome," Georgia Tech coach Danny Hall told WCPO. "It couldn't happen to a better guy. A great player, a great person and a leader. What a tremendous opportunity."

While at Georgia Tech this spring, Waddell improved his hitting by almost 40 points during his sophomore year, hitting .322 for the 2019 season.

The former Loveland football and baseball standout earned a reputation as one of the top shortstops in the country, making the finalist list for the Brooks Wallace Shortstop of the Year award after moving to the position full time on March 9.

He was one of six Jackets to hit north of .300 this season, amassing 75 hits, 12 doubles, two triples and two homers for 34 RBI out of the leadoff position. He also scored 57 runs.

Waddell was the third-toughest to strike out in the ACC, averaging 10.6 at-bats per strikeout and reaching base in 39 consecutive games to finish the season.

"He is a great competitor," Hall said. "He played shortstop beautifully all year. In my mind, he is one of the best shortstops in the country."