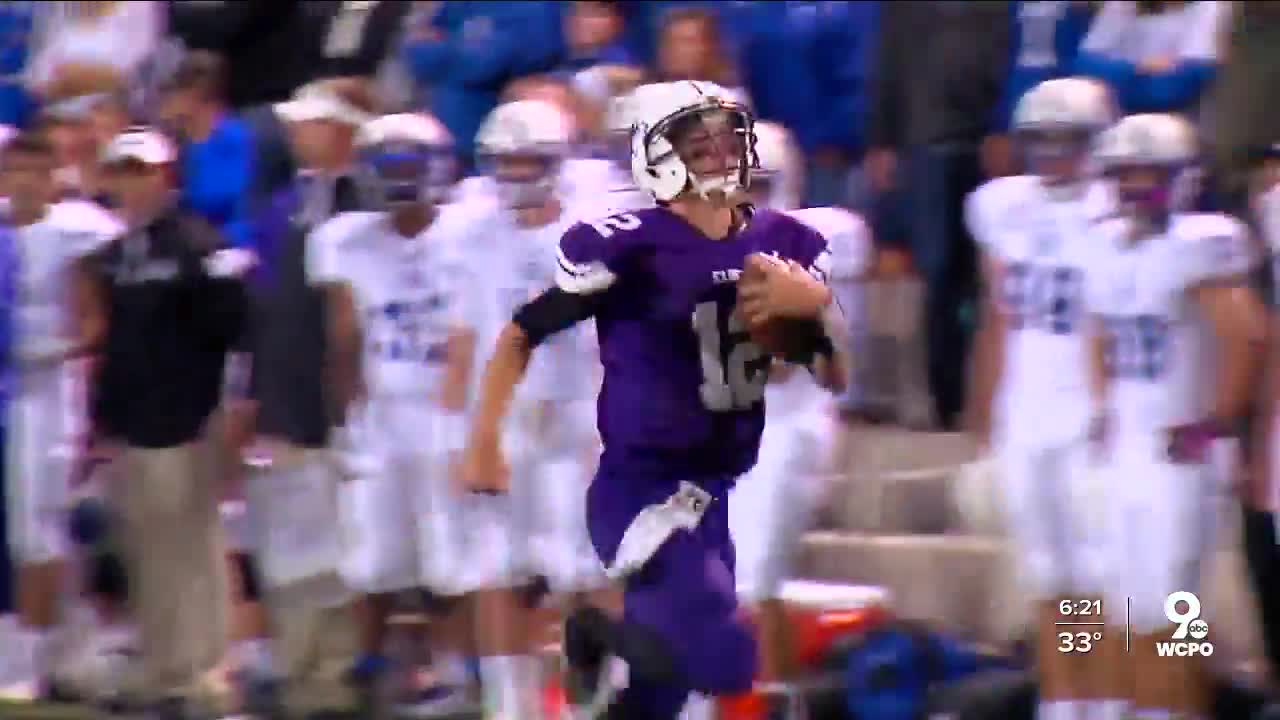 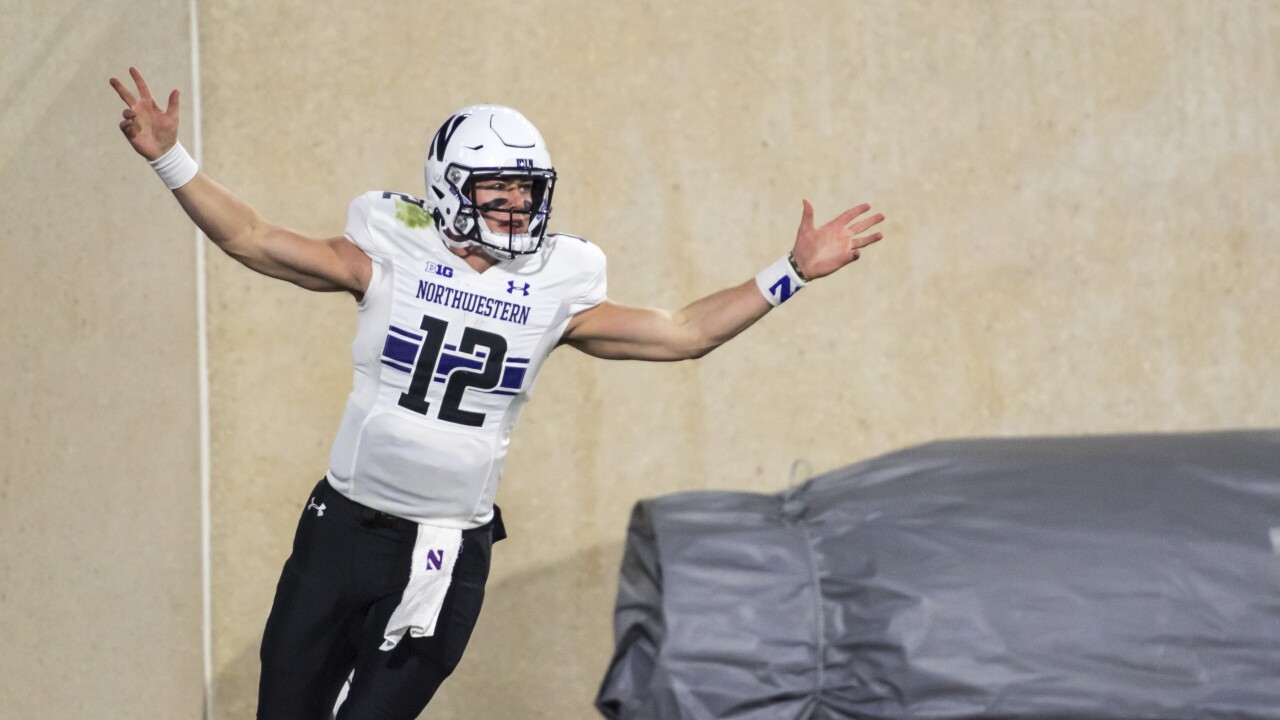 "Winner, gritty, leader, great teammate," Fitzgerald said. "Unflappable, mature, experienced and just a joy to be around, just to name a few."

Ramsey, a 2016 Elder High School graduate, has had quite a football journey this year.

The graduate transfer was at Indiana University from 2016-19 before selecting Northwestern after his only visit in March.

"It's a great place," said Elder coach Doug Ramsey, who is Peyton's father. "He's around really good guys. Coaches are great people and then to be able to play in the Big Ten championship game -- you couldn't ask for more the way this thing all worked out."

Peyton Ramsey, 23, has helped turn around the Wildcats from a 3-9 season in 2019 to the Big Ten West title during this unique season through the COVID-19 pandemic.

Northwestern (6-1) will play Ohio State (5-0) in the Big Ten championship game at noon Saturday at Lucas Oil Stadium in Indianapolis.

This is the fifth time in Peyton Ramsey's Big Ten career that he will face the Buckeyes.

Ramsey admitted to the media earlier this week that he grew up a Notre Dame fan while also enjoying the Big Ten.

He's certainly well aware of what the No. 3-ranked Buckeyes bring to the game.

"They're really talented," he said. "They're big, they're physical. They don't really have any weaknesses in their defense. So I think in playing them a couple times now, I think the biggest takeaway is making plays when those opportunities present themselves."

Ramsey, the Greater Catholic League South division co-player of the year in 2014 and 2015 at Elder, still holds most of the passing records at the GCL South program.

Ramsey has capitalized on his opportunities at Northwestern. On Tuesday, he was named to the Big Ten third team.

Ramsey has thrown for 200 yards in four games this season, bringing his total to 21 games during his career with that mark. He leads all active Big Ten quarterbacks in that category.

He had an inspirational journey his final season at IU after losing his starting quarterback position with the Hoosiers prior to the 2019 season.

Ramsey hasn't looked back. He's content with his role with the Wildcats.

"It's a lesson for a lot of people, I think," Doug Ramsey said. "This is how you do things. Don't give up. Don't get mad. Just keep your head down and keep working. You may not get everything that you want but you will get opportunities."

A 'great leader' on offense

Doug Ramsey is also proud of the fact that Peyton and his teammates have persevered through the strict COVID-19 protocols to have this opportunity Saturday afternoon.

Peyton Ramsey hosted the quarterbacks and tight ends at his apartment.

"I mean it's crazy," Doug Ramsey said. "People don't understand how hard it's been for these guys. They can't do anything. We see Peyton after a game. We go to his apartment, but we stay in our car and he stays in his car and we talk. You can't take any chances."

Peyton will receive six tickets for Saturday's title game, and his family can't wait to see him on a national stage.

He has thrown for 1,218 yards and nine touchdowns this season. He also has rushed for 169 yards and two touchdowns.

"He's obviously had a big impact on our offense," senior wide receiver Riley Lees said. "And a lot of trust going both ways from him to us as the receivers from us back to him and the coaches. There is a lot of positives that Peyton's brought to this program and to this offense."

That trust was built in the summer.

The Northwestern coaches and his teammates noticed how Ramsey drove back and forth from Cincinnati to Evanston, Illinois, a few times during informal workouts before he found an apartment and was officially on scholarship.

He also quickly introduced himself to his teammates with a group text message.

"He's just a great leader," Fitzgerald said. "He's really consistent. I haven't seen him too high or too low. He's just been really consistent every day. He's like having a coach on the field. He just sees things. He has an awareness of things."