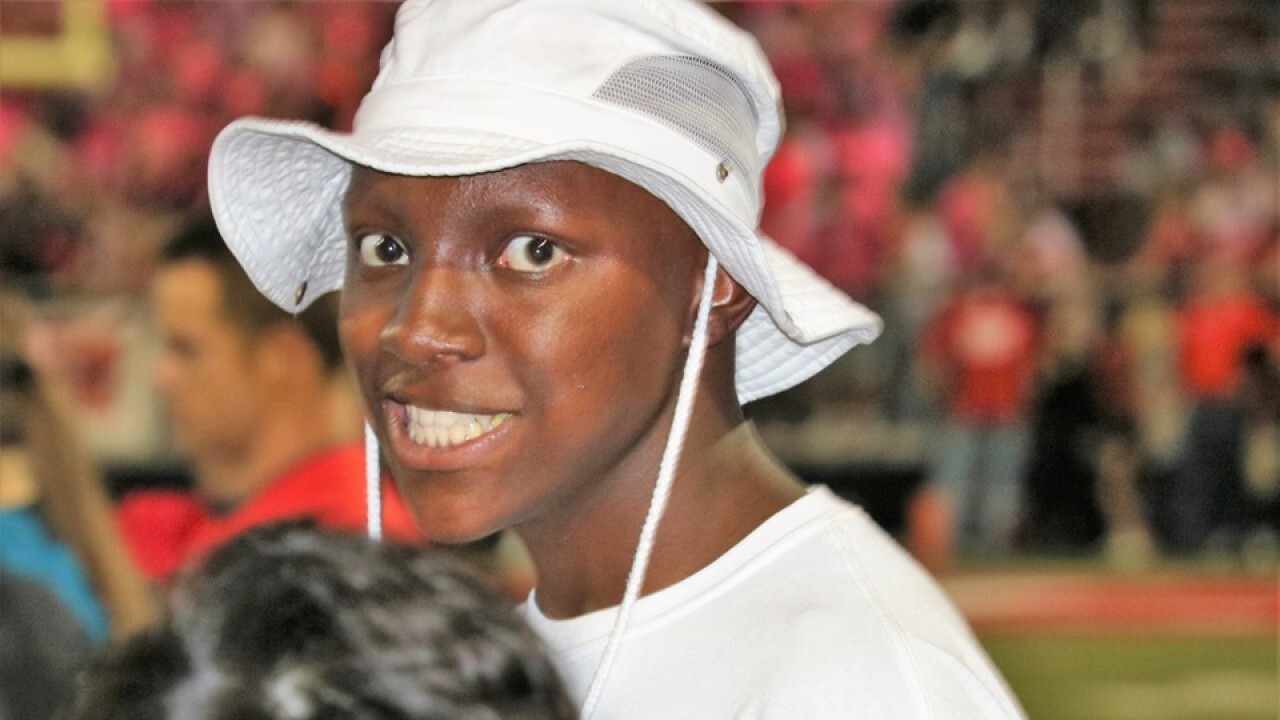 FAIRFIELD, Ohio — The Fairfield football program will continue to honor Mason Blanchard in a significant way this season, including him at the No. 1 spot on its roster and redesigning its helmets to add his initials.

Blanchard, a former student assistant on the football team, died May 23 after a yearlong struggle with rhabdomyosarcoma, a type of muscular cancer. He was 17 years old.

Junior slot receiver and defensive back Jaydan Mayes designed the upcoming season's new helmet, which will feature the initials MB — the letters separated by a cancer awareness ribbon — on the left side.

“I think it’s a big deal for us to remember Mason,” Fairfield coach Jason Krause told WCPO this week. “He was a guy who was a really big part of our program. Our guys loved him. He loved our guys. He loved being a Fairfield Indian.”

As the Indians prepare for their season opener against visiting Centerville (7 p.m. kickoff), the team plans to carry a No. 1 jersey to the coin toss before each game.

“I may not be playing on the same field anymore but I’m gonna still leave it all out there on the field for you bro,” tweeted East Tennessee State offensive lineman Jacob Hensley, a 2019 Fairfield graduate.

Fairfield standout running back JuTahn McClain told WCPO this spring he would dedicate every game in honor of his late friend.

"After the game I am going to look to the sky and say, ‘Mason, this is for you, again,’” McClain said in May.

In May, Blanchard received an honorary No. 1 home jersey and a signed football from the team to keep with him at all times. On May 11, he received his diploma during a graduation ceremony inside his grandmother’s house.

School officials also have discussed with Blanchard’s family the idea of planting a memorial tree and installing a plaque at Fairfield Stadium during the school year, too.

“A lot of things that we just want to keep him in our thoughts and prayers,” Krause said. “He’s a guy who will not be forgotten.”