Mason Blanchard, 17-year-old Fairfield student who died of cancer, always had a smile 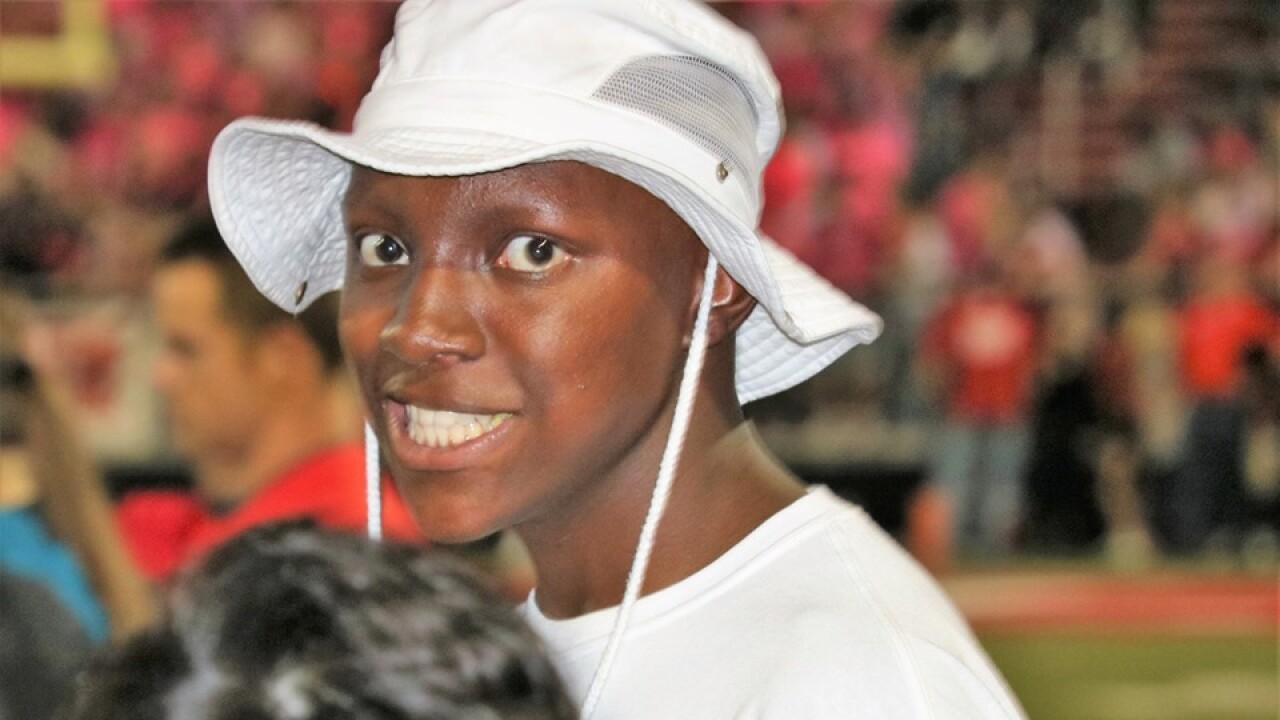 Provided/Fairfield High School
Fairfield sophomore Mason Blanchard will be remembered for his smile within the school community. He died Thursday morning after being diagnosed with cancer about a year ago.

FAIRFIELD, Ohio — When Fairfield running back JuTahn McClain runs onto the field this fall, he will dedicate every game to Mason Blanchard.

“After the game I am going to look to the sky and say, ‘Mason, this is for you, again,’” he said Friday.

No one at Fairfield High School will forget 17-year-old Blanchard, who died Thursday morning after a year-long struggle with rhabdomyosarcoma. His loving spirit was undeniable. The sophomore was a friend to all.

“I think it was one of those things where his attitude was so good that it just made you appreciate him so much,” Fairfield athletic director Mark Harden said. “Kids just gravitated to him and loved on him. He was just a special, special kid.”

Blanchard’s smile and the bucket hat bearing his first name became synonymous with the joy he exuded working in the main office, running hall passes to classes, greeting others between bells or helping with a variety of duties for football practice and games at the stadium.

Blanchard, a special education student, participated with the football team as a student assistant. He didn't play, but he was undoubtedly a member of the team.

“I am pretty sure if he had the opportunity to play that he would play his heart out on every play,” said McClain. “He really loved the team.”

The last day of school is usually reserved for pomp and circumstance, the satisfaction of completing a third day of exams and promises of what’s ahead in the summer.

Instead, there was a surreal silence in the building as the school community learned at 2:15 p.m. on the public-address speaker of Blanchard’s death.

“It was the hardest end of the year that I ever had,” principal Bill Rice said.

Fairfield football coach Jason Krause wiped away tears sitting in his office Friday morning. In 25 years of coaching, he had never lost a student-athlete within his program.

“He wanted so badly to get back to school because he just loved being in school and being around everyone,” Krause said of Blanchard.

Blanchard hadn’t been to class since March 27 but had wanted to try out for the team this fall, possibly in a wide receiver role.

“Despite how much pain he was in, he would never show it,” defensive coordinator John Hembree said. “No matter how tired he was, he wouldn’t show you. He was a very inspiring young man.”

Two weeks ago, the team signed a football that Blanchard kept close to him at all times. He also received an honorary No. 1 home jersey.

On May 11, Blanchard received his diploma and heard the processional music for a graduation ceremony inside his grandmother’s house.

The signed football was in his lap. Despite his failing health, Blanchard’s smile was still there, too.

“That was something that I will remember forever,” Rice said.

‘Everything is going to be OK’

The Fairfield football team bus had just pulled onto Colerain Avenue and was preparing to enter the highway on a very rainy night Oct. 19, 2018.

The players and coaches were sullen after the Indians' 55-27 loss to Colerain in a key Greater Miami Conference showdown.

McClain rushed for 275 yards and three touchdowns, but it was little consolation as the team traveled north with their hopes dashed of interrupting Colerain’s lengthy streak of consecutive conference titles.

Hembree placed his head back onto the seat, trying to understand what had just occurred on the field. Blanchard tapped him on the shoulder and asked if he would recover soon.

As the bus neared the school, Blanchard tapped Hembree again.

“Coach,” Blanchard said. "Everything is going to be OK.”

Hembree reflected on that moment Friday morning. Blanchard always rode the bus with the assistant coach to road games. The two shared a special handshake at practice and before games.

Blanchard wanted to run wide receiver routes for 15 minutes before one particular game. Hembree had to persuade him to take a break and to wear a coat when it was cold outside.

Blanchard looked forward to being with the team so much on Friday nights that one time the bus stopped at an area restaurant near the Fairfield stadium on its way to a road game. The bus driver had to wait for Blanchard after he received his radiation treatment that afternoon.

Hembree was grateful to recall that particular bus ride home the day after Blanchard's death.

“That was just so much perspective at the time, knowing that you have a young man who is battling cancer telling a 39-year-old man that everything is going to be OK,” Hembree said. “The perspective that it’s a game and you have a winner and a loser, but at the same time you have a kid who is a sophomore in high school giving advice to me.”

After Blanchard was admitted into the hospital earlier this week, a nurse in the emergency room checked on him and asked the teenager some standard questions. Who was he? What did he do?

Blanchard was direct and quick with his response in some of his final words.

"I am a football player at Fairfield High School."