Listen to chants in videos below 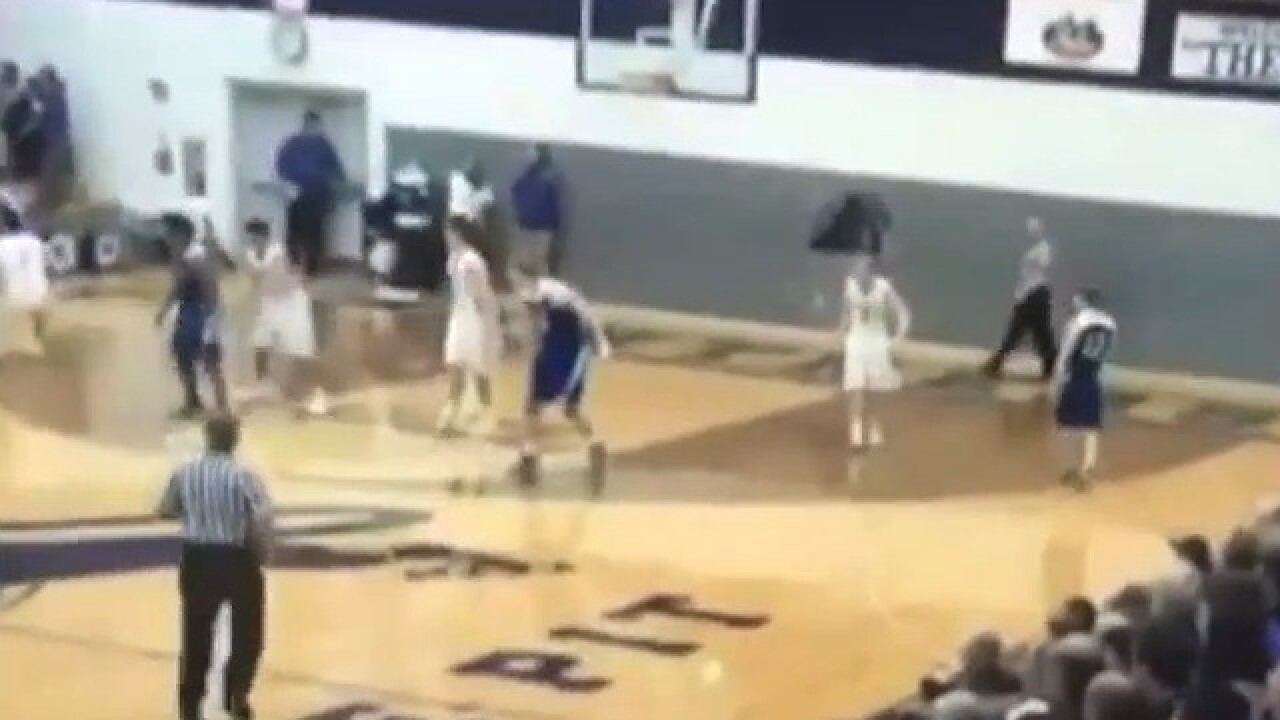 Mina Jefferson, the mother of one of those players, said otherwise.

"If no one complained, I have to wonder what would have happened," she said.

The videos above and below contain offensive language.

The facts, as recorded on video, are these: Students in the Elder cheering section directed the offensive chants toward black and Asian players. School officials tossed one of the students out and disciplined others.

"I was very shocked," Ruffing said of the students' behavior. "My heart sunk."

Jefferson claimed the cheering continued into the third quarter; Ruffing said teachers took action as soon as they realized what was happening.

Either way, Elder students spent part of their Tuesday in an assembly addressing the incident. Elder athletic director Kevin Espelage sent a letter to St. Xavier parents like Jefferson to express his regret for the students' behavior.

"As an Elder Alum, Elder employee of eighteen years and current athletic director, I am appalled and disgusted by what took place last evening," he wrote. "Our choice of words and chants are unacceptable in any setting; moreover, any level of society."

Ruffing said the school planned to take a group of students to visit St. Xavier on Monday and apologize for the racist language used at the basketball game.

"What we did was wrong, and we will not do it again," Ruffing said.