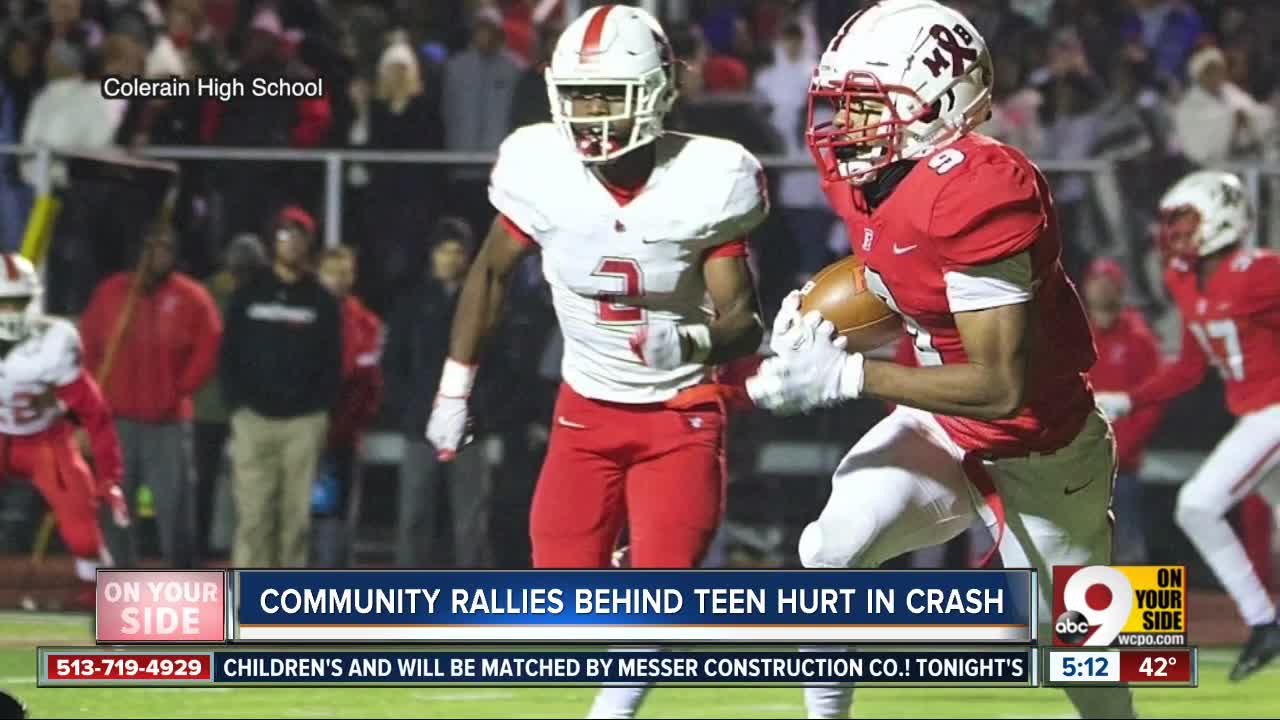 The Colerain football team is showing significant support for senior running back/outside linebacker Jaylen Thomas after he was injured in automobile accident.

Thomas was in a car crash over the weekend, and Cutright said he learned about it Saturday morning. Colerain teammates visited Thomas the same day to support him on his journey toward recovery.

"Everyone's rallied behind him," Cutright said. "They support him, they love him to death. We're going to miss him a tremendous amount, but we have enough there to step up and hopefully be able to compete against Elder Friday night."

Support from Elder High School poured in for Thomas as well.

The school tweeted a message to Thomas on the day of his surgery.

Our thoughts and prayers are with @JayTeee26_ and his doctors. Some things are bigger than sports, and your health and recovery are much more important than a football game. May God bless you, your family, and your doctors, Jaylen. #Altiora

"It's terrible, because we know it could be anyone on our team," said Elder quarterback Matthew Luebbe. "It's him as a player, we respect that, but him as a person, it matters."

Colerain's football team is selling "Jaylen Strong t-shirts" ahead of their game against Elder Friday night.

Thomas, a two-year varsity starter, has rushed 92 times for 962 yards (10.5 yards per carry) and scored nine touchdowns this season for the Cardinals. He has 14 receptions for 273 yards and a touchdown.

Thomas, listed at 6 feet and 190 pounds, had 13 carries for 171 yards and a touchdown in Colerain’s 28-7 win over Fairfield in a Division I regional semifinal at Princeton’s Jake Sweeney Stadium Friday night.

Colerain advanced to its third consecutive regional final. The Cardinals (11-1) play Elder (10-2) in a Division I, Region 4 final at 7 p.m. Nov. 22 at Mason High School’s Dwire Field at Atrium Stadium.

His 171 rushing yards Friday night was the second-highest amount Thomas rushed for this season. He rushed 12 times for 174 yards and two touchdowns in a 41-14 win at Middletown Sept. 27.

Defensively, Thomas is mostly an outside linebacker but has also played some defensive back. He has 47 tackles (26 solo) including four sacks along with a forced fumble and a fumble recovery.

"He's been playing well for us on both sides of the ball," Cutright said.