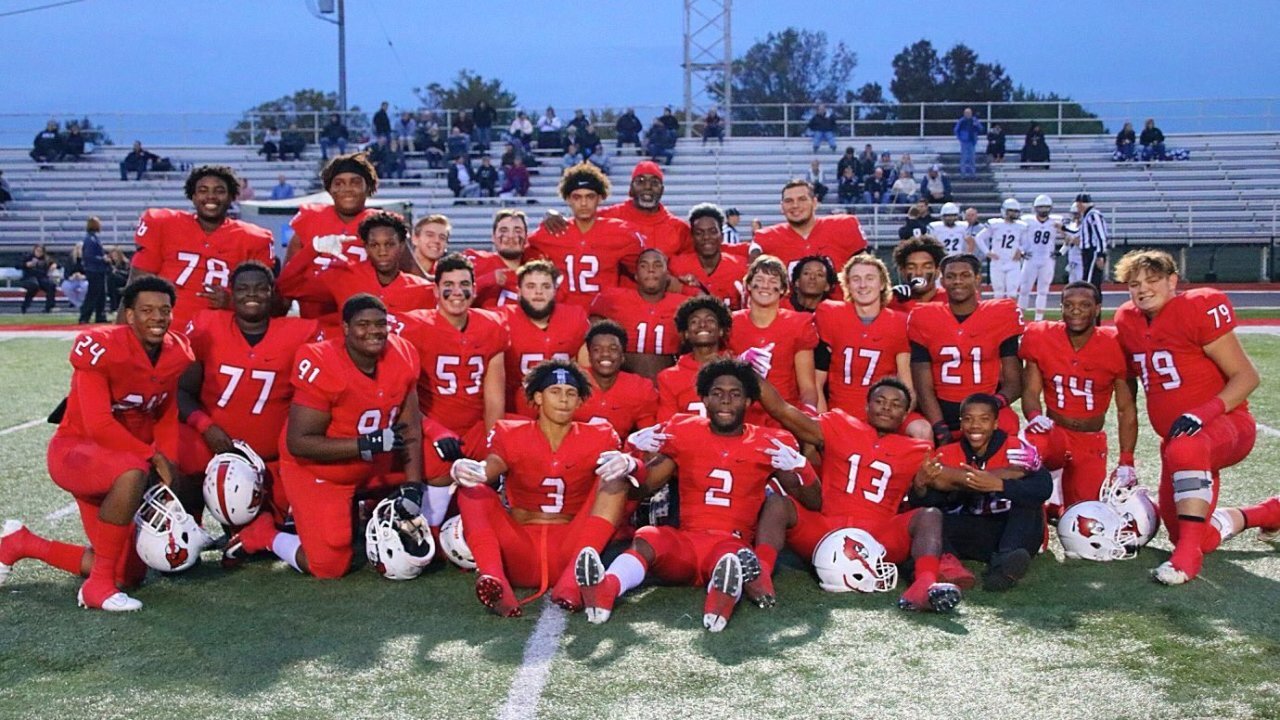 The entire Colerain team might as well have played in tank tops. Freezing temperatures couldn’t ice the Cardinals’ resolve in a 28-7 win over Fairfield in front of 5,294 at Princeton in a Division I regional semifinal.

“We’ve got grit; we’ve got determination,” Cutright told his team after the game.

The Cardinals also have heart and it showed Friday night. Colerain is returning to the regional final for a third consecutive season and the fourth time in the past five years.

“It feels great,” Cutright said. “I am excited about that. Our kids deserved it. They play hard. They’ve had a chip on their shoulder all year. I couldn’t be more proud of them. They laid it on the line tonight.”

Colerain (11-1) advances to play Elder (10-2) in the Division I regional final Nov. 22 in a game scheduled for Mason’s Dwire Field at Atrium Stadium, according to Mason athletic director Scott Stemple.

The Ohio High School Athletic Association will announce the neutral sites for the regional finals on Sunday.

Another trip to the regional final carries plenty of significance for the Cardinals.

No one is doubting the Cardinals this week. That was certain Friday night.

Colerain struck 30 seconds into the game when senior running back Jaylen Thomas took a toss sweep on the left side and scored on a 45-yard touchdown run to help give the Cardinals a 7-0 lead.

Thomas finished with 13 carries for 171 yards.

“He’s hard to get down,” Cutright said. “Those feet just keep on turning and he weaves through there, and he’s just a powerhouse for us. He’s motivated, he plays hard, and he’s a great kid. He’s always got a smile on his face, too.”

The Cardinals went ahead 14-7 when junior quarterback Freddie Johnson found sophomore wide receiver Isaiah Myers on a post pattern for a 28-yard touchdown pass connection at the 5:51 mark of the second quarter.

Colerain went ahead 28-7 two plays later when junior defensive back Brandon Sinclair scored on a 27-yard interception return with 16 seconds left in the third quarter.

Cardinals junior linebacker Xander Kendall had a team-leading 10 tackles and also had a fumble recovery.

And yet Fairfield (10-1) won’t soon forget its own memorable season. The Indians captured their first playoff win since the 2000 season and went 9-0 for the first time in program history.

“This group (of seniors) was a really good one,” Fairfield coach Jason Krause said. “They were very close. They were closer as a large group than I’ve had. They played that way. Their offseason was that way. I really hope the young kids — the underclassmen — learn from that and we can take that and move forward.”

Friday night was also the final high school game for standout running back JuTahn McClain (Kentucky commit). He finished this season unofficially with 1,899 rushing yards this season and 21 rushing touchdowns. He had 22 carries for 147 yards on Friday.

“I’d say he is one of the best that’s ever played at Fairfield,” Krause said. “The numbers speak for themselves. His leadership has been tremendous.”