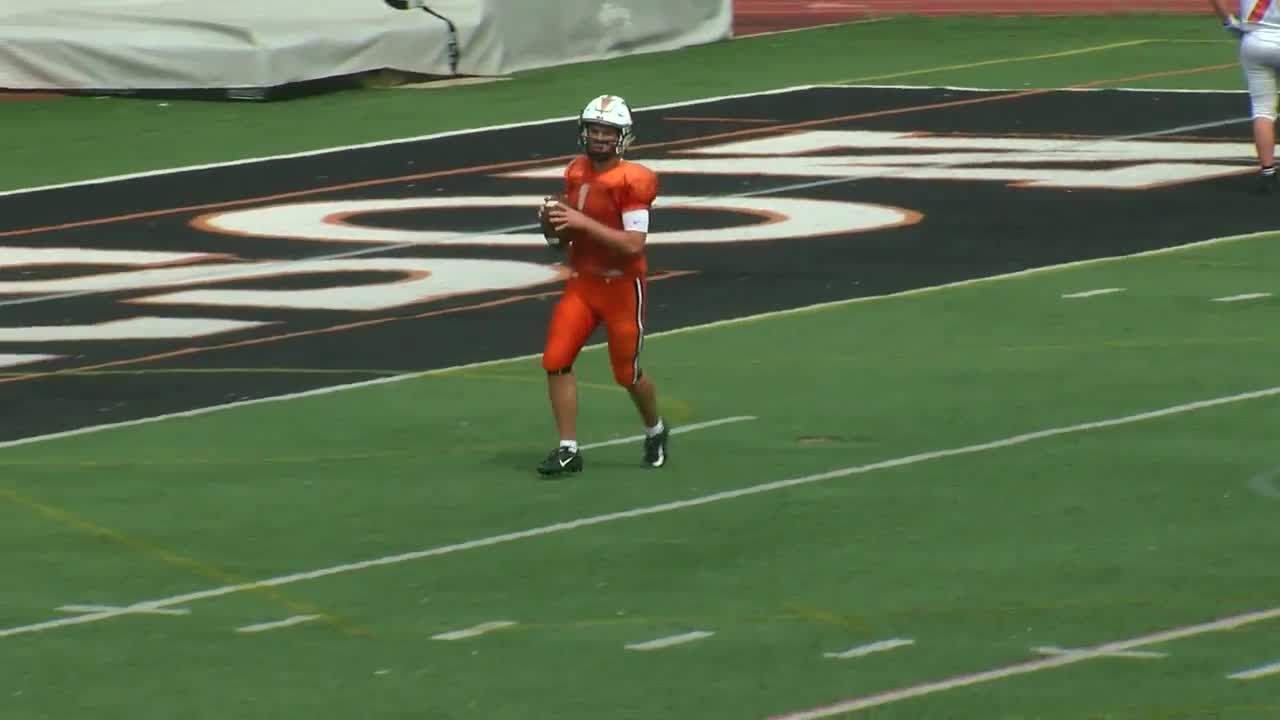 Anderson senior quarterback Jackson Kuhn is grateful for the opportunity to share a special bond with his father, Doug Kuhn, through a high school football legacy. 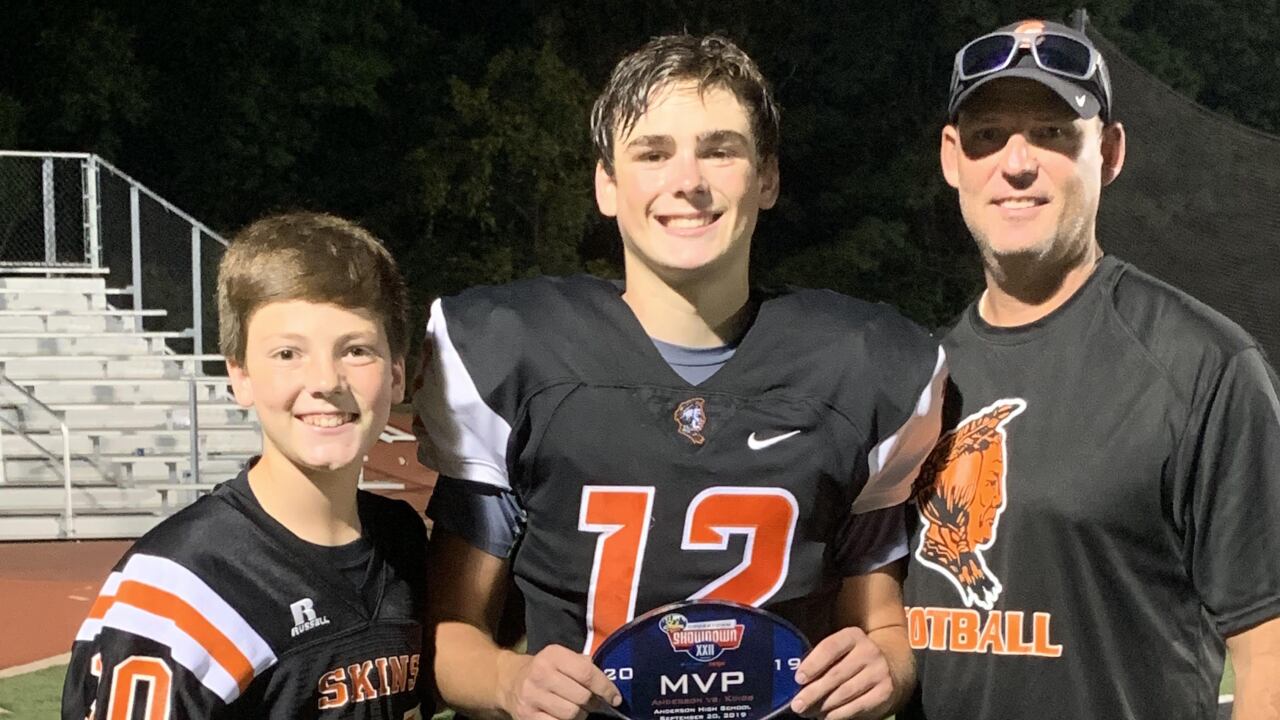 When Doug Kuhn, Jackson's father, coached at Milford High School, he held his son in a baby carrier at practice.

In grade school, Jackson became a ball boy for Anderson. That's where he saw Anderson win a 2007 state championship with his father on the coaching staff.

"I always wanted to play for Anderson; it's been a dream of mine forever," Jackson said. "It means a ton to me."

Jackson crossed paths with some of the most talented players in Anderson program history as he grew up. Doug Kuhn also coached Jackson in youth football.

"Some of my best memories with Jackson is looking over and seeing him with (Jacksonville Jaguars offensive lineman and former Anderson standout) Andrew Norwell building a house out of agile pads and blocking pads and stuff," Doug Kuhn said.

Those memories are part of why this season is so significant to the Kuhn family as Jackson leads Anderson one final time.

That was evident this offseason. After missing the final two games of his junior season due to injury, Jackson was determined to have a memorable senior year with his teammates.

"During the COVID, he was begging me to buy more weights for the basement," Doug Kuhn said. "He was down there all the time working out. Not just one time a day. He was working out multiple times a day doing weight training and then also CrossFit stuff out on the driveway."

The Anderson players had to overcome the challenge of limitations related to the pandemic during offseason workouts and summer practice.

"I think the biggest thing is that his leadership vocally has done remarkable things over the course of this year."

Doug Kuhn, a longtime Cincinnati firefighter, has seen the maturation in his eldest son this year. Doug played free safety and wide receiver at Anderson before graduating in 1992.

He has enjoyed Jackson's journey all these years later.

"His work ethic is the reason why Jackson is where he is today, honestly," Doug Kuhn said. "He always put that on him to be the best that he could be."

After two stints of coaching at Anderson, Doug Kuhn is now in the Forest Hills School District as a Nagel Middle School eighth-grade coach. His youngest son, Brady, is in the seventh grade.

"My relationship with my boys -- I wouldn't change anything," he said. "I'm so happy that I've been able to be a part of their life coaching and teaching the lessons that they will use in the future, too."

Jackson, 18, has taken those life lessons to heart. He wants to play college football. But he's also cognizant of the priority on academics. He has a 3.95 grade-point average and would like to study finance.

"With Jackson, no matter what he decides to do in the future I know he is going to be successful," his father said. "It just makes me proud."

That pride is evident through the father-son bond within the Anderson football program.

"He's coached me my whole life," Jackson said. "It's definitely really special spending the time with my dad over football. It's something I will never take for granted. It's just been awesome."