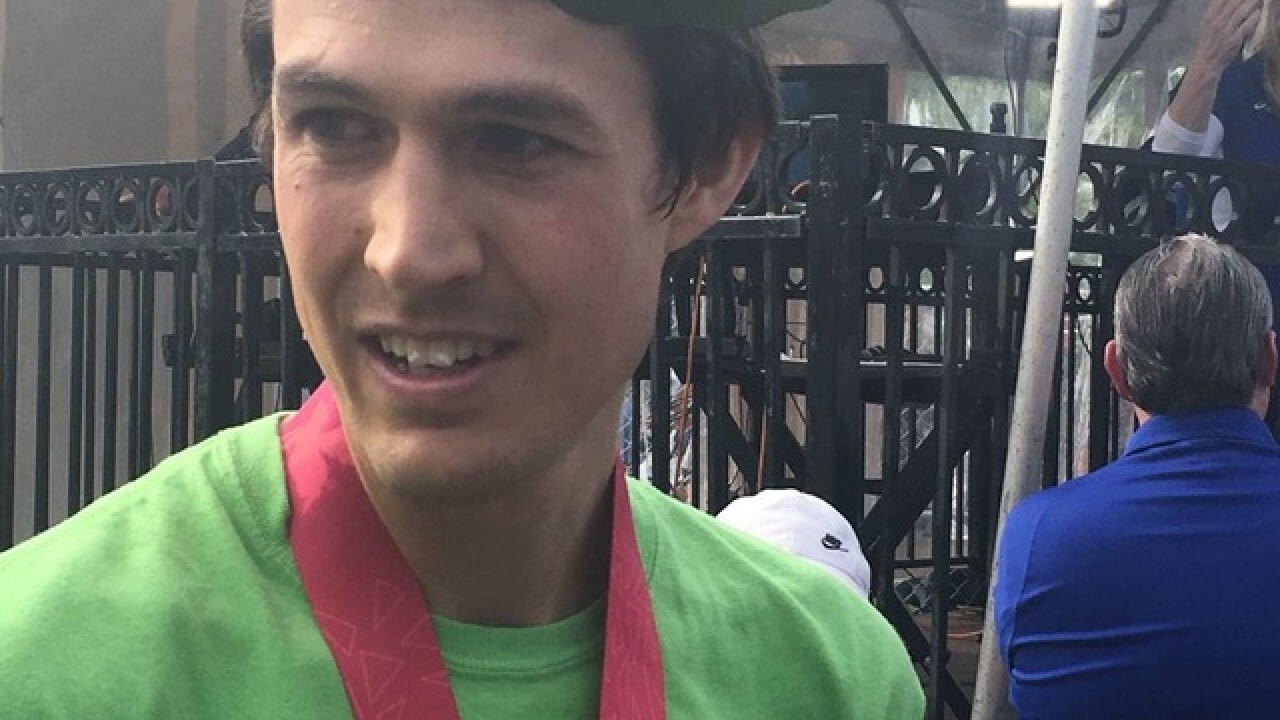 Copyright 2018 Scripps Media, Inc. All rights reserved. This material may not be published, broadcast, rewritten, or redistributed.
Breanna Molloy | WCPO
<p>CINCINNATI. May 6, 2018. Aaron Viets was the overall winner in the 20th annual Flying Pig Marathon.</p> 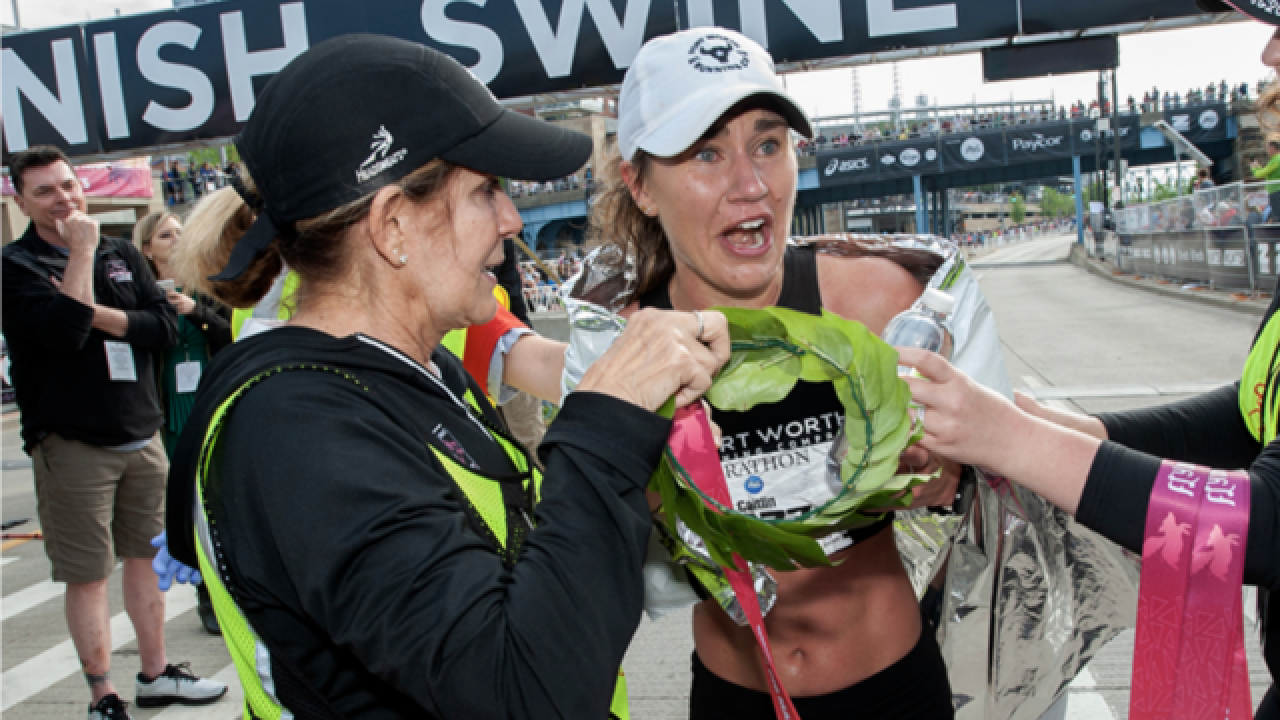 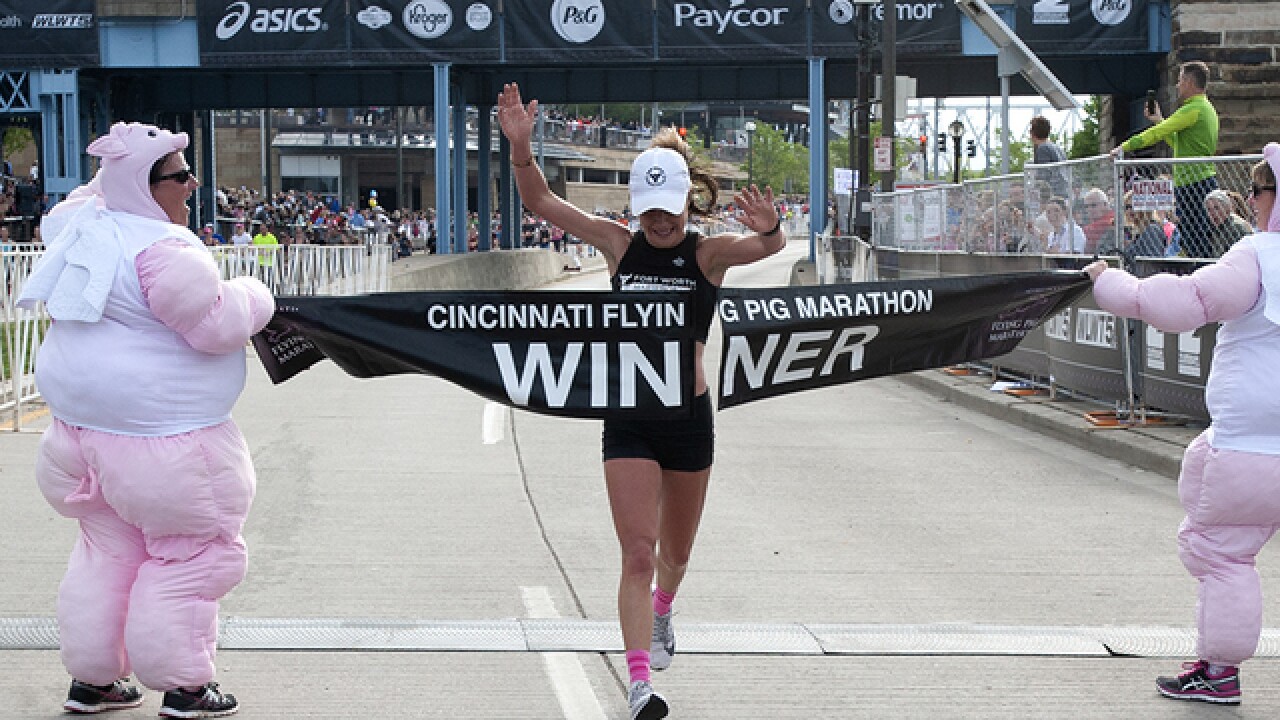 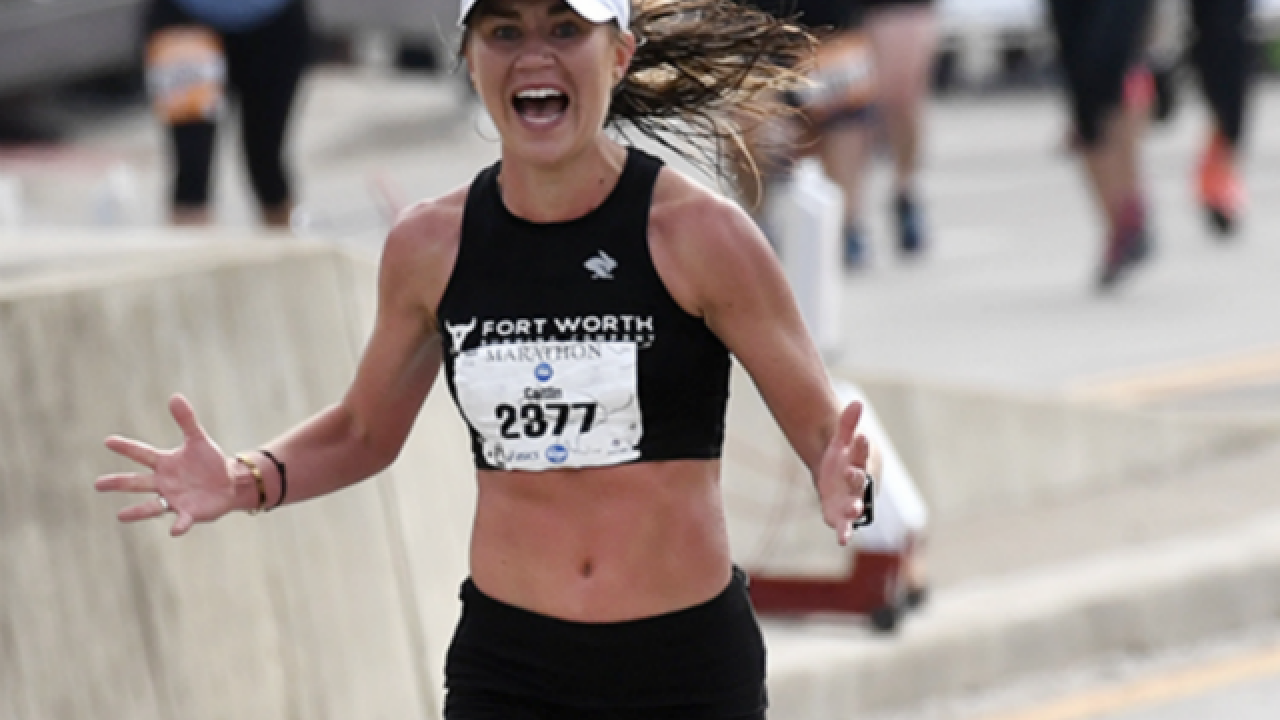 When she was 12 years old, Keen saw her first Flying Pig Marathon. Her family had just moved from California to Hyde Park. She went to St. Mary School, and she watched the runners go past her school on Erie Avenue.

Then and there, she decided she'd win the Flying Pig one day.

"And I remember this one girl, who was not very nice, was like, ‘No you won’t,’" Keen said.

Keen said she was all set to go to McNicholas High School after eighth grade, and then her family moved to Texas. But she never lost her determination to win the Flying Pig and she never forgot what that girl said.

She just used it as motivation.

GALLERY: The best photos of the 2018 Flying Pig Marathon

Keen never stopped pushing herself until she finally reached her goal Sunday, breaking the tape and winning the women's division in 2:46:41. She finished 12th overall.

Afterward, in an emotional interview, she cried, she laughed, and she cried some more.

It wasn't easy to become a champion.

"I've never broken a tape in my life," Keen said. "I was an OK high school runner. I never won a state championship. I walked on at a Division I school, Southern Methodist University in Dallas. I ended up getting a full ride my senior year. I never was a winner. Never was an all-American."

That changed in two hours, 46 minutes and 41 seconds. Now she's ready to pursue her next dream - making the 2020 Olympic team.

"I'm so close to qualifying for the (Olympic team) trials, it's unbelievable," she said through tears. "I'm so happy. It means everything."

At the finish line, where she was overcome with the emotion of the moment, Keen waited for her mother to finish the half marathon.

Then she placed her medal around her mom's neck.

Caitlin Keen’s mom just finished the half marathon! Keen put her 1st place medal around her moms neck when she crossed the finish line. @WCPO pic.twitter.com/YtNiRS68A4

WATCH WCPO anchor team cheer runners in front of 9 On Your Side studios:

Sunday's race, the 20th Flying Pig since it began in 1999, saw 6,546 people registered for the full marathon and 13,420 for the half marathon. More than 43,000 people registered to take part in at least one event over the Pig's three days.

Participants came from all 50 states and 22 countries.

Aaron Viets, a physics professor from Wisconsin, took first place overall with a time of 2:29:36. Viets spread the winnings, too: He promised his students extra credit if he won.

Kerry Lee, a math teacher and cross country coach at Anderson High School, placed second among women and 20th overall. She won the women's division last year and has placed in the top three since 2011.

Jack Butler, from Loveland, Ohio, won the half-marathon with a time of 1:10:39. Molly Trachtenberg, of Boston, Massachusetts, was the female winner and 16th overall, finishing the half in 1:22:19.

WATCH Jake Ryle's inside look at the Flying Pig: