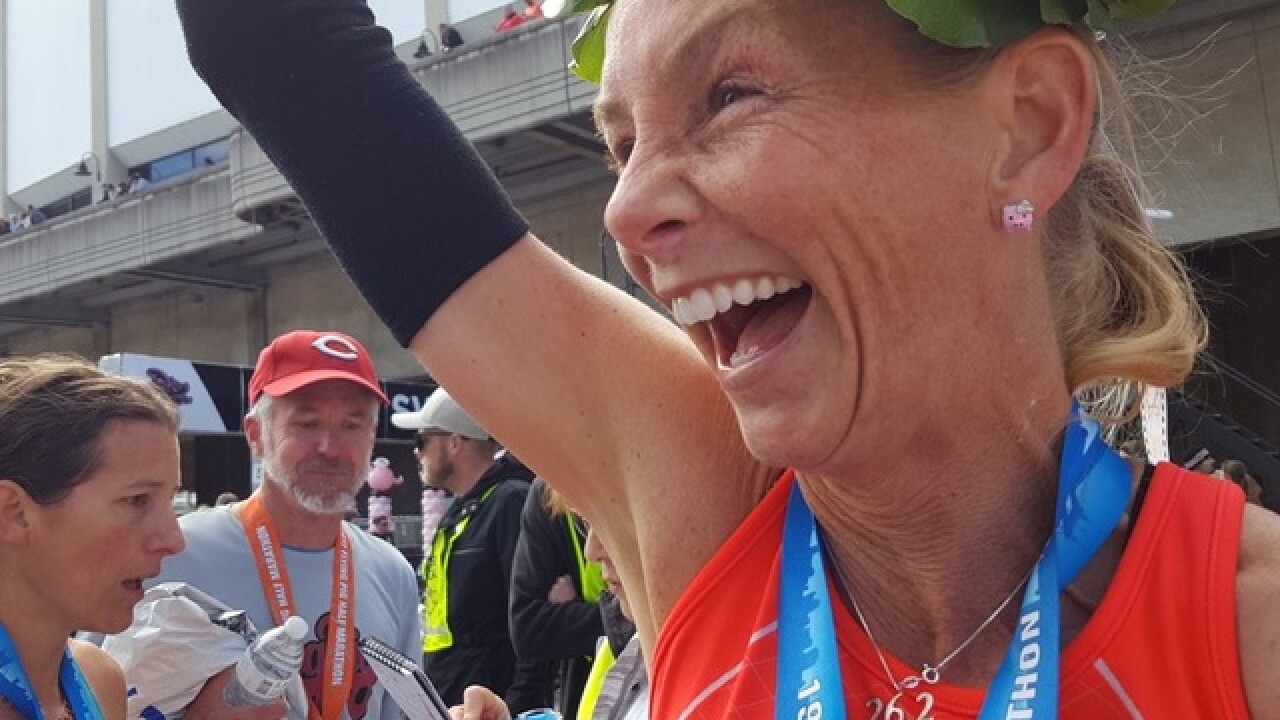 Sweet moment for Kerry Lee as she wins the #FlyingPig, accompanied by Anderson HS runners. pic.twitter.com/BmrtzyRrUt

Lee, 42, had placed in the top three since 2011. Last year, she ran out of steam at mile 21 and eventual winner Anne Flower overtook her.

But Lee stayed strong throughout this year's race, averaging a pace of 6:38. She ran 7:04 in her last mile.

"Every year I've wanted it more," she said. "It's really just because of the kids I coach. I want to show them grit."

Kerry Lee says her team at Anderson High keeps her motivated. More from the female marathon winner at 6. @WCPO pic.twitter.com/X1u92rUhHd

University of Cincinnati graduate Jack Randall was the overall winner of the 19th annual Flying Pig Marathon, with an unofficial time of 2:33:43.

READ more about the winners

Sunday was Randall's first time running the Flying Pig and his fifth marathon overall. The 22-year-old from Dayton, Ohio had an average pace of 5:52. He ran 5:56 in his last mile.

Briana Harper and Kristen Swilley contributed to this report.