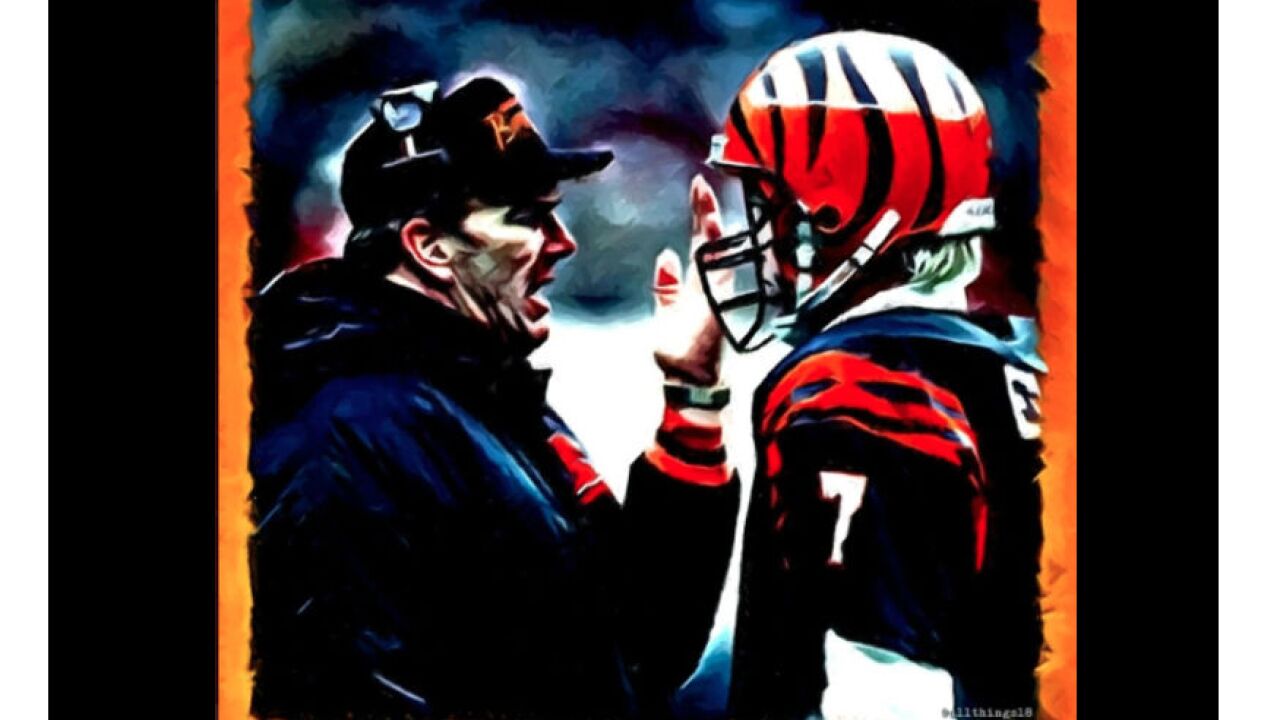 Former Bengals, sports figures and others remember Sam Wyche upon his death on Jan. 2, 2020.

We lost a great coach, an amazing man who cared deeply about people. We lose a close friend. Our prayers 🙏for Jane and family. God Bless you

Remembering Sam: Wyche barred women reporters from the Bengals locker room. He explained himself wearing this towel after a game. This picture appeared in Sports Illustrated. @Popo_WCPOSports pic.twitter.com/HSRBtdU6np

My coach, my mentor. He was an innovator and took chances that no coach ever would. He was an even better human being. He loved his players and always kept it interesting. He taught me how to be a NFL QB. My heart breaks for his wife Jane his kids Zak and Kerry. #onelastwhodey pic.twitter.com/oI8efRQIui

Sad news on Sam Wyche's death. But grabbing a mic mid-NFL game and roasting an entire rival city, to an explosion of cheers, is a heck of a legacy. pic.twitter.com/TJVKaAoKnr

Remembering Sam: Not sure why I saved it but here's the Bengals news release when Sam was hired in 1984. It said his interests were magic,guitar,tennis and home computers. Imagine that,in 1984? pic.twitter.com/TxDmV5oOTJ

Sam Wyche was a really good man. He was my first Head Coach in the NFL, he believed in me enough to draft me. I was always grateful to him for that. He was smart, funny and a great human being. Our prayers and thoughts go out to Jane and the rest of the Wyche family. RIP Sam. https://t.co/LwSNW7k6Kd

Remembering Sam: During Christmas season of 84-85, I covered Sam Wyche with Cris Collinsworth and Turf Schonert with kids at Beech Acres. Sam did magic tricks. Had the longest fingers I had ever seen. The Kids were mesmerized. @WCPO

Statement from #Bengals President Mike Brown on the passing of Sam Wyche. pic.twitter.com/Y1fvmm7Aff

Remembering Sam: Sam Wyche was way ahead of his time when it came to offense. When Boomer Esiason threw a touchdown pass to Anthony Munoz with one second left in regulation vs the Browns in 1984, the fans ate it up. Jim Breech won the game in OT. @WCPO

I always enjoyed being around Sam Wyche. Heck of a guy and a brilliant offensive mind. People thought he was crazy running the no-huddle as a base offense back in the 80s. Next time your team gets a penalty for too many in the huddle, think of Sam; his use of it got it outlawed.

Remembering Sam: When Sam Wyche was hired in 1984, Paul Brown held up some notes that Sam had made as a player back in the 60's and 70's. PB had saved them, saying he knew this guy was coaching material. @WCPO

Remembering Sam: The Bengals lost their first five games that Sam Wyche coached. As he started his postgame news conference briefing after his first win, Sam looked up and asked "Has the President called? Is President Reagan on the line?' He had a great sense of humor. @WCPO

We are saddened to learn of the passing of Sam Wyche '66, a football and Furman legend and an advocate for organ donation. pic.twitter.com/Iat5I4TCyt

We are saddened to hear of the passing of Coach Sam Wyche. Coach Wyche, a heart transplant recipient, dedicated his post-transplant life to raising awareness on the need for registered organ donors. He will forever be an honorary member of our CORE Advocates. #CoachWyche pic.twitter.com/S0mDSf4mHb