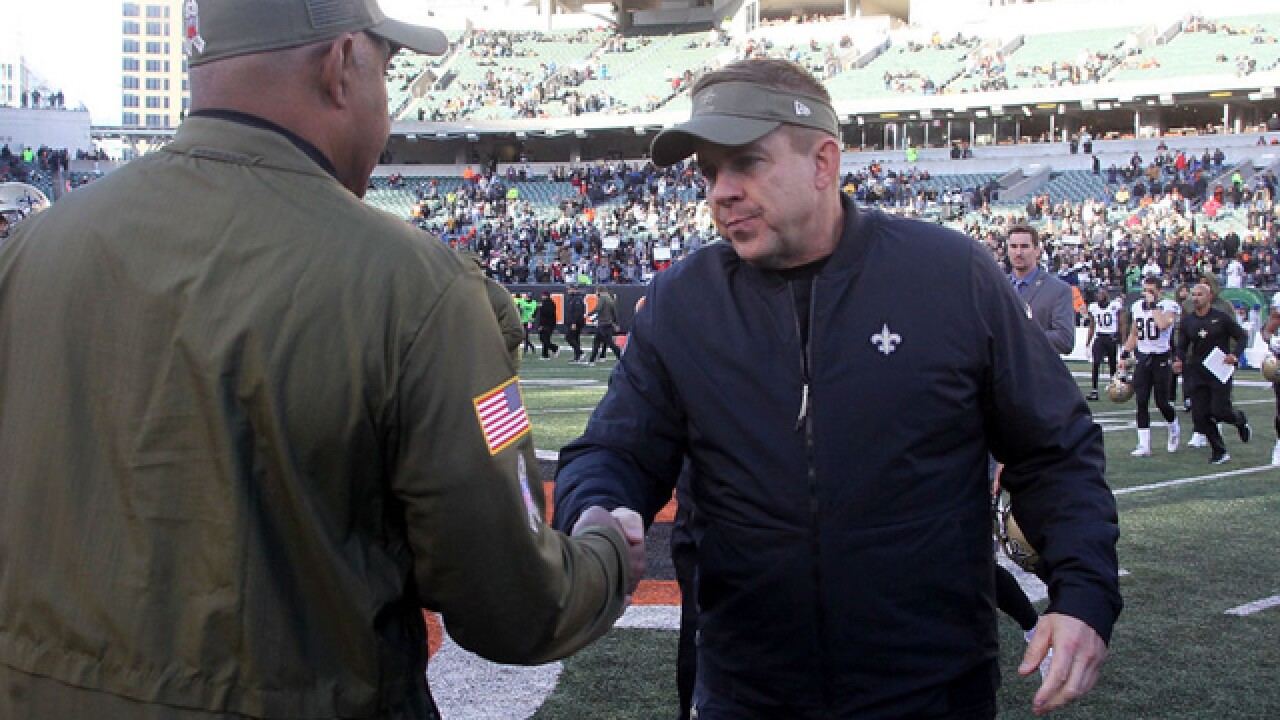 METAIRIE, La. (AP) — Saints coach Sean Payton said he broke a blaring fire alarm in visitor's locker room at Cincinnati's Paul Brown Stadium and that he intends to ensure the repairs are paid for.

Payton said it would be "a little sensationalist" to say he "destroyed" the fire alarm and that the act was not intended as a motivational ploy.

Rather, Payton said the alarm had been blaring for what seemed to him like 10 minutes and that he "needed the noise to stop" as he prepared his team to play against the Bengals.

The Saints beat the Bengals 51-14 for their eighth straight victory.

Payton said he considers the Brown family, the Bengals organization and coach Marvin Lewis to be close allies for whom he has a lot of respect.

Copyright 2018 The Associated Press. All rights reserved. This material may not be published, broadcast, rewritten or redistributed.
Listen to the latest episode of The Flying Pigskin podcast: