Bengals add to Joe Burrow's weapons in second round 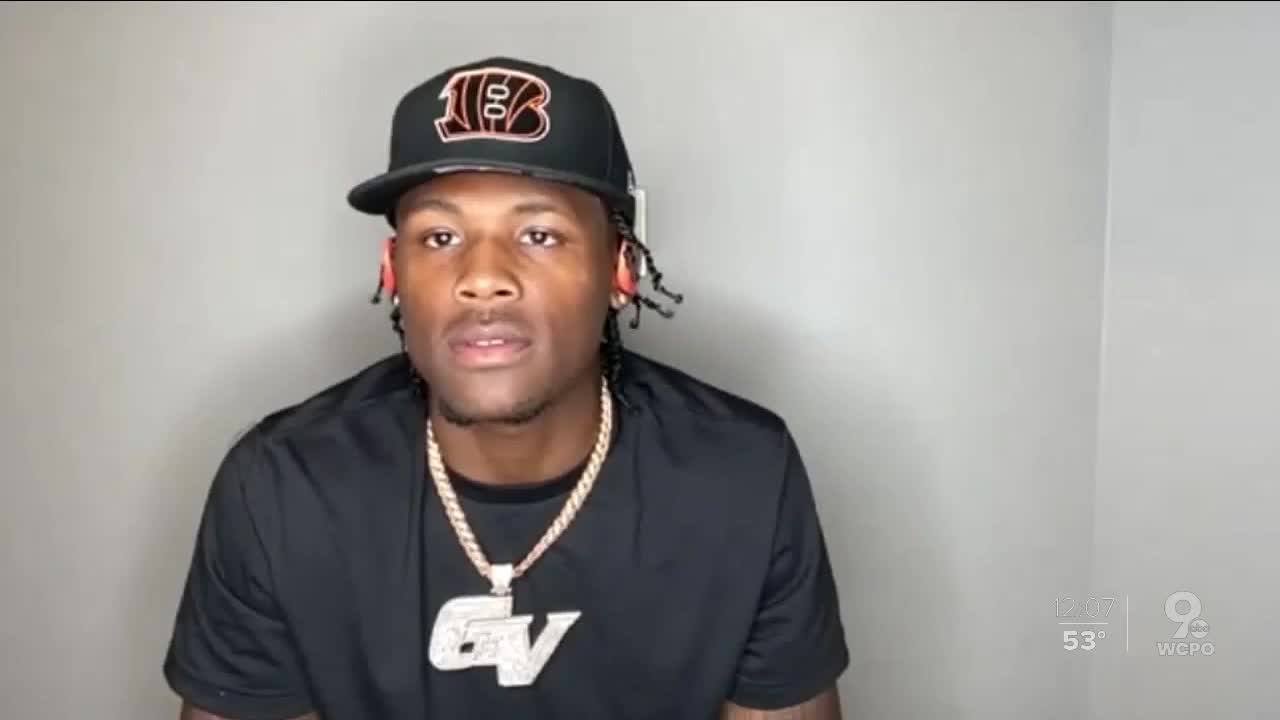 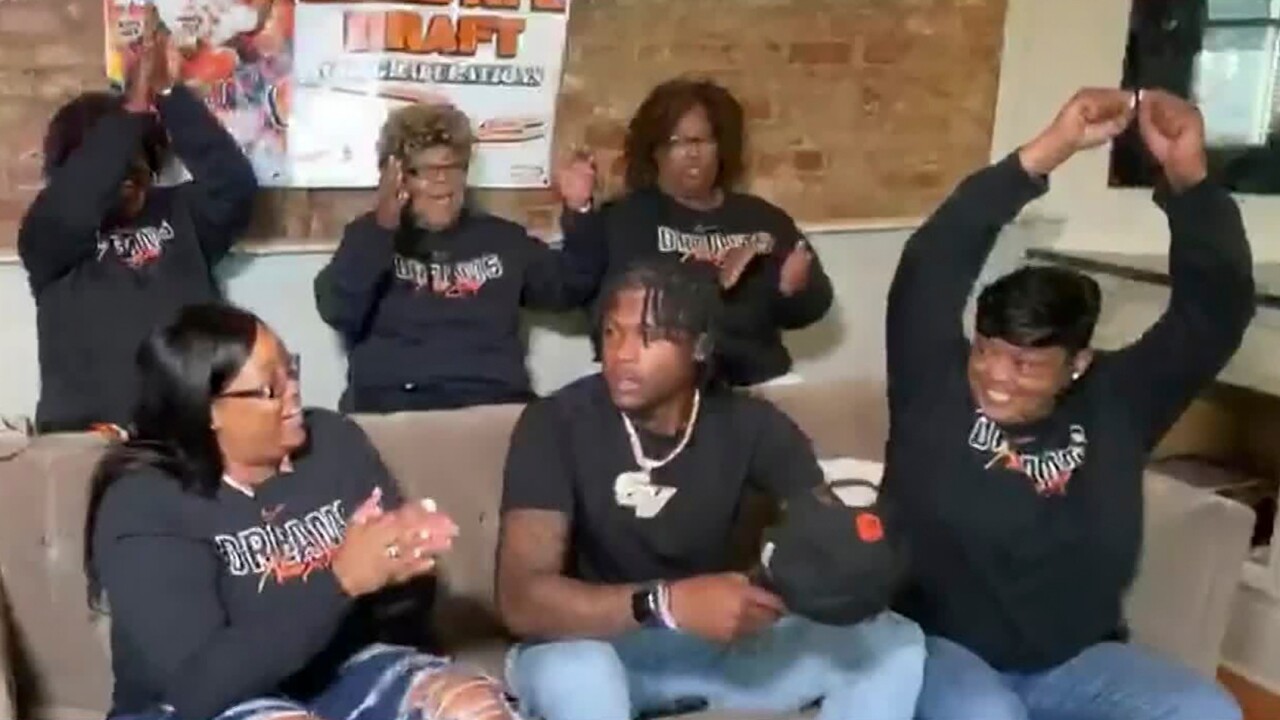 WATCH the NFL Draft at noon Saturday on ABC and WCPO 9.

CINCINNATI - Tee Higgins dreamed of playing for the Bengals and now he will.

The Bengals got another top-rated playmaker for top pick Joe Burrow by selecting Higgins, a wide receiver from Clemson, in the second round of the NFL Draft Friday night.

And Higgins got his wish.

"That was my favorite team growing up," the Oak Ridge, Tennessee, native told NFL Commissioner Roger Goodell on camera during the virtual draft telecast.

Later, talking with Cincinnati media, Higgins said he became a Bengals fan after they drafted wide receiver A.J. Green in 2011.

“I actually model my game after him,” Higgins said. “Man, it’s crazy. I was just talking about this to my good friend — I could end up with the Bengals and be his teammate one day. Now that this moment is here, it’s surreal.”

.@teehiggins5 with his first "WHO DEY" as a Bengal! ⤵️ pic.twitter.com/FpE4oSb1LL

In the third round, the Bengals set out to plug a hole on defense by taking linebacker Logan Wilson of Wyoming. Head coach Zac Taylor called getting Higgins and Wilson a "best-case scenario" for the Bengals.

Ironically, Higgins' draft profile on NFL.com says he compares most closely to the 31-year-old Green among NFL receivers. At 6-4 and 216 pounds, Higgins is tall and built like Green (6-4, 210) with long strides and speed to run past defenders.

Long-term, Higgins could become heir apparent to the nine-year veteran. Short-term, the rookie could see a lot of action if Green doesn't recover from injuries that sidelined him for all of last year and half of 2018. Either way, Higgins joins Tyler Boyd and free-agent signee Mike Thomas to give the Bengals a strong corps of receivers and another reliable alternative to John Ross.

Tee Higgins is coming to Cincinnati!

Taylor said Green's contract status had nothing to do with picking Higgins.

“We want him here for a long time,” the coach said. “This in no way, shape or form affects what we think about A.J.”

Higgins said he had a meeting with Taylor right before the COVID-19 shutdown and left thinking, “That is a guy I want to play for. ... I knew it was a special connection with the Bengals."

The feeling was mutual, Taylor said.

"We felt Tee was a first-round pick, so for him to be there at No. 33 was very special," Taylor said.

#Bengals had high regard for Higgins and felt like they had to get him. He has mentality he’s not going down after a catch, he’s going to go score, Taylor said. “Lot of great traits we liked about Tee.”

"He has the mentality he’s not going down after a catch, he’s going to go score." Taylor said. “Lot of great traits we liked about Tee.”

Higgins said he was going to celebrate with his favorite meal, a McDonald’s double cheeseburger with fries. That's something that goes back to his high school days.

(a holiday declared by his hometown)

“Go to McDonald’s. Get you a double cheeseburger, plain, with some fries.”

Higgins finished his Clemson career tied for the most receiving touchdowns in school history (27) with NFL stars DeAndre Hopkins and Sammy Watkins. In 2019, Higgins had 59 catches with 13 TDs and averaged 19.8 yards per catch.

Higgins is a great athlete who was runner-up for Tennessee's Mr. Basketball in high school before deciding to focus solely on football. He was the state's Class AAAAA Mr. Football as a junior and senior.

Not to be overlooked...

The Bengals' top 2 picks in the draft played against one another in the national championship this year.

The Bengals listened to offers for the first pick of the second round before deciding to take Higgins.

Not that it mattered, but Taylor said his son Brooks had some interesting trade ideas. But when asked which wide receiver he liked, he named Higgins.

The draft continues Saturday at noon with the Bengals still picking first in the final four rounds.

So far, so good, Taylor said, and he expects that to continue Saturday.

"I'm sure there's going to be some really great value at the top of the fourth round," Taylor said.

READ more about Higgins in his draft profile on NFL.com.