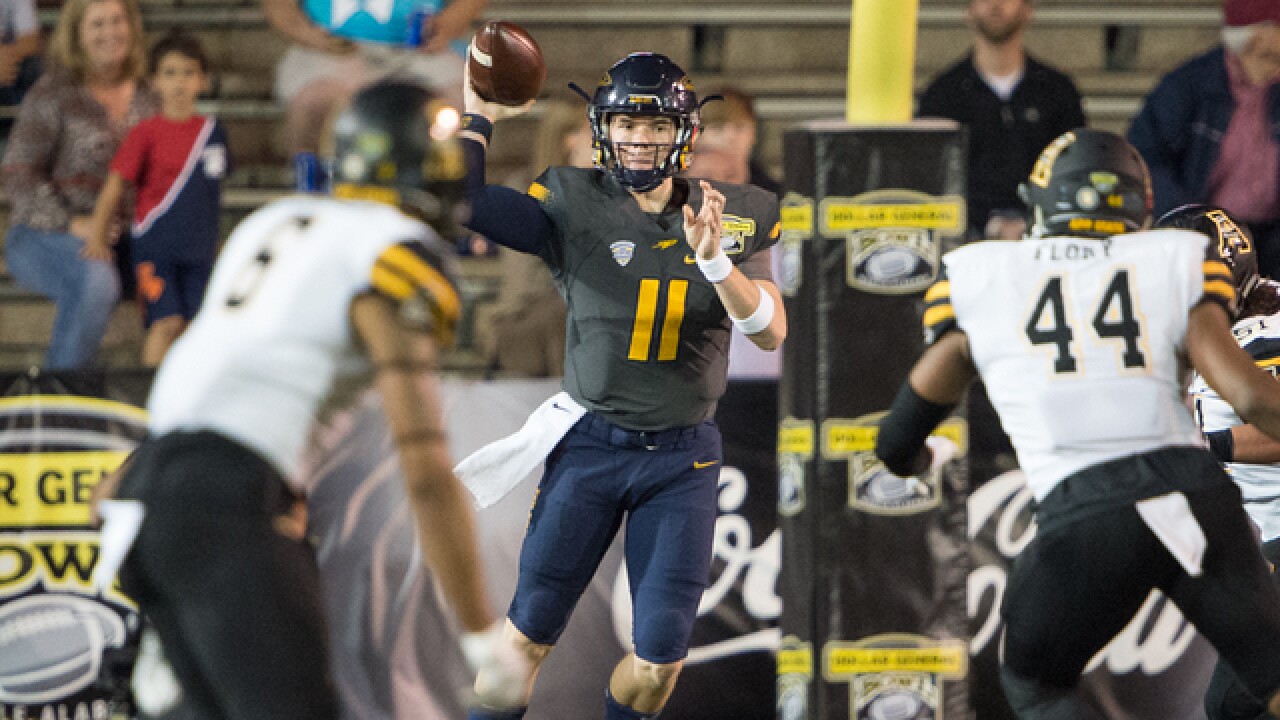 Image copyright 2017 Getty Images. All rights reserved. This material may not be published, broadcast, rewritten, or redistributed.
Michael Chang
<p>MOBILE, AL - DECEMBER 23: Quarterback Logan Woodside #11 of the Toledo Rockets looks to throw the ball during their game against the Appalachian State Mountaineers on December 23, 2017 at Ladd-Peebles Stadium in Mobile, Alabama. (Photo by Michael Chang/Getty Images)</p>

The arrest report states an officer pulled over Woodside for going 10 miles per hour above the speed limit, and then determined Woodside was under the influence, the Journal-News reported.

"We are aware of the incident involving Logan Woodside and are gathering more information," a Bengals spokesperson told the Journal-News.

The Bengals drafted Woodside in the seventh round of this year's draft. The Frankfort native played for the University of Toledo. He made first-team All-MAC as a junior, completing 69 percent of his passes for 4,129 yards and leading the nation with 45 touchdown passes (against just nine interceptions), according to NFL.com.