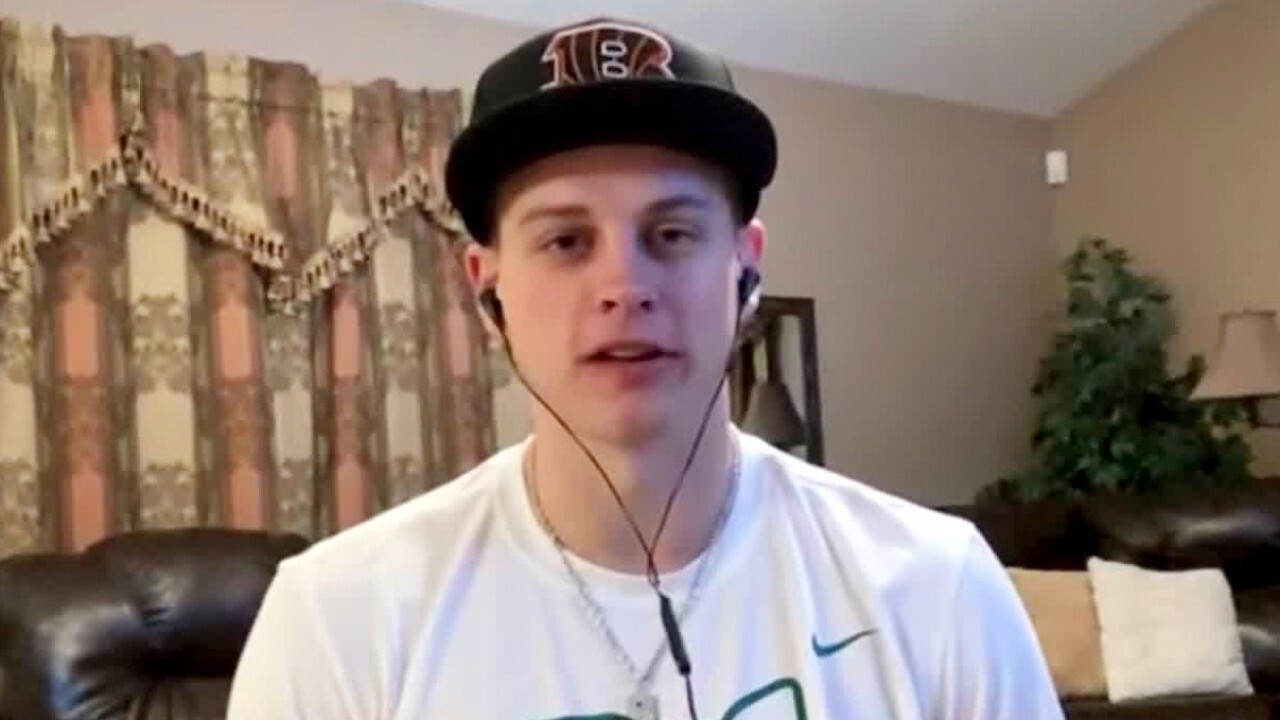 He won the Heisman Trophy in 2019 during Louisiana State University's national championship season.

Honored to partner & support the Athens County Food Pantry & Foundation for Appalachian Ohio in conjunction with the Joe Burrow Hunger Relief Fund. Thank you to @kroger, @bose, & @peoplesbank for joining me in kick starting this program.  For more info click the link in my bio pic.twitter.com/cD5bJROZQ6

“I’m so grateful for the outpouring of support from people across the country around the food insecurity issues faced by those in my region,” Burrow said in a news release. “The initial funds that were raised have had an immediate impact for people throughout Athens County, and I am honored to lend my support and voice to this new initiative that will ensure that impact lasts long into the future.”

RELATED: Joe Burrow is the pride of Athens County

The creation of the Joe Burrow Hunger Relief Fund is the latest chapter in an unfolding story of unprecedented grassroots giving, initially sparked by Burrow's remarks during his Heisman Trophy acceptance speech in December 2019 in New York City.

When Burrow stood up on stage to accept the Heisman Trophy, he shared his experience growing up in a community where many classmates and neighbors didn’t know about their next meal.

He shared the story of a county struggling with a nearly 20% rate of food insecurity, according to the release, and his speech prompted an outpouring of generosity. In the first three days after he spoke, the Athens County Food Pantry had raised $300,000.

The pantry recently invested $350,000 to create the Joe Burrow Hunger Relief Fund at the Foundation for Appalachian Ohio (FAO).

The fund is possible due to thousands of gifts from Athens to Louisiana and beyond. Each of those gifts has been matched dollar-for-dollar by the Foundation for Appalachian Ohio.

“After Joe Burrow’s speech, the gifts to the food pantry just kept coming: $5 here, and $30 there, on and on for weeks. It was awe-inspiring,” said Karin Bright, president of the Athens County Food Pantry. “What we then had to decide was how the more than $650,000 that was raised could make the greatest difference for the children and families of our communities. Knowing the scale of the persistent need, and that the problem could never be solved overnight, we decided to take a portion of the money, pair it with matching dollars from FAO, and invest it in an endowment fund. The Fund is set up to ensure that we will have long-lasting and ever-growing resources to continue making a difference for generations to come.”

The roughly $650,600 raised for the Athens County Food Pantry by Jan. 31 came through contributions from well over 13,000 people, inspired by Joe Burrow’s speech and donated largely through an impromptu Facebook fundraiser.

“When we listened to Joe Burrow’s speech and heard him say that any child of Appalachia can ‘be up here too’ – accepting a Heisman Trophy – we knew that we had found a kindred spirit and a leader,” said Cara Dingus Brook, president and CEO of the Foundation for Appalachian Ohio.

“All new gifts to the Joe Burrow Hunger Relief Fund will help us amplify his message, and reach the many children, families, and individuals in need of support from the Athens County Food Pantry for many years. The COVID-19 crisis has made all the more plain the great needs and inequities in our communities. We hope the creation of this Fund will give us all the chance to make just as clear our commitment to our neighbors as well.”

A number of organizations have already pledged their support to the fund, including Kroger, Peoples Bank, and Bose.

More information can be found here.