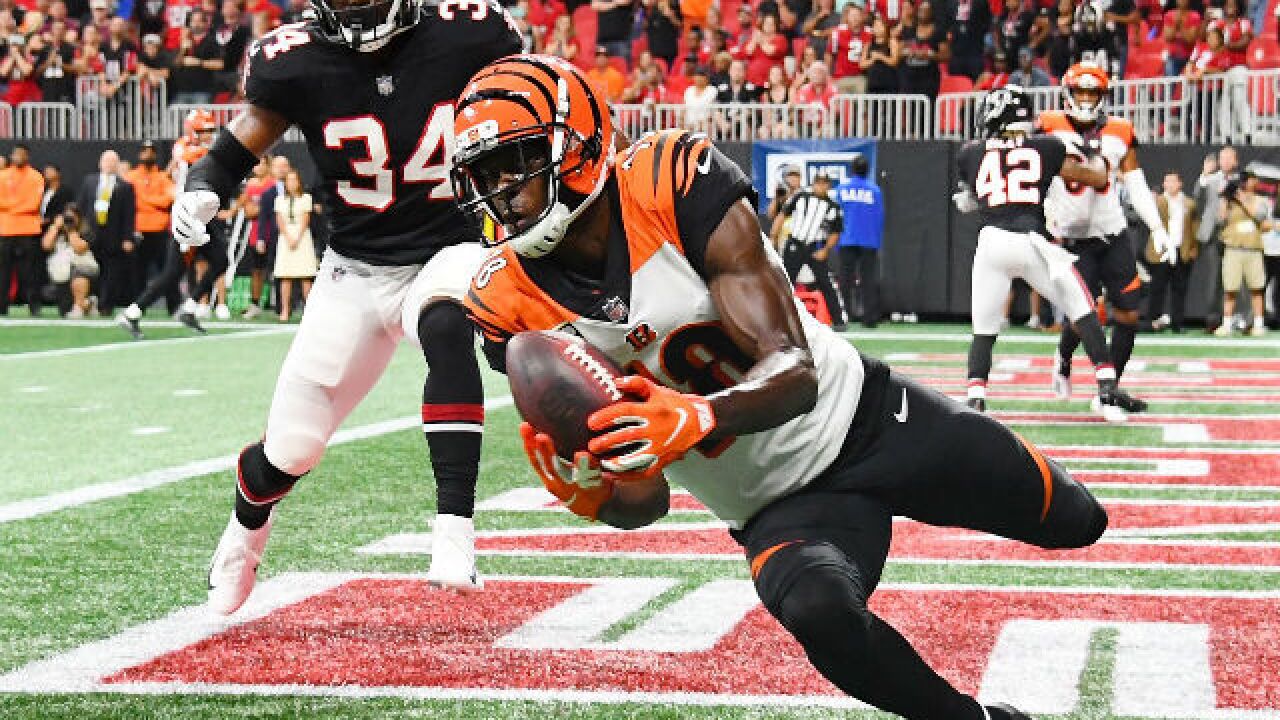 Image copyright 2018 Getty Images. All rights reserved. This material may not be published, broadcast, rewritten, or redistributed.
<p>ATLANTA, GA - SEPTEMBER 30: A.J. Green #18 of the Cincinnati Bengals catches the game winning touchdown pass during the fourth quarter against the Atlanta Falcons  at Mercedes-Benz Stadium on September 30, 2018 in Atlanta, Georgia. (Photo by Scott Cunningham/Getty Images)</p> 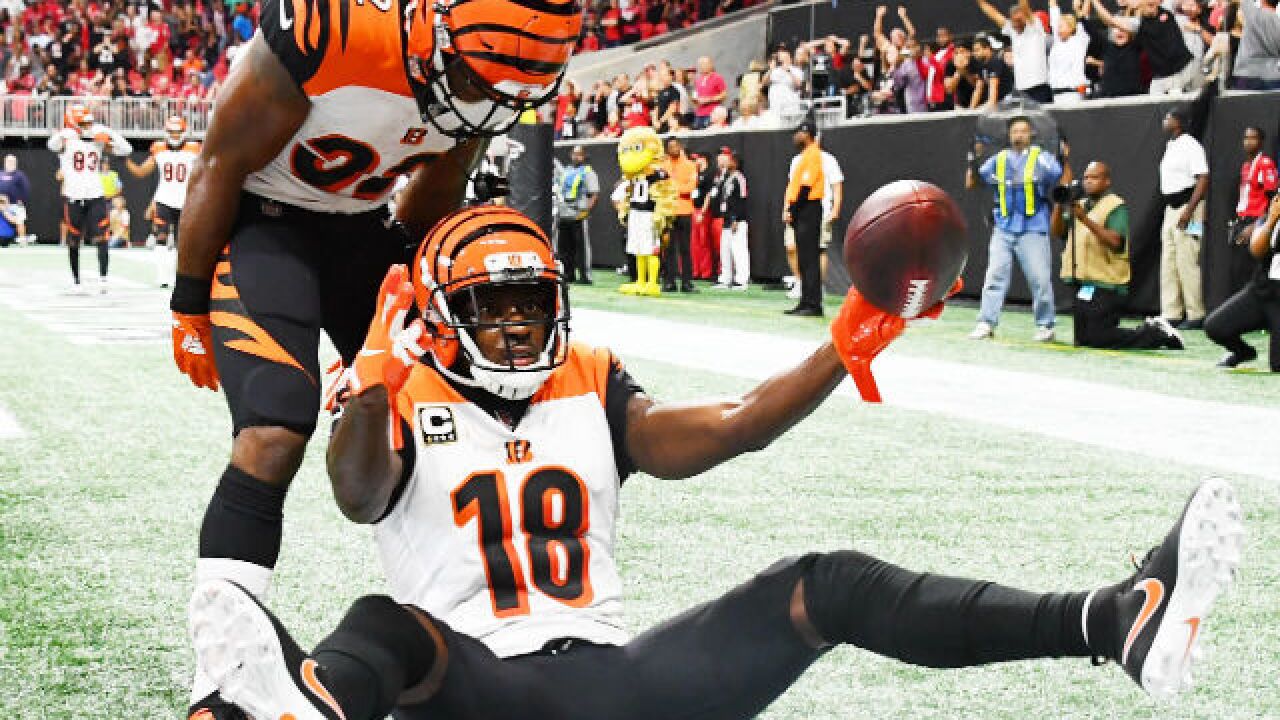 "They went crazy," Kirkpatrick said. "Watching them do what they do puts big smiles on everybody's faces. This is what it's about."

Andy Dalton's 13-yard touchdown pass to Green with 7 seconds remaining enabled the Bengals to a pull out a thrilling 37-36 win on Sunday. Green, the former University of Georgia star making his NFL return to the state, made a diving catch in the right side of the end zone. He had four catches for 78 yards.

Running back Joe Mixon, who missed his second straight game for Cincinnati while recovering from knee surgery, ran down the sideline to celebrate with Green in the end zone.

"Every time we were in the huddle we were encouraging each other and saying we've got to find a way," said tight end C.J. Uzomah. "We made it happen."

Dalton was sensational on the winning drive, moving the Bengals 75 yards in 16 plays. He completed two fourth-down passes passes to Boyd, who had 11 catches for 100 yards. Then he threaded the needle to Green, rifling a pass between two defenders.

Dalton completed 29 of 41 passes for 336 yards and three touchdowns, including a 15-yard strike to Tyler Eifert and a 39-yarder to John Ross.

Giovani Bernard ran for 69 yards and two touchdowns for Cincinnati (3-1).

After being tackled by De'Vondre Campbell and Jack Crawford, Eifert brought his hands up to his helmet and writhed on his back in obvious pain. His leg stabilized by the medical staff, Eifert received encouragement from teammates before he was carted off the field.

The game was a tale of two halves. The Bengals scored touchdowns on each of their four possessions and took a 28-24 halftime lead. But both offenses went stale in the second half, and the Bengals only managed a field goal until the final minute.

Atlanta's Matt Bryant, who kicked three field goals, including a 55-yarder in the second quarter, was good from 32 yards to give the Falcons a 36-31 lead with 4:15 remaining.

That was too much time for Dalton to work.

The Bengals, protecting at least a share of the AFC North lead, have enjoyed a strong start despite playing three of their first four games on the road. They play six of their next eight at home.

As was the case last week, when he had his first career game with five touchdown passes in a 43-37 overtime loss to New Orleans, Ryan had too little support from a defense missing three injured starters, despite three sacks from Takk McKinley .

The Falcons (1-3) topped 30 points for the third straight week. Ryan, the 2016 NFL MVP, has thrown eight touchdown passes in his past two weeks and has 10 through four games after throwing only 20 in 2017.

Falcons coach Dan Quinn said his team lacks the instinct needed "to close the door" with a lead. "We're going to develop that instinct," he said. "We do not have it as we need it right now."

Former President Jimmy Carter was given a No. 39 Falcons jersey, as the 39th U.S. president. In a pregame ceremony, Carter was presented a birthday cake by team owner Arthur Blank one day before Carter's 94th birthday.

Each team was without its top running back. Devonta Freeman missed his third straight game for Atlanta with a sore right knee. Mixon was held out for the second straight week for the Bengals after having debris removed from his right knee. Mixon is due to return next week.

The Bengals lead the series 9-5 following their first win in Atlanta since a 16-10 victory on Nov. 15, 1987, at old Atlanta-Fulton County Stadium.

Falcons: Visit the Pittsburgh Steelers on Sunday in first road game since opening season at Philadelphia.