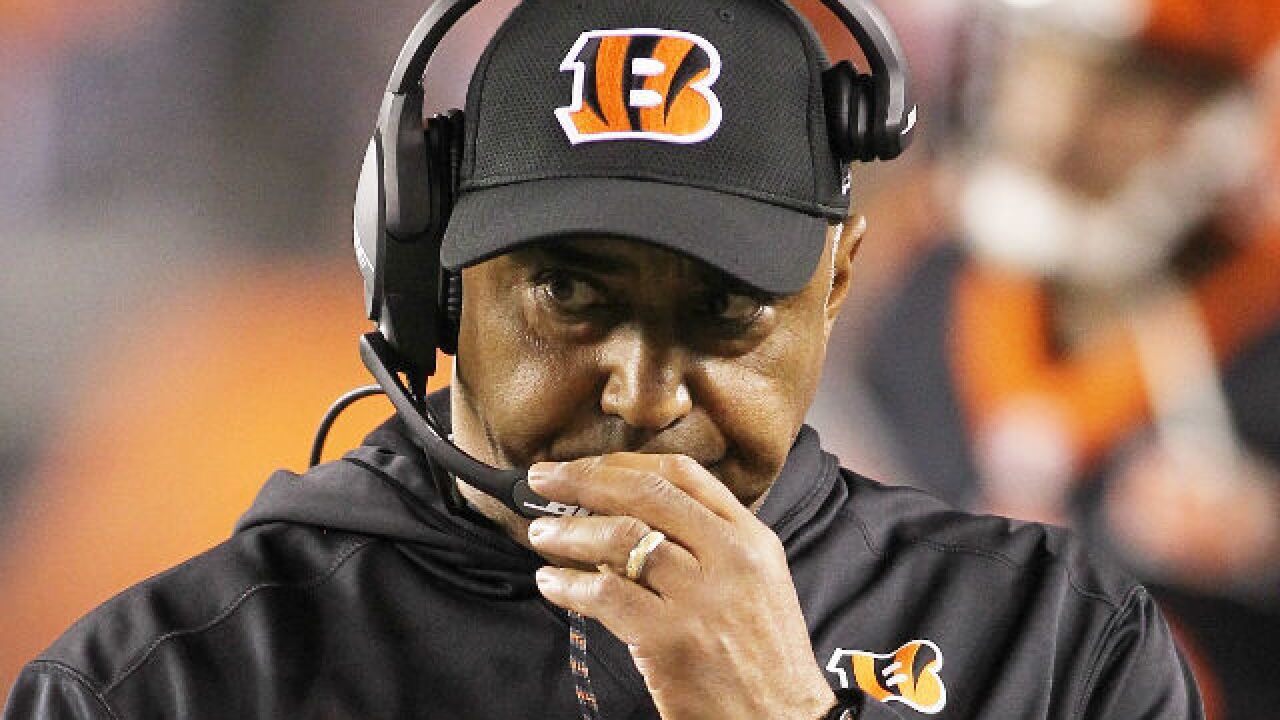 Image copyright 2017 Getty Images. All rights reserved. This material may not be published, broadcast, rewritten, or redistributed.
<p>CINCINNATI, OH - DECEMBER 04: Head coach Marvin Lewis of the Cincinnati Bengals talks on his headset against the Pittsburgh Steelers during the first half at Paul Brown Stadium on December 4, 2017 in Cincinnati, Ohio. (Photo by John Grieshop/Getty Images)</p>

Editor's note: Three weeks after we published this story, Marvin Lewis agreed to a two-year contract with the Bengals. The team said he'd remain head coach through the 2019 season.

NFL Network Insider Ian Rapoport reported it was a mutual decision. The team had no comment.

After 15 seasons in Cincinnati, Marvin Lewis is planning to leave the Bengals after this season to pursue opportunities elsewhere, league sources tell ESPN.

But Lewis refuted these claims in a post-game press conference Sunday.

“I have not made decisions about anything, as I’ve told you how many times,” Lewis said.

Lewis became the Bengals' ninth head coach on Jan. 14, 2003, and the team finished that season 8-8 -- a six-game improvement over the prior year. With 15 years with Cincinnati, Lewis has the second-longest tenure in the league after New England's Bill Belichick.

But now he has an expiring contract, an 0-7 career record in the playoffs, and is bound for a second straight absence from the postseason.

COLUMN: Could Bengals go the way of post-Dusty Reds?

The Bengals are 5-8 heading into Sunday's game against the Vikings in Minneapolis. They were already suffering from an emotional hangover from their 23-20 loss on Dec. 4 to bitter rival Pittsburgh when they were drubbed 33-7 at Paul Brown Stadium by a Chicago team that's just 4-9 this year.

Players acknowledged they emerged without much energy and described their worst home loss since 2008 as embarrassing and shocking.