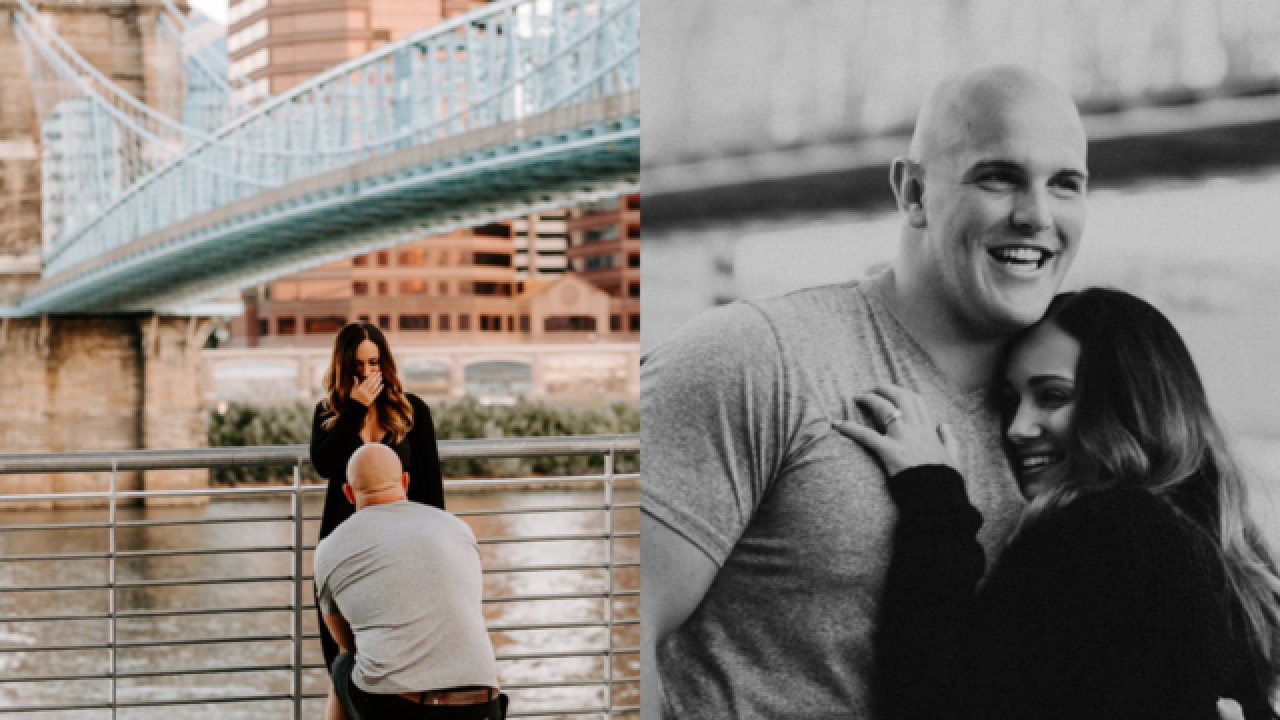 CINCINNATI -- Billy Price shouldn't spend his honeymoon at Ohio State University, he should tell his wife how he feels and he should make decisions with his other half in mind.

That's what his teammates say, anyway.

In light of Price’s recent engagement, teammates Matt Barkley, George Iloka and Vincent Rey shared a few tips on how to survive (and maybe even enjoy) married life.

Price’s future was in flux when 2018 began. The former Ohio State All-American lineman and Remington Trophy-winning center suffered a partial pectoral tear at the NFL combine, sending him sliding down many analysts’ list of draft picks.

The injury and the fear, he said, were "sickening." He thought he might be done for.

He wasn’t. Price became a first-round Bengals pick April 26, making his dream of a straight shot from college to the NFL a reality. Being able to stay in Ohio was even better.

Things got a little sweeter earlier this month, when Price proposed to his girlfriend in front of the Roebling Bridge.

"Can’t think of anyone else I’d rather spend the rest of my life with," he wrote. "I love you Taylor Michelle."

Of course she said yes.

From the look of it, Price’s 2018 has turned out better than even he could have predicted.