Back in the Jungle: Tickets for Bengals-Browns home game on sale Tuesday 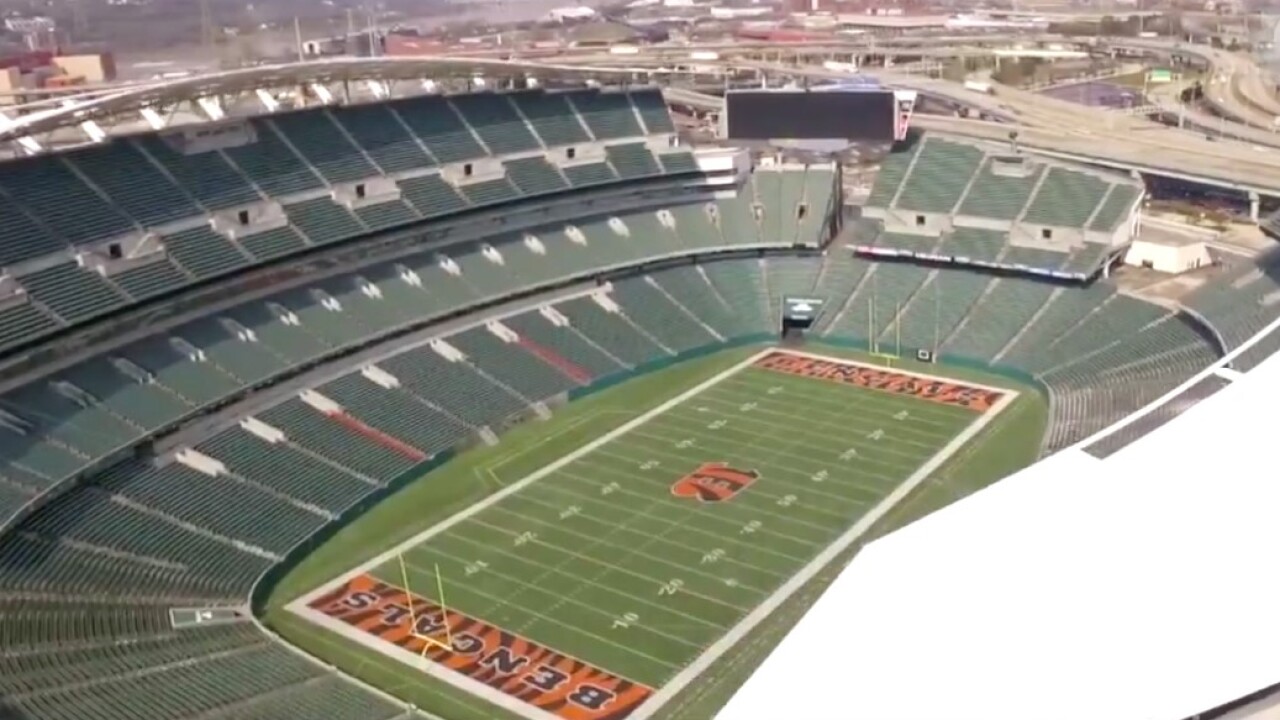 CINCINNATI — Bengals fans, set those alarms for Tuesday at 10 a.m.

That's when tickets for the Oct. 25 home game against the Cleveland Browns go on sale, according to a team announcement Friday. A limited number of tickets will be available on a first come, first served basis.

Paul Brown Stadium will be allowed to seat 12,000 fans during the Bengals’ six remaining home games including the matchup against the Browns, the team announced earlier this week.

After a primetime loss to the Browns last month, the Battle of Ohio rematch gets underway at 1 p.m. at Paul Brown that Sunday.

Team officials said more information on how to buy tickets is coming soon.