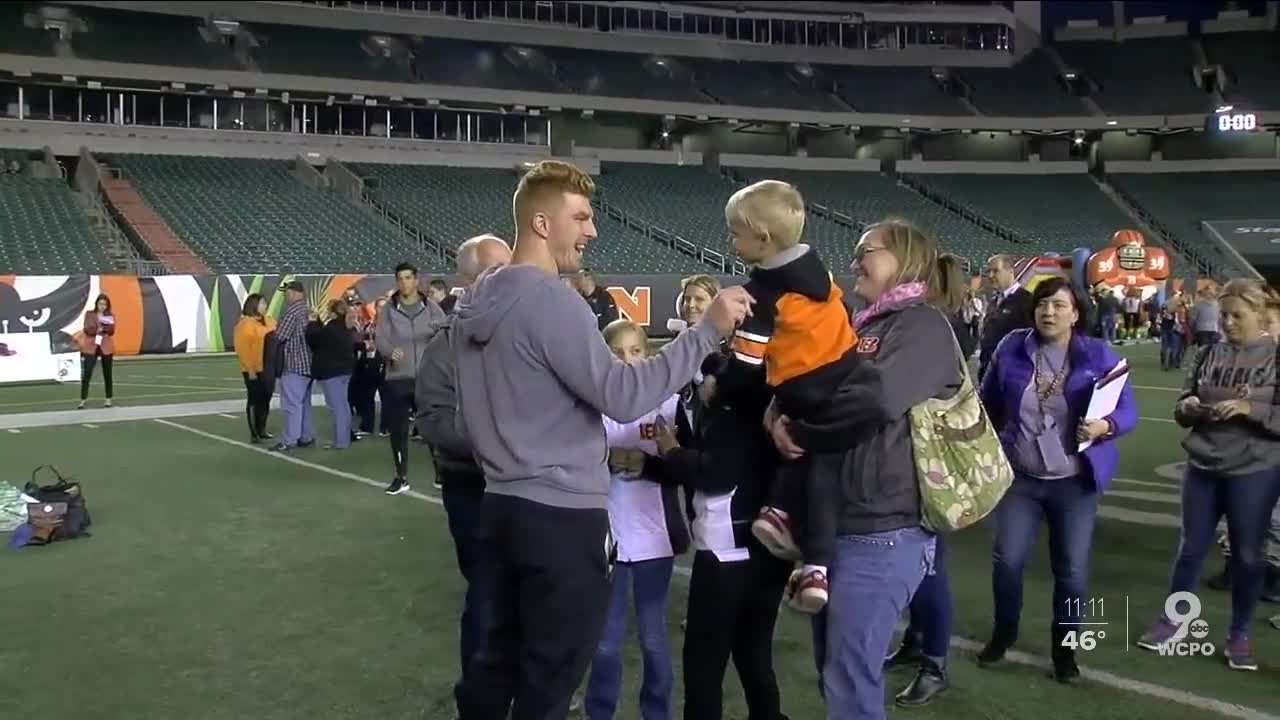 Though his eight seasons as Bengals quarterback have come to an end, Andy and Jordan Dalton have spent eight years giving back to the Tri-State.

CINCINNATI — Andy Dalton, the Cincinnati Bengals great released from the team on Thursday, leaves behind an off-field legacy of giving to those in need.

Though his eight seasons as Bengals quarterback have come to an end, he and his wife Jordan have spent eight years giving back to the Tri-State.

On April 26, 2012, he launched the Andy and JJ Dalton Foundation, and the pair wasted no time changing lives.

The Daltons held their first fundraiser in the city at Jeff Ruby’s Steakhouse, which would turn into an annual event for charity.

There, you can always count on a smile from the “red rifle,” and an outstretched helping hand.

The Daltons' foundation raised millions of dollars benefiting pediatric patients from Cincinnati and Texas, where Dalton played quarterback and led Texas Christian to a Rose Bowl victory in 2011.

His goal: to give children and their families an opportunity to get away from their room and forget what they’re dealing with, if only for a brief while.

Sometimes, achieving that goal required a simple game of catch with a child battling cystic fibrosis. But he would do whatever it took to bring a smile, especially during the holiday season.

In 2014, the foundation donated iPads, DVD players and game consoles to start a hub at Cincinnati Children’s Hospital.

Every year, he’d make children with life-threatening diseases “King for a Day,” by treating families to a day out at Kings Island.

In 2016, Dalton covered the medical bills for 73 families of children in Cincinnati and Fort Worth. That year, Dalton was nominated for the NFL's Walter Payton Man of the Year Award, honoring players for their volunteer and charity work.

And in 2018, after a late playoff score helped the Buffalo Bills sneak into the playoffs, fans from New York sent $400,000 to the Tri-State to help the Daltons’ cause.

They returned the favor, sending their own $25,000 to help Buffalo’s Angel Fund, which helps families with loved ones being treated at a New York cancer center.

Through it all, their foundation touched millions of lives.

To learn more about how you can support local children in need through the Andy and JJ Dalton Foundation, click here.