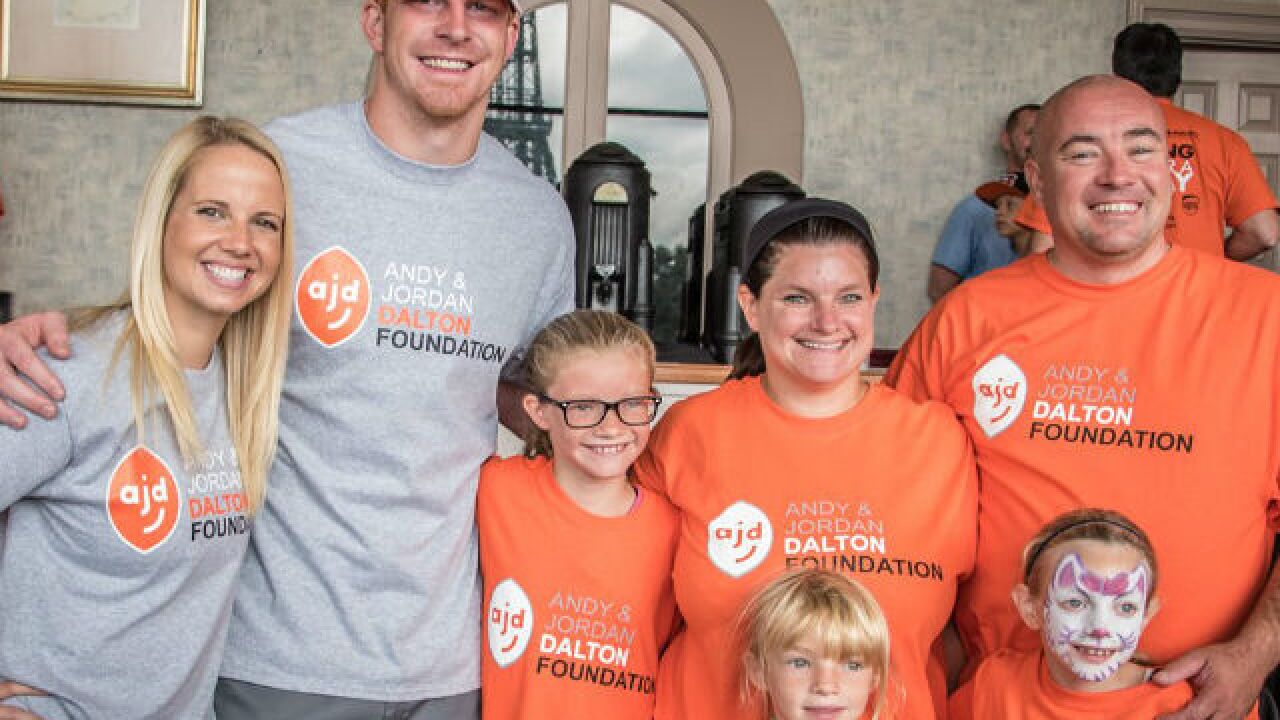 Copyright 2018 Scripps Media, Inc. All rights reserved. This material may not be published, broadcast, rewritten, or redistributed.
<p>Bengals quarterback Andy Dalton and his wife Jordan Dalton pose with supporters of their foundation.</p> 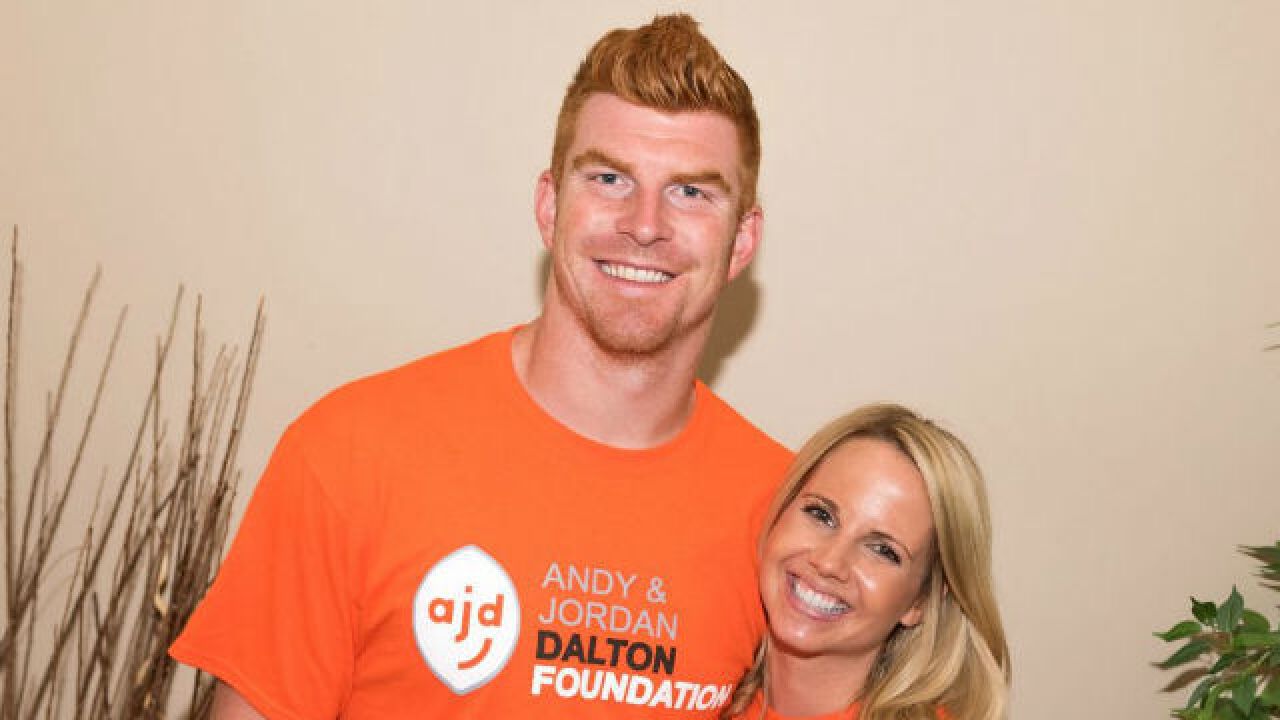 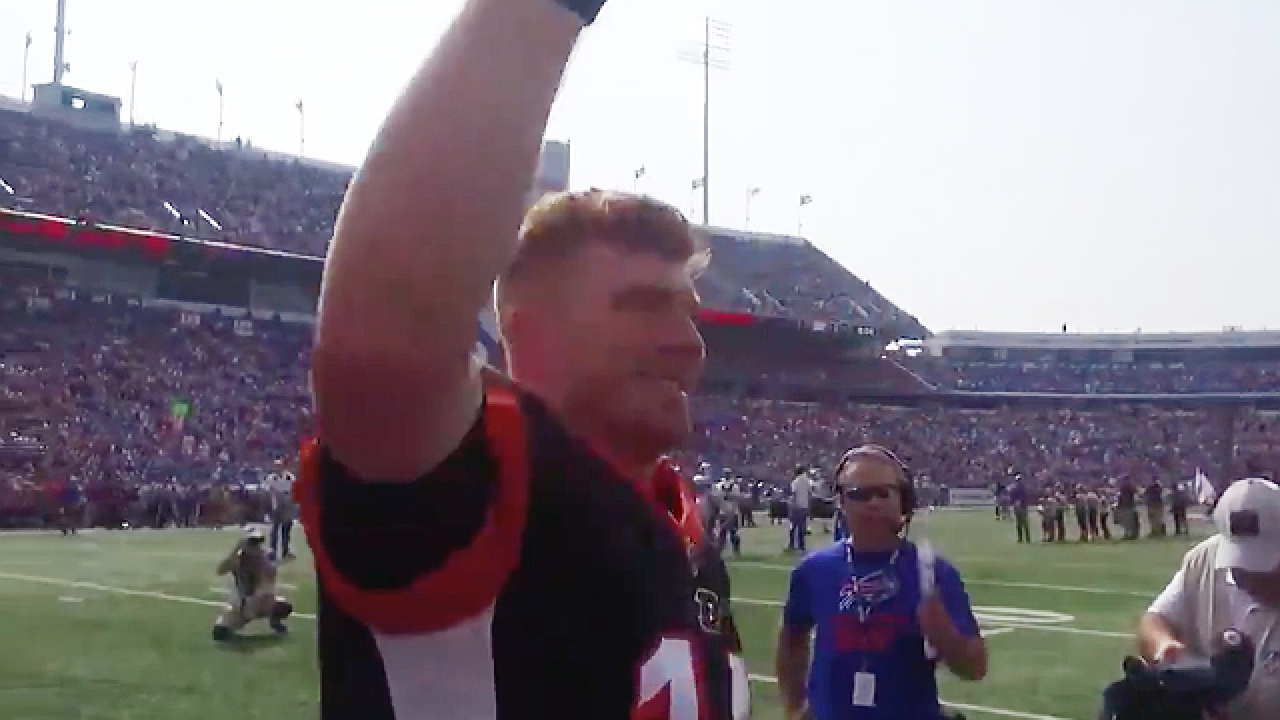 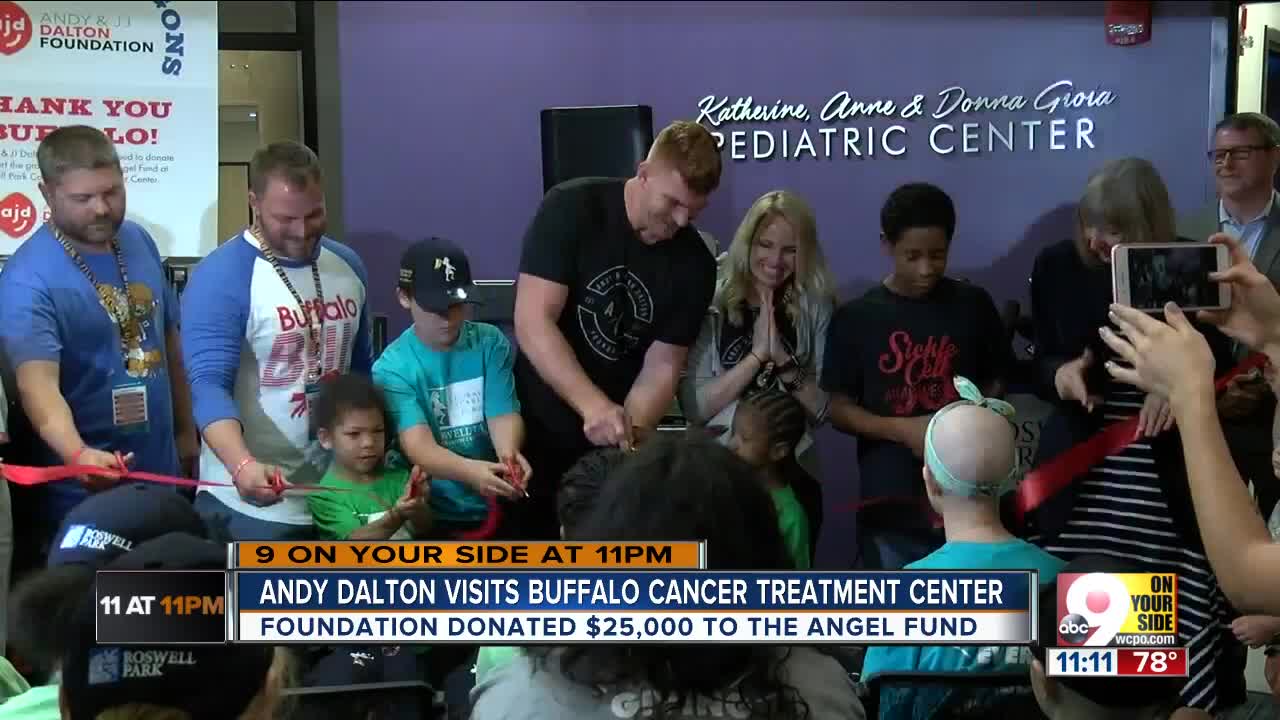 It wouldn't make sense except it was Andy Dalton, and the Bills Mafia is still grateful for the Bengal's last-minute TD pass that beat the Ravens in the season finale last year and sent the Bills into the playoffs for the first time in 17 seasons.

A standing ovation they’ve been waiting eight months to give.

Bills fans said thank you by donating more than $450,000 to the  Andy & Jordan Dalton Foundation . The Jordans paid it back Sunday by donating to the Roswell Park Comprehensive Cancer Center in Buffalo. They also donated an entertainment hub with TV and theatre systems, game consoles and computers.

Andy Dalton surprised Roswell Park Sunday morning: “It’s been so amazing, and you don’t know the impact you’re having on so many families...We can’t thank the City of Buffalo” enough.” Buffalonians have sent over $400,000 to the Andy & JJ Dalton Foundation. pic.twitter.com/DhBywMZnYu

Dalton became one of the most popular sports figures in Buffalo on New Year's Eve when his 49-yard touchdown pass to Tyler Boyd with 49 seconds left sent the Bengals to a 31-27 win in Baltimore. The fourth-down pass eliminated the Ravens and gave the Bills their first playoff appearance since 1999.

Andy Dalton gets standing ovation after video message is played of Dalton thanking #Bills fans for their donations after he helped Buffalo end their playoff drought. A lot of the proceeds that went to Dalton's foundation were put right back into the WNY community.

Buffalo's playoff drought was the longest in the NFL and the longest among the four major professional sports in North America. Immediately, Dalton began getting donations to his foundation from fans in Buffalo. He's been thanked in person countless times by Bills fans over the months.

"I've heard I should run for mayor," Dalton said. "I've heard I'll never have to pay for anything in Buffalo. So we'll see."

It wasn't a fad. Donations continued after the Bills lost their playoff game against Jacksonville. So have the in-person shows of gratitude.

"If I go anywhere and there's somebody from Buffalo, they're going to come up to me and tell me they're a Bills fan or they come from Buffalo or have some tie to Buffalo," Dalton said. "That hasn't gone away since the play happened.

"It's really cool and crazy that it's a completely different fan base that has a lot of love for me, and obviously for Tyler, too."

Dalton said that as of this week, his foundation has received 17,000 donations for more than $450,000 that can be traced to the Buffalo area. The Andy&Jordan Dalton Foundation helps seriously ill and physically challenged children.

Boyd estimates he has received more than $100,000 in donations that went to a youth sports league in his hometown of Clairton, Pennsylvania.

Bills coach Sean McDermott is touched by how fans have responded to Dalton, and also by how the Bengals quarterback is giving back to Buffalo.

"What a strong moment," McDermott said. "It gives me chills just to think about it. So many times ... you get, 'Hey, this is this team and that team,' and you kind of get on your own individual islands and everyone's on their own island and team.

"But what a great testament to paying it forward and what Andy and his wife have decided to do and give back to our community that gave to them."