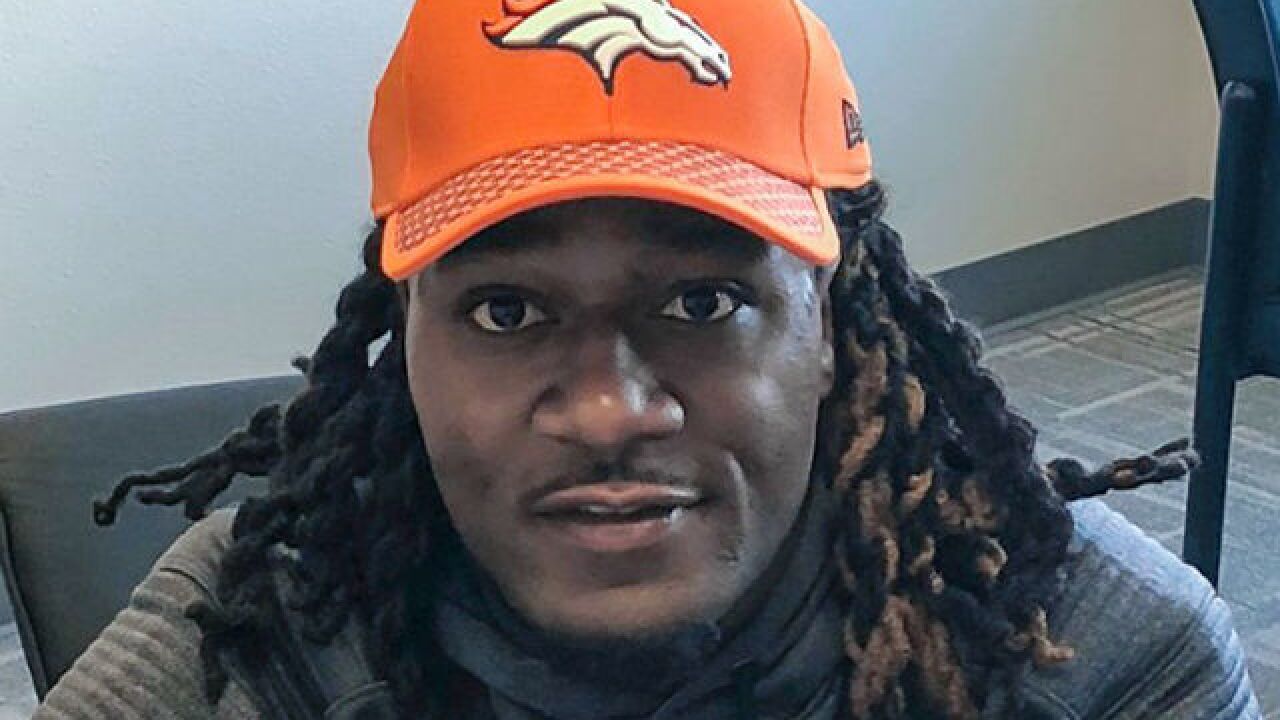 Denver Broncos
<p>Adam Jones signed a one-year deal with the Broncos on Sunday.</p>

ENGLEWOOD, Colo.  — Adam "Pacman" Jones is reuniting with Vance Joseph, who was his Cincinnati's secondary coach during the veteran cornerback's best seasons in the NFL.

The former Bengal signed a one-year deal with the Denver Broncos after visiting the team on Sunday.  Jones had been out of the NFL since March when the Bengals declined to pick up his $5.5 million contract option. He worked out with the Cleveland Browns two weeks ago.

Jones regularly got into trouble off the field during his past eight seasons in Cincinnati,  but he was one of the Bengals' most impactful players. He started 68 games at cornerback and returned punts and kickoffs. His 2017 season was cut short by a groin injury.

Jones, who turns 35 next month, had his best NFL seasons when Joseph, the Broncos' head coach, coached him in 2014 and '15 in Cincinnati. Jones was selected to his only All-Pro team in 2014 and his only Pro Bowl starting nod came in 2015.

He has 16 interceptions, 94 pass breakups, seven forced fumbles and a dozen fumble recoveries. He's also averaged 10.6 yards on 182 punt returns (with five TDs) and has a 26-yard average on 121 kickoff returns.