What can Yoann Damet do to turn around FC Cincinnati? 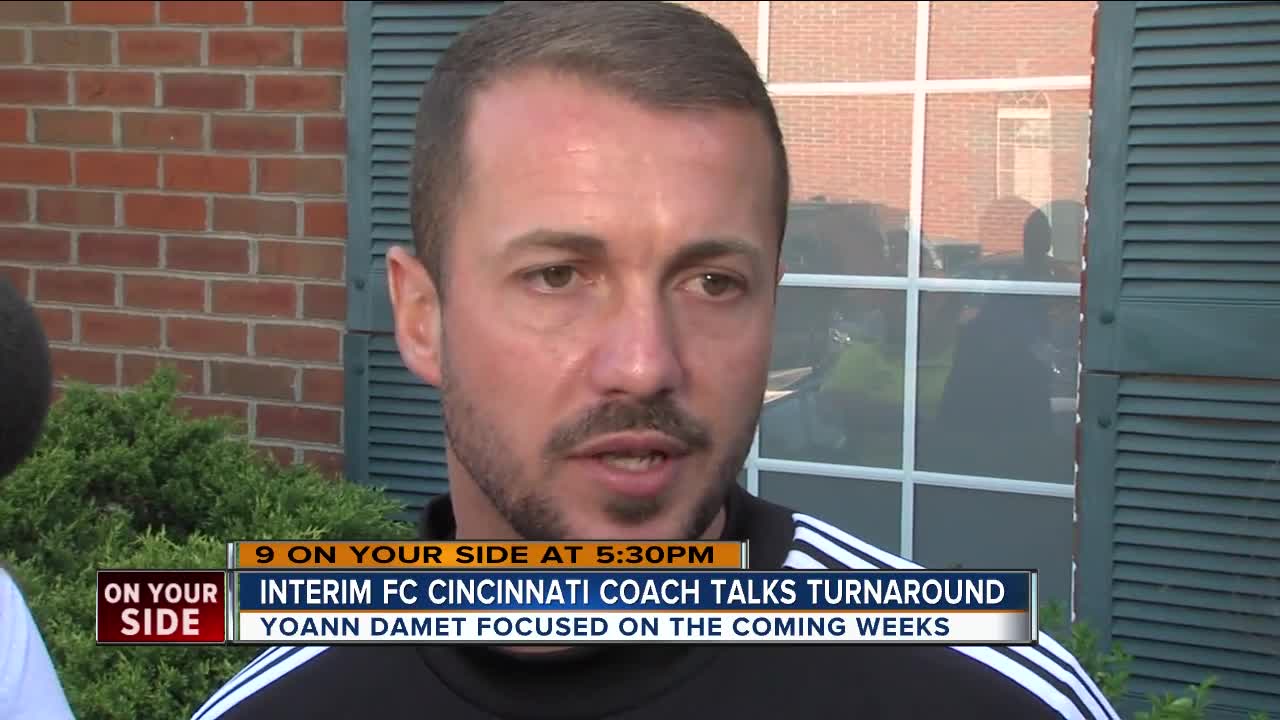 A big shake-up with Cincinnati's newest professional sports team. Now, a day after FC Cincinnati fired Alan Koch as its head coach was fired, we're hearing from the interim coach for the first time. WCPO’s Keenan Singleton asked coach Yoann Damet about his plans to turn things around. 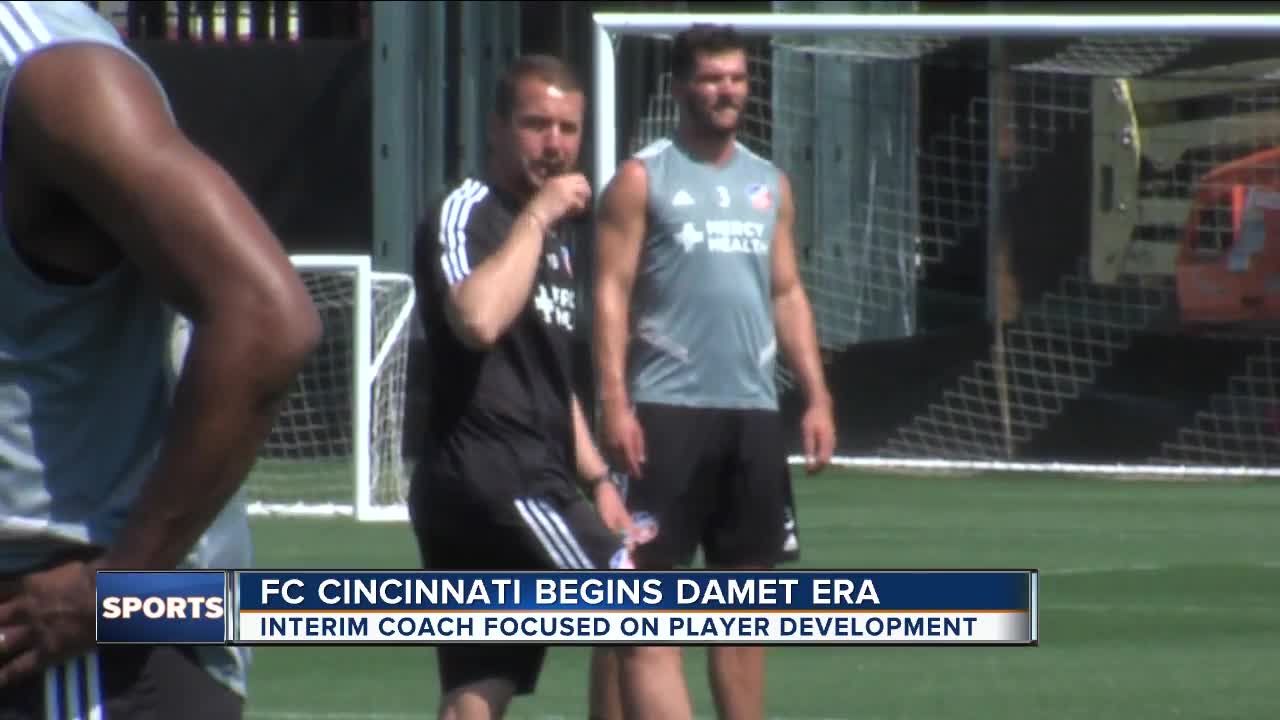 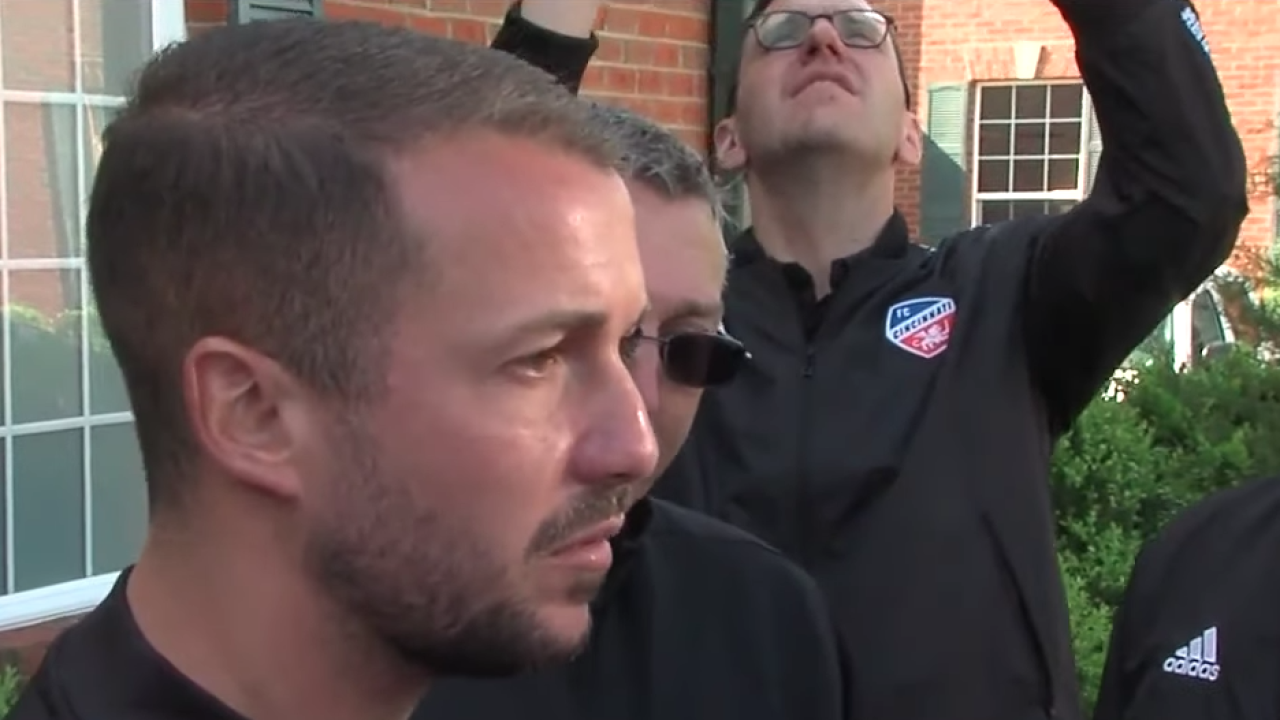 CINCINNATI — It was just a snapshot, but it wasn't hard to see what FC Cincinnati wants to focus on as it began Day 1 under interim coach Yoann Damet.

“Everyone is laughing and smiling,” said forward Fanendo Ali.

The gleeful players were met with bright sunshine at Wednesday’s workout, in contrast to the clouds of gloom and doom that have followed five straight shutout losses and six in their last seven games.

Short term, fans have to be wondering how much the youngest head coach in MLS can do to fix FC Cincinnati’s ailing offense - if at all, especially before Saturday’s 1 p.m. home match vs. Montreal Impact (6-4-2).

Damet, who came here from the Impact to be FCC’s top assistant in March 2017, isn’t promising a miracle, nor should fans expect one.

“It's going to take time. We just have three days to prepare for a game on Saturday. Quick turnaround,” Damet said. “Focus on the coming weeks. We know it's a long process. Have to keep working on that. Hopefully it pays off as quick as possible.”

But can a young assistant who's never been a head coach and never played professionally or even collegiately put what are now his players in the right position and cultivate an identity?

Those were among the chief issues that dogged the previous coach, Alan Koch, who helped assemble this team and led it from the United Soccer League to MLS. President and GM Jeff Berding fired Koch Tuesday.

Big picture: Berding did not fire Koch because of culture or any other buzzword he used. The Orange and Blue has been outscored 12-1 in its last seven games and is tied for last place in the Eastern Conference.

“The idea is to focus on the players,” said Damet. “It’s not about me. It’s more about what we can do to find a solution and improve on the field.”

“The main thing is he has the support of all of us,” said Watson, “Obviously, Jeff and the owners. That's why they decided to keep him in front of us. So we have to back him up during the games.”