But it's fun to feed off the energy, too 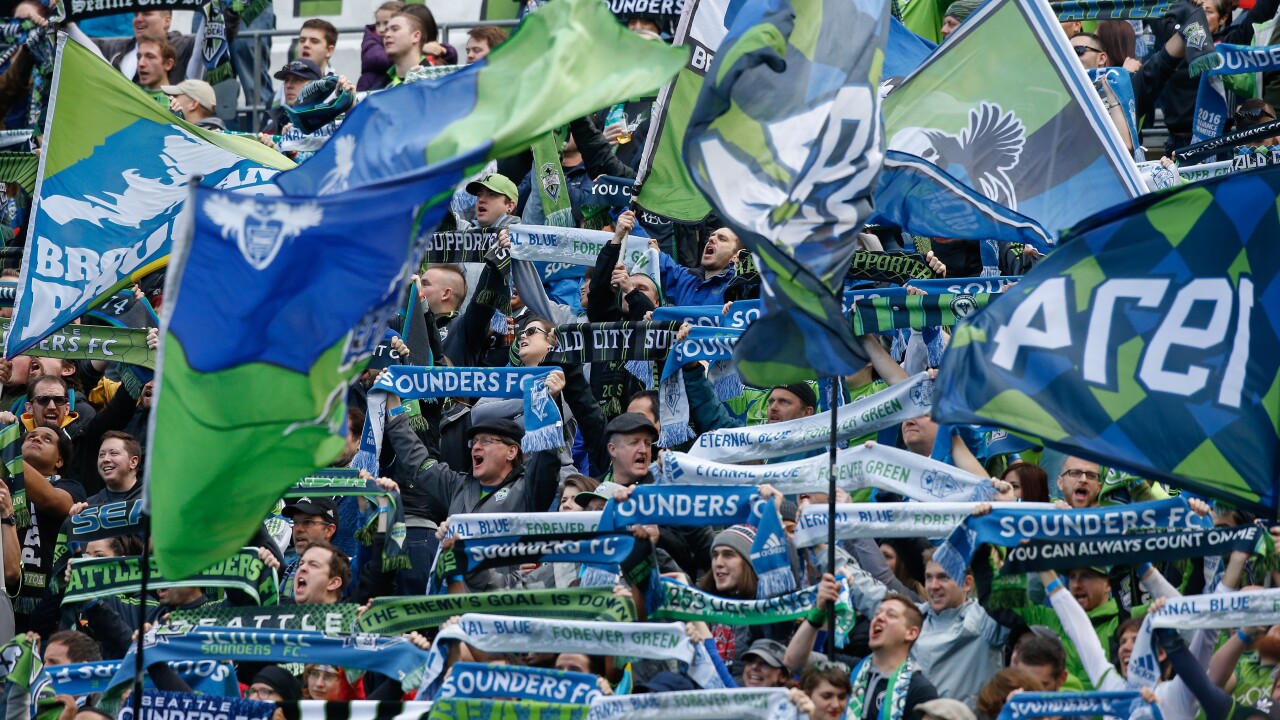 Otto Greule Jr. | Getty Images
Fans cheer prior to the match between the Seattle Sounders FC and Sporting Kansas City at CenturyLink Field on March 6, 2016 in Seattle, Washington. 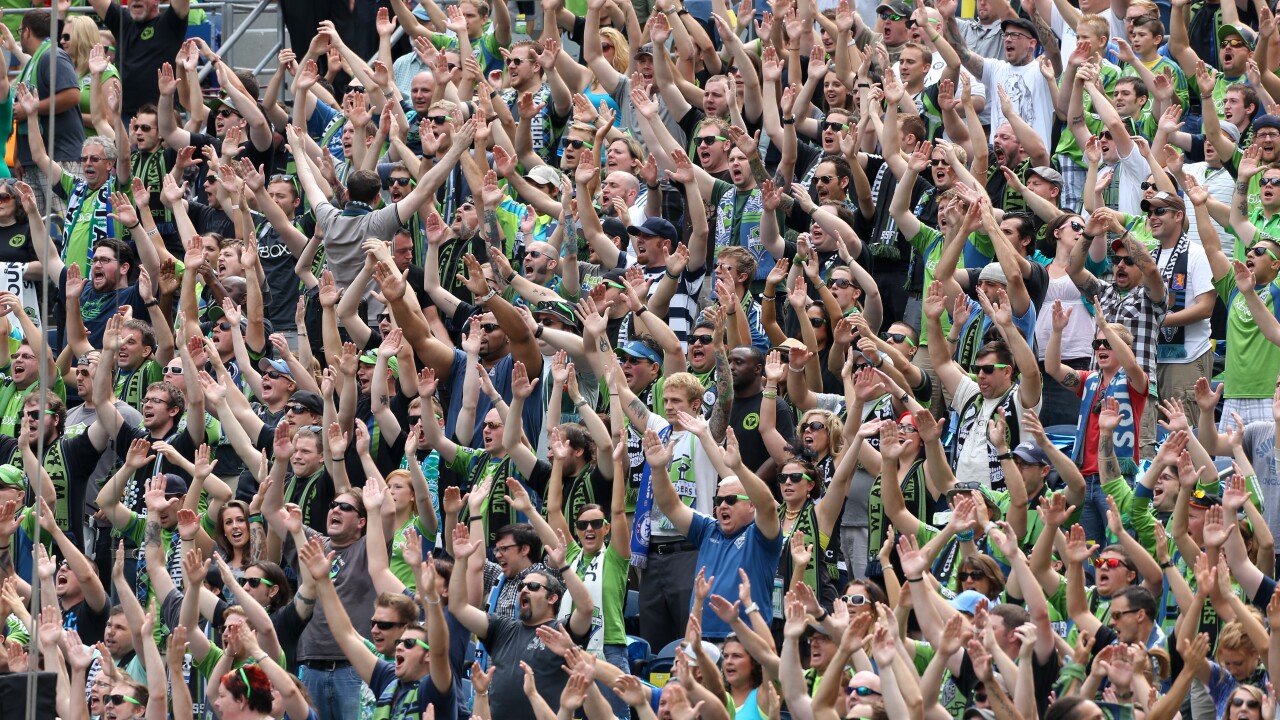 CINCINNATI — One of the most memorable games of FC Cincinnati midfielderFatai Alashe’ s career happened at CenturyLink Field in Seattle his rookie season with the San Jose Earthquakes.

Alashe made his first career start on the road against the Seattle Sounders on March 14, 2015, and now he is a part of a Cincinnati squad that will play its first-ever Major League Soccer game on that very same field.

FC Cincinnati opens its inaugural MLS season Saturday at Seattle -- one of the toughest places to play in the league. The Sounders, who play in the city’s massive NFL stadium, ranked second last year in attendance with 40,641 fans per game.

“That was my first start, and it didn't start well," said Alashe, who spent the first three-plus seasons with San Jose before signing with FCC in July and finishing last season on loan with the United Soccer League team. “We got scored on 30 seconds into that game, but we ended up winning the game. I remember we would always have pretty crazy games against Seattle there, and it's a cool environment. I think it's pretty cool playing in an environment like that. It just adds more to the game. You feed off that energy.”

Cincinnati, which shattered United Soccer League attendance records during its three seasons there, follows the opener with a game at MLS Cup Champion and attendance leader Atlanta United on March 10.

What a way to welcome FCC to the league. The Orange and Blue, whose attendance last year would have ranked fourth in MLS, play their home opener March 17 against Portland.

“These are probably the two toughest ones you can play,” said defender Greg Garza, whom FCC acquired from Atlanta in the expansion draft. “The environment of Seattle, and both cities, I would say it's been a religion for them the past few years, for Atlanta, the past two years, with just how many people that are involved and how many people recognize that sport, and they've got a winning team within that city. That's what you want in every city, and hopefully we can do the same thing in Cincinnati.”

Midfielder Corben Bone, who returns to MLS after three years with Cincinnati and four overall in the USL, said the newcomers to the league will enjoy the environment most weeks, even in hostile environments. Those that came up from the USL team won’t be too awestruck, he said, because Nippert Stadium ranked right up there with the best crowds in MLS.

Bone began his career with Chicago Fire and his last stint in MLS was with the Philadelphia Union in 2014.

“Seattle is definitely tough," Bone said when asked about the toughest environments in the league. "Portland is cool. I think most places in the MLS are difficult places to play, and I think that's a testament to the sport and how it's grown. The fans have increased, and the stadiums have become these spectacles, so I'm excited to travel and see and experience those different things, and to obviously come back home and play in front of our amazing fans at our stadium.”

Travel in MLS will be different for newcomers from Europe and other leagues, Alashe said. Seattle is Cincinnati’s longest road trip, which is why the team left Thursday to allow some time to acclimate to the time change.

“The hardest thing for guys will be that most guys aren't used to going on an away game where the time difference is three hours, you're traveling four hours to get to the game by flight, you're in a city that is completely different from the city you play in -- it's the same country but it might as well be a different one in the Pacific Northwest -- and the climate is completely different from what we deal with in Cincinnati," Alashe said. “Just being in a country that's so large, the difference between each away game is so hard it makes it difficult to adjust to.”

Most players familiar with the league said they liked playing in Seattle.

Alashe and captain Kendall Waston also mentioned Kansas City among their favorite places to play. Sporting Kansas City is known for its wild fan base and unique displays as part of pre-game shows. San Jose played a U.S. Open Cup game against Kansas City that went to penalty kicks during Alashe’s career there, and he remembers the field vibrating because of the noise during the shootout.

Others like Portland for the unique, though smaller, environment, and Vancouver for the city’s beauty, which many coming from far away got to experience because of the extra travel day involved.

Forward Fanendo Adi said the biggest challenge in going to places like Seattle, where the fans make a lot of noise, is communicating with teammates.

“The environment and pitch are very tough," Adi said. “It's a massive field, so we need to go there and whatever system we choose to play, we need to execute it well. Communication is going to be hard because there will be at least 40,000 watching the game, and if we can understand each other better now, that will help us a lot going into that environment because, that day, you will not be able to hear the next person unless you are very close. It will be tough.”

That kind of atmosphere is motivating for midfielder Victor Ulloa, who came to Cincinnati from FC Dallas.

“As an away player, going on the road, it motivates you to hear all those people and how silent it gets when you score a goal on them, so it's going to be fun,” he said. “Most away stadiums the environment is pretty hostile against the visiting team, and I like that. I love hearing the crowds get crazy and I love hearing the crowd go silent when you score and go in their house and beat them. Hopefully we can do that in these first two games.”