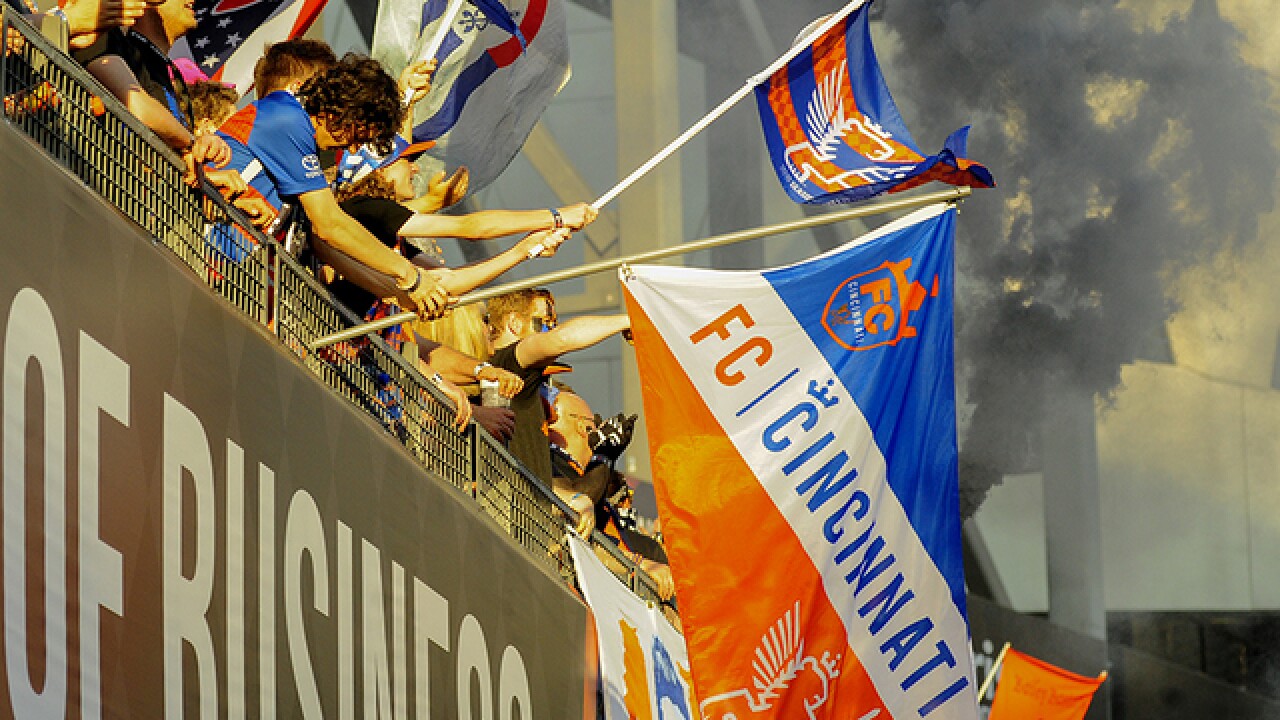 Copyright 2018 Scripps Media, Inc. All rights reserved. This material may not be published, broadcast, rewritten, or redistributed.
JOSEPH FUQUA II
<p>FC Cincinnati fans in the Bailey section celebrated after Albadawi scored a goal against North Carolina FC in the first half at Nippert Stadium Saturday May 19, 2018. FC Cincinnati won 4 to 1 against North Carolina FC. Photo by Joseph Fuqua II for WCPO</p>

Here's the process the club has set up for its 2019 debut season in Major League Soccer.

Season ticket members get first priority in seat selection, according to a league release.

FC Cincinnati will being taking deposits for 2019 season tickets on July 2.

A $50 deposit will put fans in a priority line to purchase seats after all season-ticket holders.

Remember that FC Cincinnati will continue to play in Nippert Stadium, which seats 35,000 for soccer, at least through 2020. Its new stadium in the West End - with 14,000 fewer seats - is not expected to be ready until 2021.

JOHN MATARESE: How much more will FC Cincinnati tickets, gear cost in MLS?