How much more will FC Cincinnati tickets and gear now cost? 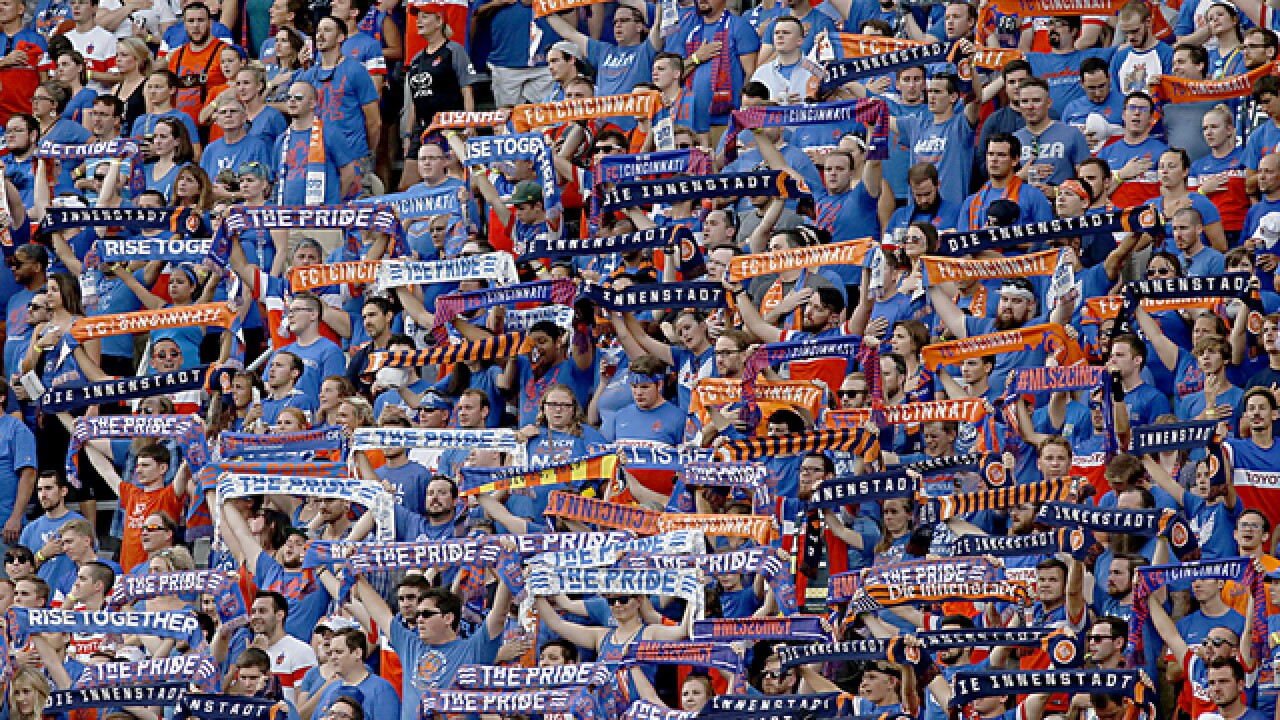 Copyright 2018 Scripps Media, Inc. All rights reserved. This material may not be published, broadcast, rewritten, or redistributed.
<p>FC Cincinnati fans hold up their banners before taking on the New York Red Bulls in a U.S. Open Cup match at Nippert Stadium in Cincinnati Tuesday, Aug. 15, 2017. E.L. Hubbard/WCPO Contributor</p>

You can feel the excitement over FC Cincinnati building all over the city right now.

But once the team moves up into the major leagues, some fans wonder if ticket and merchandise prices will go big league, too.

RELATED: How to buy FC Cincinnati tickets for debut season in 2019.

At Koch Sporting Goods in downtown Cincinnati, FC Cincinnati season ticket holder Meghan Barton was jumping with excitement and picking up some team merchandise, but hoping that prices on her seats don't jump too high next year.

"I have a few friends in the same boat, and we want to just keep on buying them as long as possible," she said.

One of the great things about FC Cincinnati is its affordable tickets, with the average ticket just $19, club president Jeff Berding told a town hall forum last fall. He told the forum he expects average prices to rise to about $25 under an MLS franchise.

That is significantly less than a $75 ticket to an NFL game.

Those pullovers, shirts and oh-so-popular scarves also cost less than NFL or Major League Baseball merchandise, since you don't have to pay for a Nike swoosh or Adidas stripes.

But that may soon change, according to Koch Sporting Goods store co-owner Eric Koch.

"What you buy and how you buy it will be different. All that is up in the air right now," he said, once the team starts selling official MLS Adidas merchandise.

While a Cincinnati jersey is currently still $95, an Orlando major league replica jersey is $149.

WCPO.com did a full comparison of all MLS team's prices. You can read the comparison here.

Fan Jennifer Faust said she just hopes the move doesn't price anyone out.

"I'm hoping they keep it affordable so most families can go and take their whole family," she said.

Money saving tip: If you are looking for original FC Cincinnati merchandise, without a corporate logo and higher price tag, you might want to buy it soon so you don't waste your money.