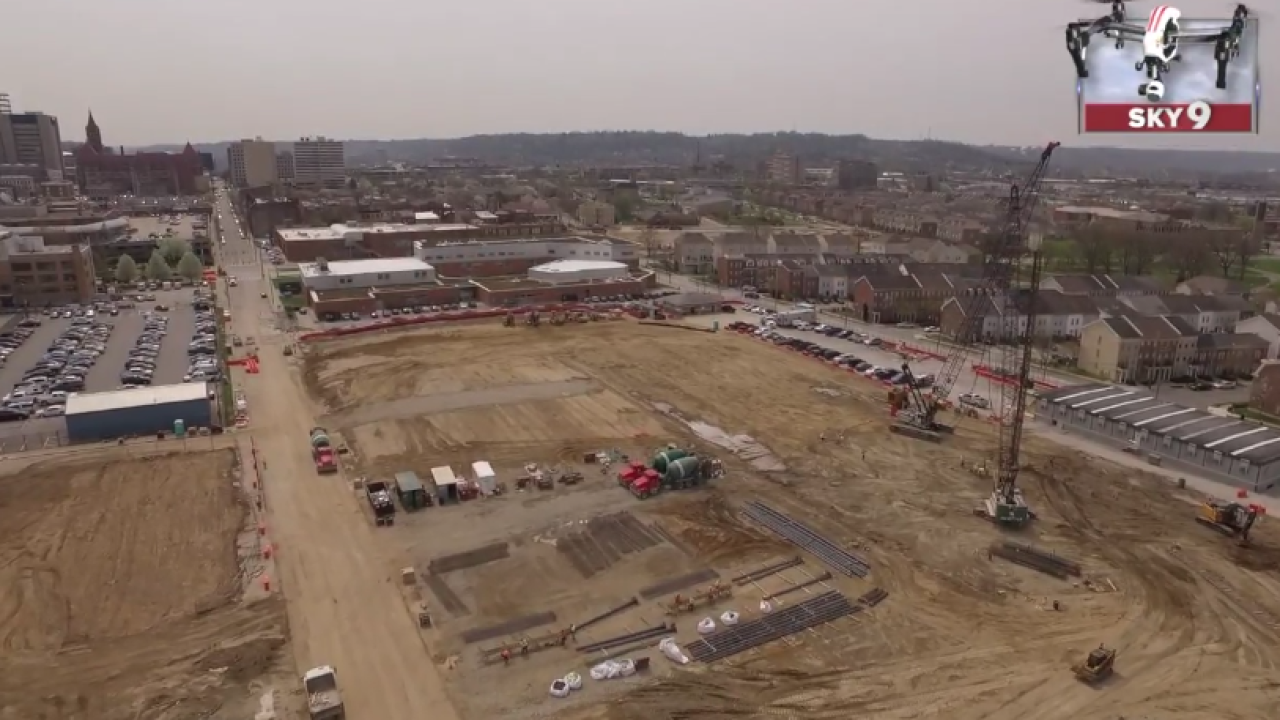 Copyright 2019 Scripps Media, Inc. All rights reserved. This material may not be published, broadcast, rewritten, or redistributed.
FC Cincinnati soccer stadium under construction in the West End.

CINCINNATI — The attorney for West End tenants facing eviction by FC Cincinnati says he expects a positive resolution to their housing dispute before the soccer club’s end-of-May deadline, but not without more give-and-take.

"I expect a good solution to this before the 31st of May," attorney John Schrider told WCPO Friday.

Schrider said he had met once with the seven tenants since FC Cincinnati made its latest offer Tuesday and expects them to meet again “very soon” and counteroffer.

“I'm pretty sure their response will include significant suggested changes," Schrider said.

He said the tenants – living in different apartments in FC Cincinnati-owned buildings on Wade Street and Central Avenue – are united in their stand.

“I think there will be a group response” to FCC’s offer, Schrider said.

Asked if the tenants are holding out for more money, Schrider said that question misses the point.

"This is really about fairness. That should be the starting point for this discussion. When you have this kind of public subsidy, you should expect fairness, but that's not what's happening here …

"The question is, is this stadium going to displace residents in the West End? FCC, the city and The Port should make sure that doesn’t happen.”

FC Cincinnati‘s latest offer would pay $2,500 to each tenant once they vacate ($500 more than the previous offer) plus the cost of professional packing, moving and unpacking services, which FCC would coordinate.

In addition, tenants would be allowed to stay in their apartments rent-free up to Oct. 31 while they work to relocate. But the offer comes with a deadline apparently designed to end the dispute once and for all.

Tenants must agree in writing before May 31 to move out by the end of October, the club’s attorney, Brock Denton, notified Shrider in an email Tuesday.

“Tenants will sign an agreement acknowledging they must vacate no later than October 31, 2019 and no further extensions will be granted,” Denton wrote.

Schrider said the seven tenants are “still looking for options” and disputed FC Cincinnati’s claim that three have found new housing and have plans to move out. Five tenants have vacated since the club ordered them out on Feb. 13, FCC says.

Schrider said the tenants told him they want to remain in the West End and would be open to living in the FC Cincinnati-owned building at 1559 Central Ave. But the club says that is “not an option.”

"I'm still trying to figure out why Central has to be closed so quickly,” Schrider said. “The answer I get from FC is 'because we say so.' "

In a statement to the Community Coalition and Design Committee on Thursday, FC Cincinnati said the Wade Street and Central Avenue buildings "will be closed down and will not be used for residential housing.”

"We are not Section 8 landlords,” FC Cincinnati President and General Manager Jeff Berding has said publicly. “We are a soccer team, and we're building a stadium.”