FC Cincinnati offers to let West End tenants stay until Oct. 31 if they vow to move out by then 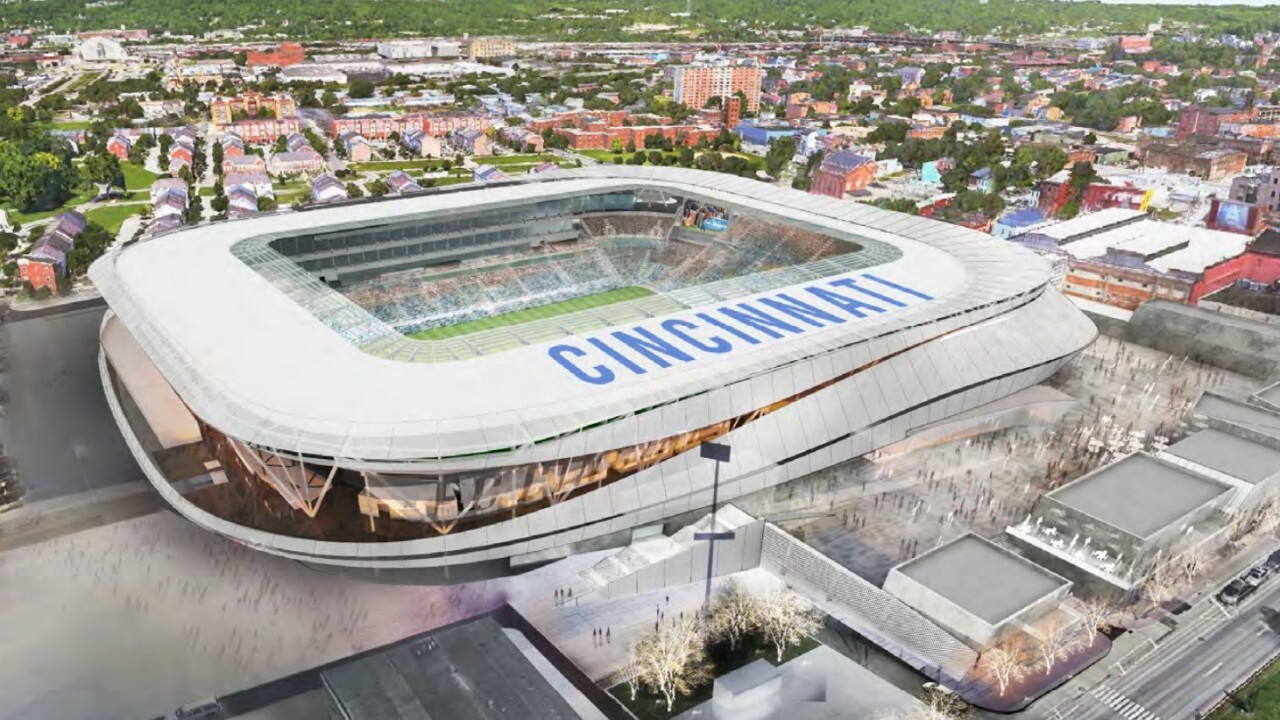 Rendering of FC Cincinnati stadium in the West End.

CINCINNATI — FC Cincinnati made a new offer to seven West End tenants this week in an effort to resolve the housing dispute arising from construction of the soccer club’s stadium.

The club offered to allow tenants to stay in their apartments rent-free up to Oct. 31 while they work to relocate. But the offer comes with a deadline apparently designed to end the dispute once and for all.

Tenants must agree in writing before May 31 to move out by the end of October, the club’s attorney, Brock Denton, notified the tenants’ attorney, John Shrider, in a Tuesday afternoon email extending the offer.

“Tenants will sign an agreement acknowledging they must vacate no later than October 31, 2019 and no further extensions will be granted,” Denton wrote to Shrider.

Shrider had not responded to the offer as of Thursday afternoon, FC Cincinnati spokesperson Anne Sesler told WCPO.

The club also offered to pay:

• $2,500 to each tenant once they vacate. That’s $500 more than the previous offer.
• The cost of professional packing, moving and unpacking services, which FCC would coordinate.
• The cost of taking down and reassembling 99-year-old Mary Page’s hospital bed.

FC Cincinnati didn't indicate what would happen if tenants don't agree to the offer in writing before the end of the month. Tenants had been sent letters telling them they must vacate by May 31, but the club said May 3 it would extend the deadline if there was an agreement by that date.

Letting the tenants stay until the end of October would not delay stadium construction, Sesler said.

Of the seven remaining tenants, two expect to move by June 1 and one has found new housing but may delay moving due to media coverage, FC Cincinnati said Thursday. Four tenants have not disclosed if they have found housing.

Sesler was not willing to say the four are holdouts, only that "we do not have a moving date for them." She said they may be in the process of looking for housing, or their housing vouchers may be in transition.

But FC Cincinnati made it clear again that having the nearly century-old Page, who is bedridden, and other tenants stay for good in the club-owned buildings on Wade Street and Central Avenue "is not an option."

"Unfortunately, some tenants are being encouraged by media coverage and outside activists to forego other housing options and remain in the buildings - even though the buildings will be closed down and will not be used for residential housing," FC Cincinnati said in an update to the Community Coalition and Design Committee on Thursday.

According to the update, the club says City Councilmember Greg Landsman offered this week to convene a meeting with FCC and tenants. Tenants have been unwilling to meet with FCC since April 26, the club says.

It's the second time the club has offered to extend its eviction deadline since first informing tenants on Feb. 13 that the two apartment buildings the team bought would be closed and torn down. The buildings at 421 Wade St. and 1559 Central Ave. are not located in the stadium footprint but were offered for sale to the club, Sesler said.

Sesler said FC Cincinnati bought the buildings to ensure that any development adjacent to the stadium is done in coordination with the club.

Page's case recently renewed opposition from the community and City Council to FC Cincinnati's effort to evict those tenants. One of Page's nieces, Kim DIllard, told WCPO she wants FC Cincinnati to allow her aunt and the other Wade Street residents to move into the Central Avenue building, and she has support from City Council.

Last month a 5-2 majority passed a motion offering to approve zoning changes if the team ensures people losing their apartments have a place to live, even suggesting the Central Avenue building.

FC Cincinnati President and General Manager Jeff Berding protested by saying the motion is “outside the law” and adding, "We are not Section 8 landlords. We are a soccer team, and we're building a stadium."