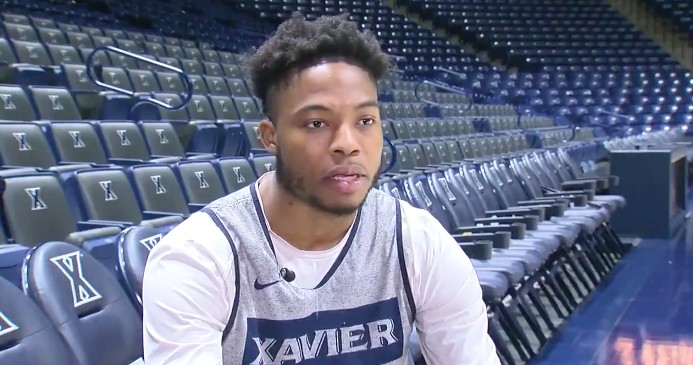 Xavier is firmly on the bubble of the NCAA Tournament after Wednesday night's 80-74 loss to Providence. And the Musketeers will be leaning heavily on their senior big man to help energize the squad in the push for March Madness. 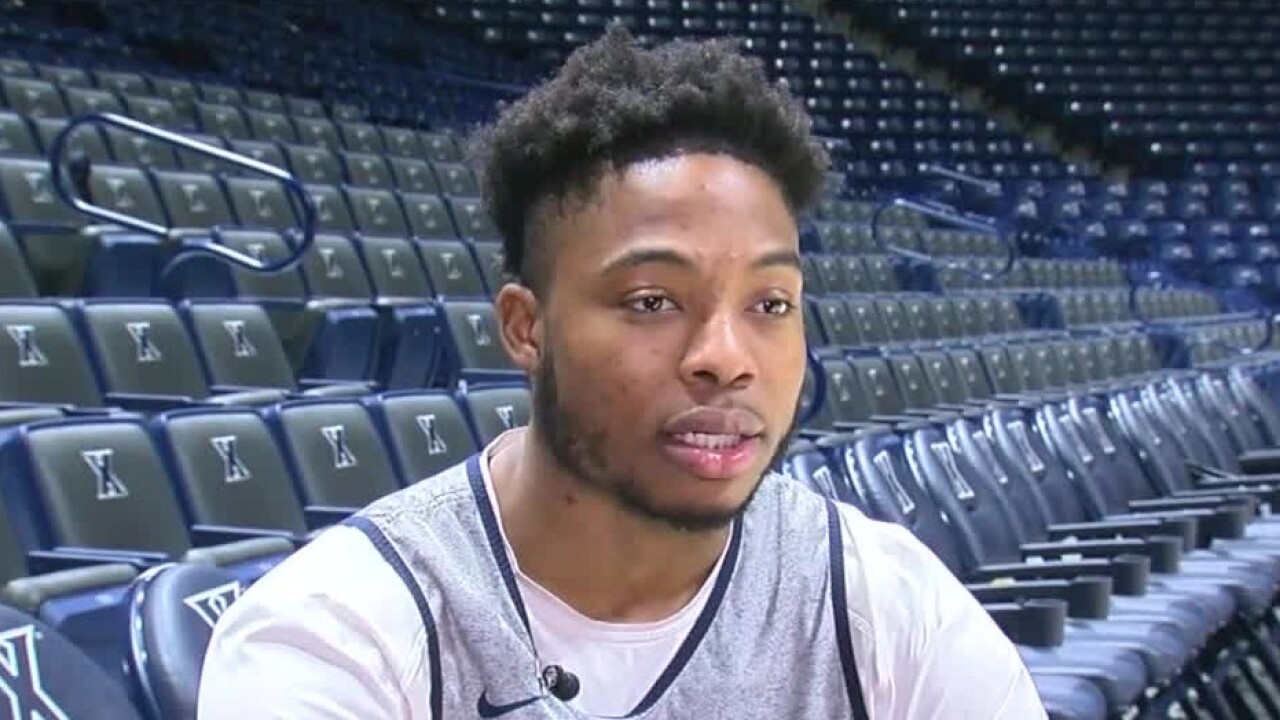 CINCINNATI — The Xavier Musketeers looked broken. A double-overtime loss to Marquette on Jan. 29 gave them a 2-5 record for the month. They seemed destined to miss the NCAA Tournament for the second straight year.

Then Tyrique Jones sent a text message to his teammates that helped pull them back together again.

"This whole thing was we should try to become unbreakable,” Jones said this week. “And this is what we use now to break down every huddle - everything we do. We just say, ‘Unbreakable.’"

At 19-11, the Musketeers will have to be just that in Saturday’s finale against Butler and in the Big East Tournament to get off the NCAA bubble. Fortunately for them, the muscular 6-9 senior forward is “Unbreakable” personified.

Jones is third in the nation with 20 double-doubles this season. He leads the Big East in rebounding (11.1) and he’s Xavier’s second-leading scorer (13.7). His field goal percentage (54.5) is the best on the team and fifth in the league.

Unbreakable is “with everything I do,” Jones said. “ If I'm going after a rebound, going to rim, just try to be the toughest guy."

He's clearly the heart and soul of Xavier basketball.

"Our team takes a lot of his character, his personality on,” said coach Travis Steele.

Before the season, Steele said jones needed to be the best big man in the Big East.

Jones responded in a big way.

"It seems like I'm in a zone. I'm just trying to go out there and do whatever it takes to win - grabbing rebounds, blocking shots, even scoring with the ball – just trying to help this team win as many games as possible."

Jones even pulled down 18 rebounds in three straight games against Seton Hall, DePaul and Providence.

"I think he's the best big man in our league,” Steele said, “and I don't even think it's even close.”

“In my opinion, he can be the best rebounder in all of college basketball," Steele said.

Now Xavier is knocking on the tournament door, and as Jones counts down the games left in his college career, he's trying to break down the door.

"My goal when I came here four years ago was to play on a Monday night in April and that's still the goal here today," he said.

Showing that tough times don't last, but tough people do.