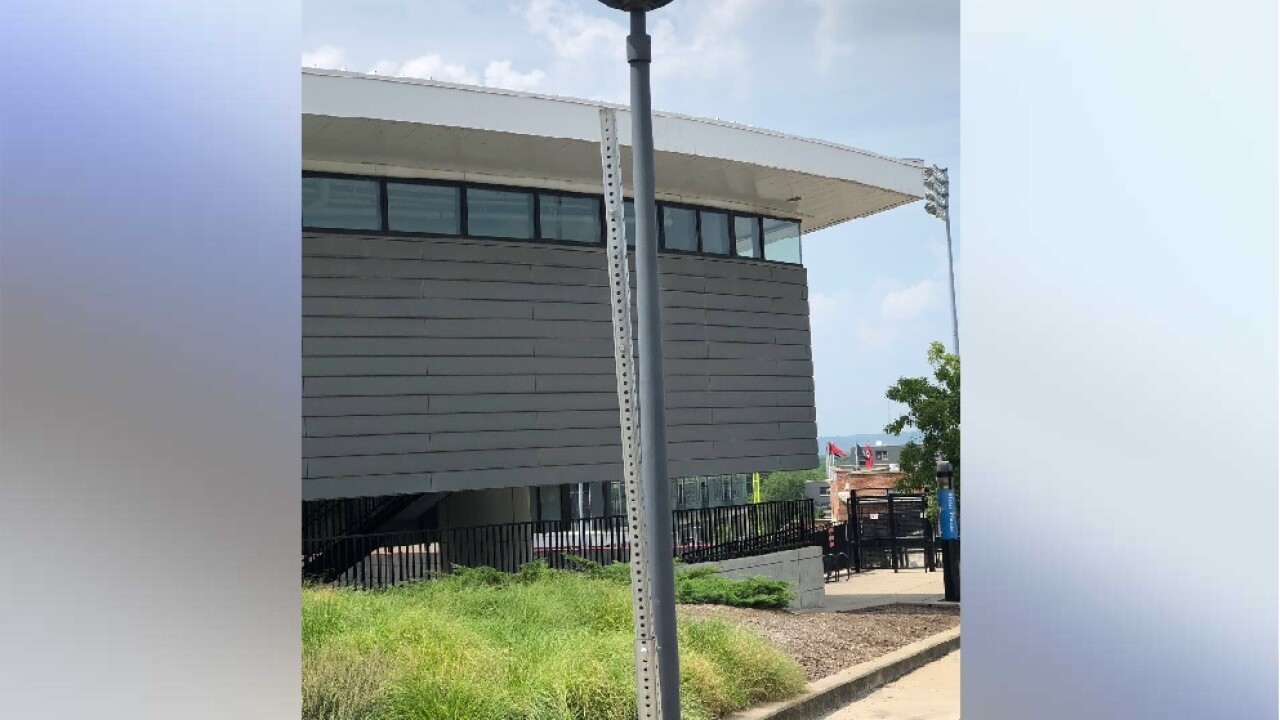 Copyright 2020 Scripps Media, Inc. All rights reserved. This material may not be published, broadcast, rewritten, or redistributed.
A week after the University of Cincinnati voted to remove the name of controversial former Reds owner, Marge Schott, from the school's baseball stadium, the name is gone.

CINCINNATI — A week after the University of Cincinnati voted to remove the name of controversial former Reds owner Marge Schott from the school's baseball stadium, the letters are gone.

UC's board of trustees voted unanimously to remove Schott's name from the campus facility on June 23.

A petition was started online by former UC baseball player Jordan Ramey to rename the stadium due to Schott's many racist, homophobic and anti-Semitic remarks she made while she owned the Cincinnati Reds between 1984 and 1999.

University of Cincinnati athletic director John Cunningham said he's not sure when the letters were removed, but they were still up as of Monday morning. He said the university has no timeline for a new name to be given to the stadium.

Ramey doesn't have a preference for the new name of the stadium. He's just glad the community will help determine its direction.

"Alumni Field is what they are throwing around right now," Ramey said. "So Alumni Stadium, that would be cool. We'll see where that goes, but I'm glad that we got to where we're at today."

There are still directional signs on the school's campus that have Schott's name on them. The university has no word on when those will be changed.

The UC baseball stadium was constructed in 2004 and the facility was named Marge Schott Stadium in the spring of 2006 after the Marge and Charles J. Schott Foundation made a $2 million gift to the Richard E. Lindner Varsity Village.

St. Ursula Academy decided previously to remove Schott's name from two of their campus facilities: a stadium and a school building.