Louisville counting on Mack to guide team back from scandals 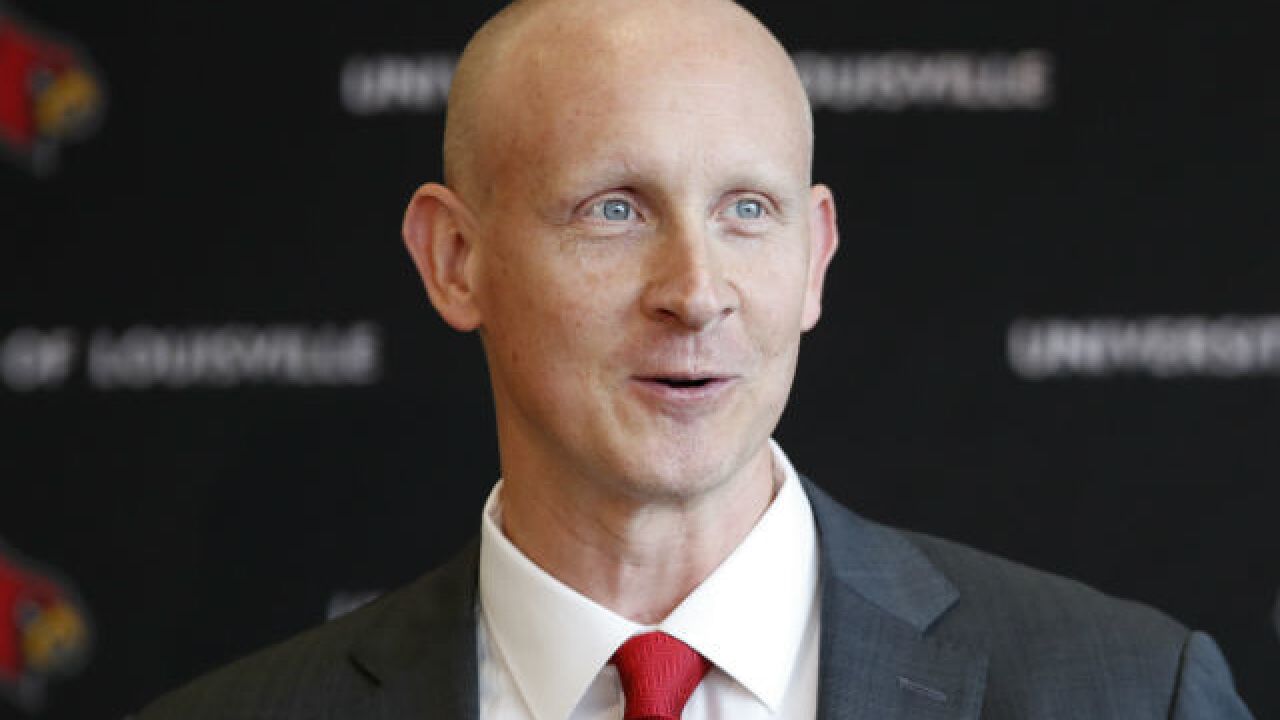 Image copyright 2018 Getty Images. All rights reserved. This material may not be published, broadcast, rewritten, or redistributed.
<p>LOUISVILLE, KY - MARCH 28: Chris Mack speaks after being introduced as new men's basketball coach of the Louisville Cardinals during a press conference at KFC YUM! Center on March 28, 2018 in Louisville, Kentucky. (Photo by Joe Robbins/Getty Images)</p> 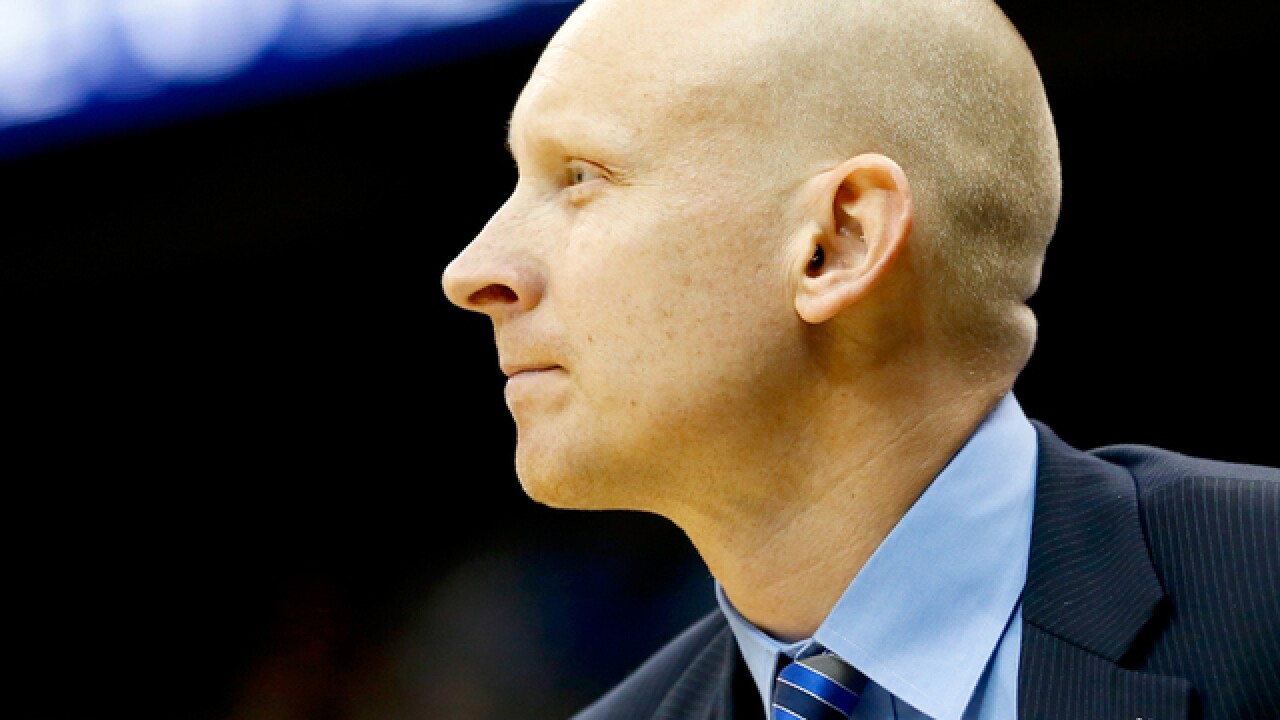 LOUISVILLE, Ky. (AP) — Louisville hopes its third coach in as many seasons can restore continuity and success to a Cardinals program that has struggled during that span.

University officials have put their trust in Chris Mack, who was hired from Xavier toward that end last spring. Mack has thrown himself into building a roster and the players' faith in him and his system. Holdovers such as junior forward V.J. King seem encouraged after the Cardinals missed two of the past three NCAA Tournaments in the aftermath of a sex scandal in 2015 and the school's implication last fall in a federal corruption probe of college basketball.

"They've done a great job up to this point," King said this week of the coaching staff. "I feel like we've established a totally new culture. ... It's been a positive for us, and I think we're headed in the right direction."

Mack, 48, has replaced interim coach David Padgett, who led Louisville to a 22-14 finish (9-9 Atlantic Coast Conference) and the NIT quarterfinals last season after Hall of Famer Rick Pitino was fired amid the federal probe.

The Ohio native's 215-97 mark in nine seasons at the Big East Conference school — including 29-6 and the program's first No. 1 NCAA Tournament seeding last year — made him Louisville's main target. Now settled in following a whirlwind summer, he's working to get everybody on the same page.

The 6-6 King (8.6 points, 3.3 rebounds) returns as the top scorer and rebounder with responsibilities of raising his game as a co-captain. Also facing expectations of improvement are 6-11 Malik Williams; forwards Jordan Nwora and Dwayne Sutton; and guards Darius Perry and Ryan McMahon. Former Connecticut forward Steven Enoch (6-10) is eligible after sitting out last season per NCAA transfer rules.

Mack has filled the gaps with graduate transfers such as guards Christen Cunningham — who posted 1,283 points and a school-record 514 assists at Samford — and Khwan Fore, who was a two-year starter at Richmond. Forward Akoy Agau is back for a second stint at Louisville.

"You need guys that can provide stability and assimilate themselves into a team seamlessly," Mack said, "and those three guys have great personalities that mesh really well with our team."

The new coach warns that the transition will include growing pains. But having cleared the initial hurdle of putting the pieces in place, Mack eagerly awaits to see how it puts Louisville back on track.

Some things to watch as Louisville opens the season Nov. 8 against Nicholls State:

Say goodbye to the pressure defense that Pitino made a Louisville trademark for creating easy opportunities on the other end. Mack is installing a pack-line scheme that aims to pressure the ball on the perimeter while sealing the inside from passes and drives. "They take that very seriously," Nwora said of the emphasis on forcing opponents into a half-court game. "But in order to be a good team, we have to be good on the defensive end."

Perry, Cunningham and Fore give Louisville options at point guard, and all three can shoot from behind the arc. Junior Ryan McMahon (41 percent shooting 3s) has shown he can light it up from deep, but Mack seeks more consistency and defensive improvement.

Enoch, a junior, has the height and bulk to man the middle while Williams is learning the play closer to the basket. Louisville's size drops off from there, which puts responsibility on King, Sutton, Nwora and Agau to fill the voids on both ends.