He would be team's first Japanese-born player 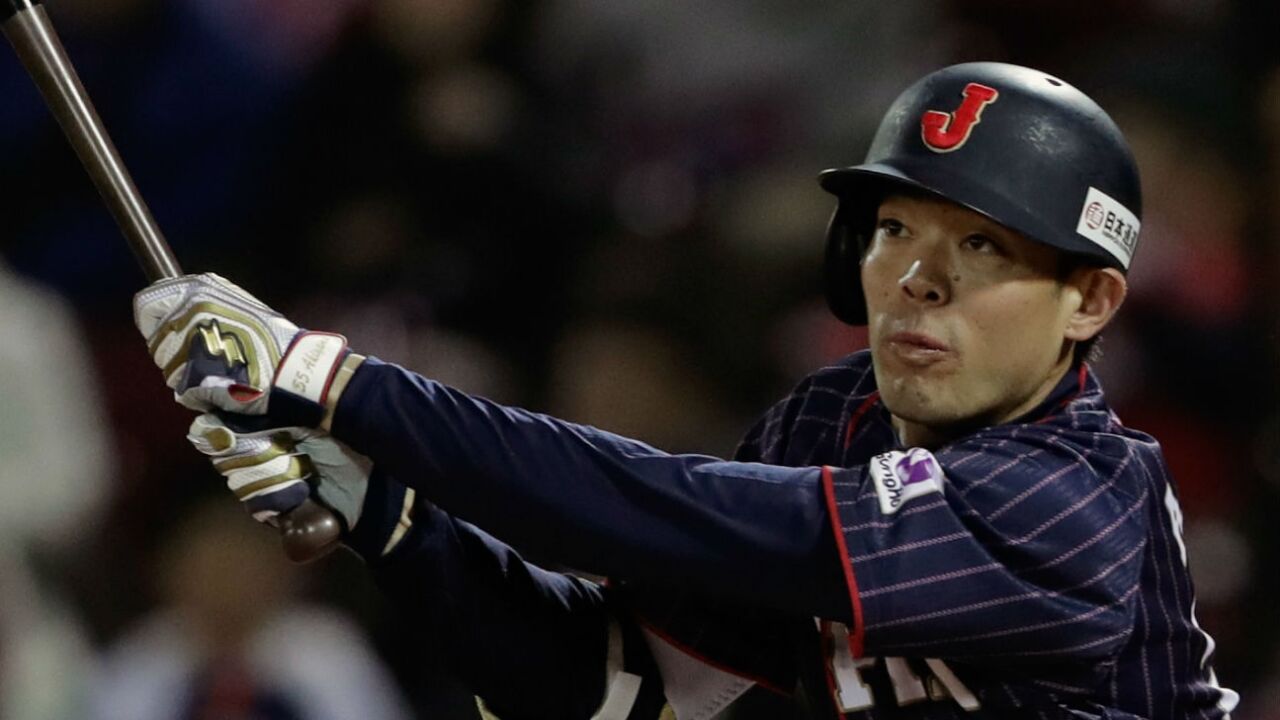 Copyright 2020 Scripps Media, Inc. All rights reserved. This material may not be published, broadcast, rewritten, or redistributed.
Kiyoshi Ota/Getty Images
HIROSHIMA, JAPAN - NOVEMBER 13: Outfielder Shogo Akiyama #55 of Japan hits an inside-the-park home run in the top of 8th inning during the game four between Japan and MLB All Stars at Mazda Zoom Zoom Stadium Hiroshima on November 13, 2018 in Hiroshima, Japan. (Photo by Kiyoshi Ota/Getty Images)

CINCINNATI — Shogo Akiyama figures to become the first Japanese-born player to ever take the field for the Cincinnati Reds now that the center fielder has signed a three-year, $21-million deal.

The Reds are the only major-league team that has never had a Japanese-born player in its lineup.

Through the years, the Reds didn't scout Japan or South Korea, leaving that territory to other clubs. That changed after Dick Williams became Reds president of baseball operations. During the previous offseason, the Reds added Pacific Rim scouting manager Rob Fidler and Pacific Rim scout Jamey Storvick, according to Reds.com, so more players could follow Akiyama.

"We scouted Shogo for several years in anticipation of his free agency," Williams said in a release. "We like his approach at the plate as well as his outfield defense, and we think he will complement our team very well."

The 31-year-old Akiyama, who bats left and throws right, is projected as a possible leadoff hitter for the Reds based on his .301 lifetime battting average and .376 on-base percentage during a nine-year career with the Seibu Lions.

Shogo Akiyama will sport No. 4️⃣ in his new #RedsThreads! pic.twitter.com/IsnuybJ9Q2

Akiyama could also move to one of the corner spots in the Reds' unsettled outfield. Center fielder Nick Senzel is returning from surgery on his right shoulder, and the addition of Akiyama gives the Reds another option at that spot. They also have outfielders Aristides Aquino, Jesse Winker and Phillip Ervin.

Last season, Akiyama hit .303 with a .392 on-base percentage, 31 doubles, four triples, 20 homers and 62 RBI. He was a Pacific League All-Star for the fifth time and earned his sixth Golden Glove Award for defense and his fourth Best Nine Award for offense.

In October, Akiyama filed for free agency and became eligible to sign with a Major League Baseball team.

SEE how the Nippon Professional League compares with MLB.

2,015 players have appeared for the #Reds in their history. Shogo Akiyama would be the first Japanese-born player to play for the club. Cincinnati is the only MLB franchise to have never had an appearance by a Japanese-born player. 🇯🇵 pic.twitter.com/5NnyV492bm

Akiyama is the second significant offseason addition by the Reds to try to upgrade an offense that ranked near the bottom of the NL in runs last season. They also signed second baseman Mike Moustakas to a $64 million, four-year deal — the largest for a free agent in club history.

Cincinnati also signed Wade Miley to a $15 million, two-year contract that added a left-hander to its deep rotation that already included All-Stars Luis Castillo and Sonny Gray, along with Trevor Bauer and Anthony DeSclafani.

The Reds are trying to emerge from a rut of six straight losing seasons.