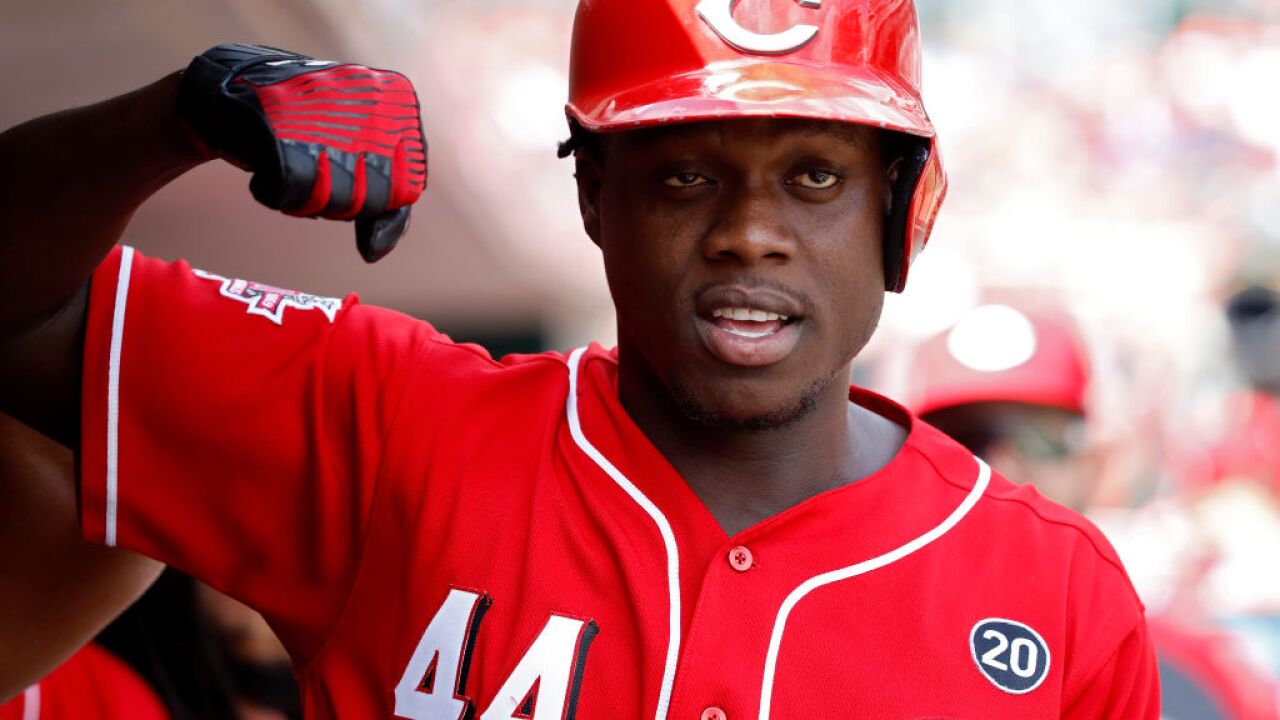 CINCINNATI — When the Reds shake their heads and laugh every time Aristides Aquino hits another home run, it's because they're just like the fans - they can't believe it either.

The rookie hit his 15th homer in 32 games Monday, setting another "fastest to (fill in the blank) homers" major-league record in the process.
Aquino did it in 122 plate appearances, beating the mark of Phillies slugger Rhys Hoskins, who did it in 135 plate appearances in 2017.

WATCH all of Aquino's home runs on MLB.com.

“There's been some laughing,” Reds manager David Bell told Allyson Footer of MLB.com Monday. “It's fun to watch somebody that we care about and we know. To watch them be that locked in, and just be in the zone ... He enjoys it too, which makes it fun. He's very well-liked, and that's where the laughter and smiles come from.”

Hoskins was here Monday to watch Aquino's power for himself, hitting two homers of his own in the Phillies' 7-1 win.

“Obviously he's an impressive kid, big dude," the Phils' first baseman said of the 6-4, 220 Aquino. "He got up on me and I was kind of taken back. But obviously really good bat-to-ball skills. The league figures you out at some point, just like it's happened to everybody else. But I'm excited to see what he does to make the adjustment. Obviously the kid can hit."