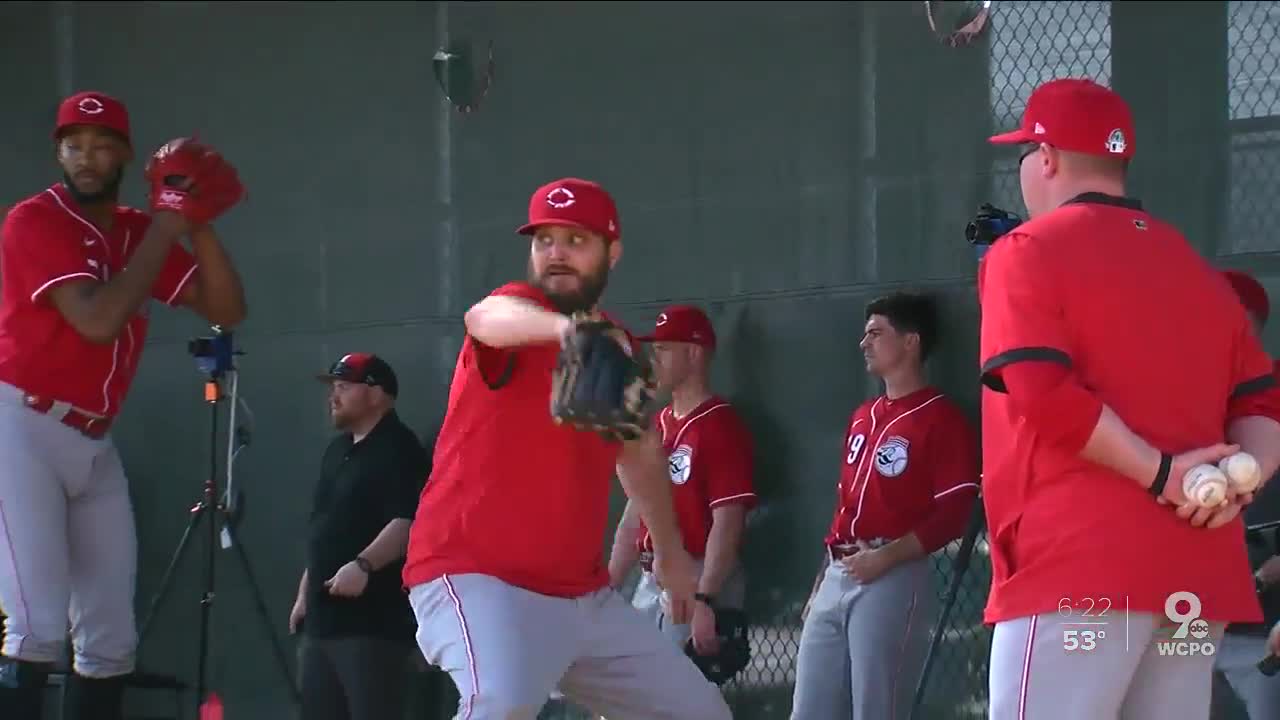 The Reds shelled out a lot of money in hopes that the former Astros lefty would solidify their five-man rotation, then he got shelled by a three-run homer in the first inning of a 5-4 loss to the Brewers.

The Reds shelled out a lot of money in hopes that the former Astros lefty would solidify their five-man rotation, then he got shelled by a three-run homer in the first inning of a 5-4 loss to the Brewers.

No matter. The nine-year veteran has had his share of ups and downs and wasn't going to be shell-shocked by a home run on March 1.

"Had some success early and then rock bottom and then slowly started to figure things out a little bit, but this is how baseball is,” Miley said. “You gotta find a way to stay on the even keel and just keep coming and grinding and working every day."

"At the time they had the only multi-year on the table, so obviously that's appealing and then, um, just kinda went with it. Just felt right," the Louisiana native said.

Miley formed a relationship with Reds pitching coach Derek Johnson while both were with the Brewers in 2018 and said Johnson is a big reason he came to Cincinnati.

"He just has these little cues to tell you like little small things and pull you out of a hole quicker than you trying to dig yourself out,” Miley said. “Just the way he says things - his attitude - he always has a positive attitude and it makes you feel good about yourself."

Miley turned his career around under Johnson with a 19-8 record over his last two seasons.

But Miley lost the good feels on the mound last September when he struggled down the stretch. He had a 16.68 ERA in the last month of the season and was left off the roster for the ALCS and the World Series.

“I just kind of ran out of gas and stuff flattened out and it was just tough," he said.

Now the country boy who likes to fish and hunt is ready to hunt down hitters and keep 'em fishing in 2020 as he aims to get back to the postseason for the third straight year.