Starter leaves early after being hit by comebacker 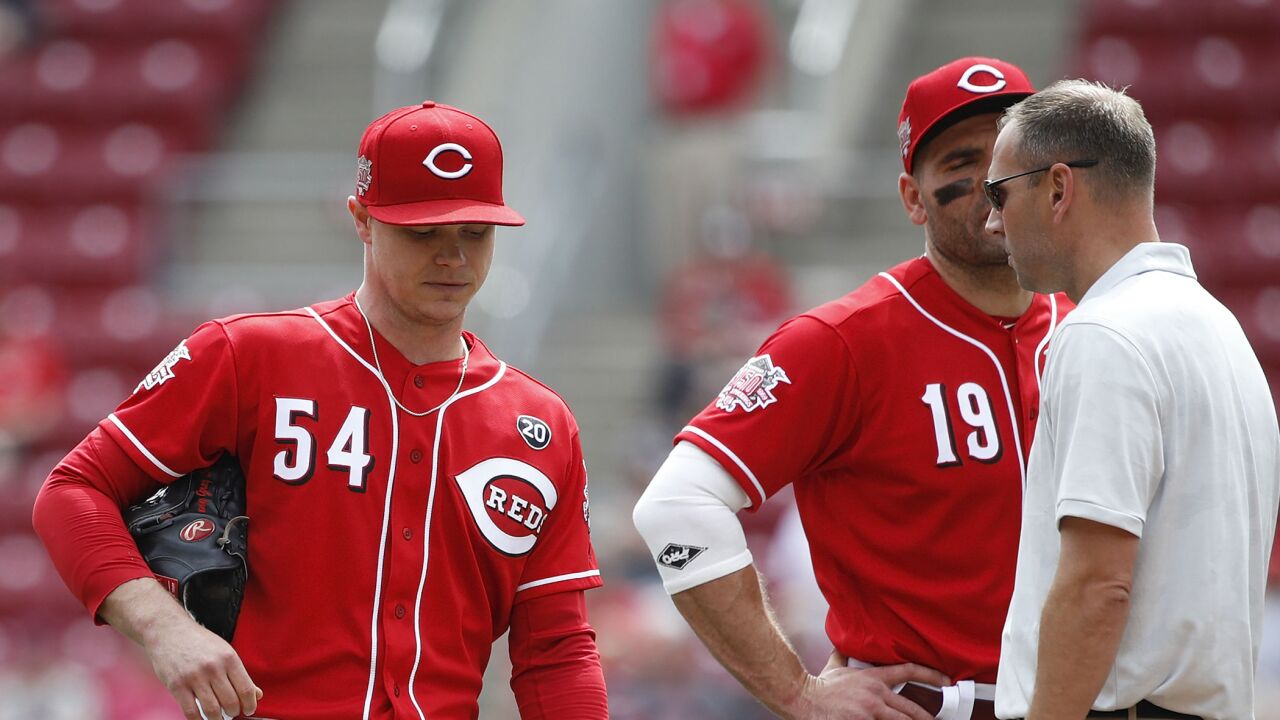 CINCINNATI — Reds starter Sonny Gray took a comebacker off his leg and had to retire after four scoreless innings, but the bullpen completed a 5-0 shutout of the Marlins Thursday afternoon for the Reds’ third straight win.

Yasiel Puig returned from a two-game suspension to hit a two-run double in a three-run fifth inning.

Eugenio Suarez capped the win with a solo homer in the eighth. He also had an RBI single in the fourth.

"It was a great series for us," Gray said. "We needed to come back home and win some games."

The Reds said Gray suffered a left calf contusion after he was hit by Miguel Rojas’ single leading off the second inning. Gray stayed in the game and retired the next eight batters. All told, the former Yankee allowed just two baserunners on singles and struck out six while lowering his ERA to 2.03.

It's unclear whether Gray will have to miss a start.

Puig had most of the 11,192 fans chanting his name after he ran into the outfield wall unsuccessfully trying to grab a foul in the first inning, and again in the fifth before he got his big hit.

Puig was hitting .125 with just three RBI when he stepped to the plate and said he was anxious to come through after watching the Reds win the first two games of the series without him. Puig was suspended for charging out of the dugout and sparking a bench-clearing confrontation with the Pirates on Sunday.

"I don't want to come back. My team gets better with myself out. I said I need to hit something," Puig said.

After Curt Casali led off the fifth with a single, Jesse Winker drew a two-out walk, Joey Votto knocked in Casali with an opposite-field single and Puig followed with a double to left off Marlins starter Pablo Lopez (1-2).

The Reds took a 1-0 lead in the fourth on singles by Winker, Votto and Suarez.

Votto twice beat the Marlins' shift by slicing the ball to left field.

The Reds entered the series with eight straight losses and the worst record in the NL, but they scored 21 runs in the three games, matching their total for the first nine.

Reds pitchers gave up just one run in the three-game sweep. The last time the Reds did that at home was in 1926 against the Brooklyn Dodgers.

The Marlins (3-10) managed only 12 hits in the series. On Thursday, they got only one runner into scoring position.

The Reds (4-8) hit the road for a nine-game trip starting in Monterey, Mexico, against the Cardinals Saturday and Sunday. They play three games in Los Angeles and four in San Diego.