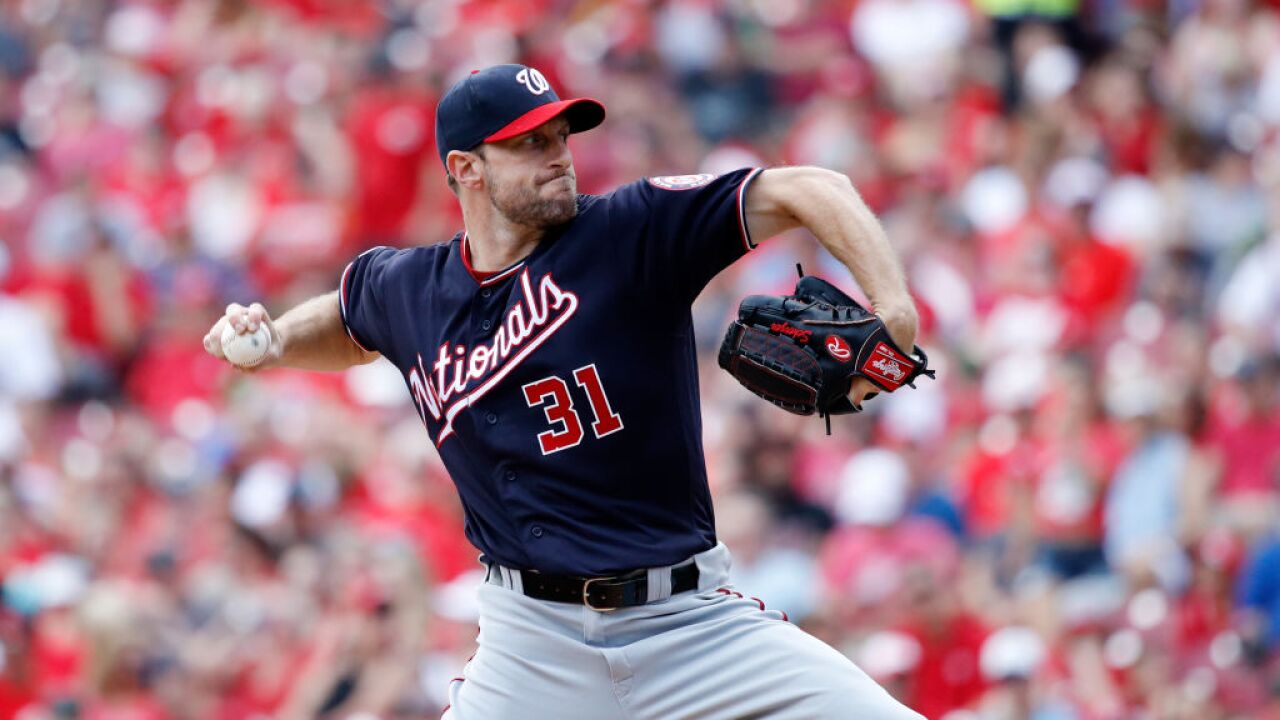 CINCINNATI — Max Scherzer struck out a season high 15, allowing three hits over eight innings to lead the Washington Nationals over Cincinnati 4-1 on Sunday, their 12th win in 14 games against the Reds.

Scherzer (3-5) reached double figures in strikeouts for the fourth time in 13 starts this season and 86th time in his career, the most among active pitchers and seventh-most overall. He retired 13 of his last 14 batters and threw 84 of 120 pitches for strikes. Scherzer walked one and hit a batter.

Sean Doolittle pitched a perfect ninth for his 12th save in 14 chances. Washington won the final two games of the series after losing the opener and has won seven of nine following a five-game losing streak.

Sonny Gray (2-5) needed 32 pitches to get through the first and gave up two runs and five hits in five innings.

Anthony Rendon had three hits, including an RBI single in the first, and raised his average to .331.

Kurt Suzuki doubled the lead with an RBI double in the fourth, but Joey Votto and Derek Dietrich hit consecutive doubles in the bottom half off Scherzer, who had pitched 15 scoreless innings at Great American Ballpark in his career.

Brian Dozier hit a two-run single with two outs in the eighth off Raisel Iglesias.

Nationals: 1B Ryan Zimmerman, out since April 28 with plantar fasciitis in his right foot, is to be evaluated Monday.

Reds: Jesse Winker was hit by a pitch on the right foot leading off the second inning. He stayed in the game.