Remember when the Reds went 9-0 to start the season? 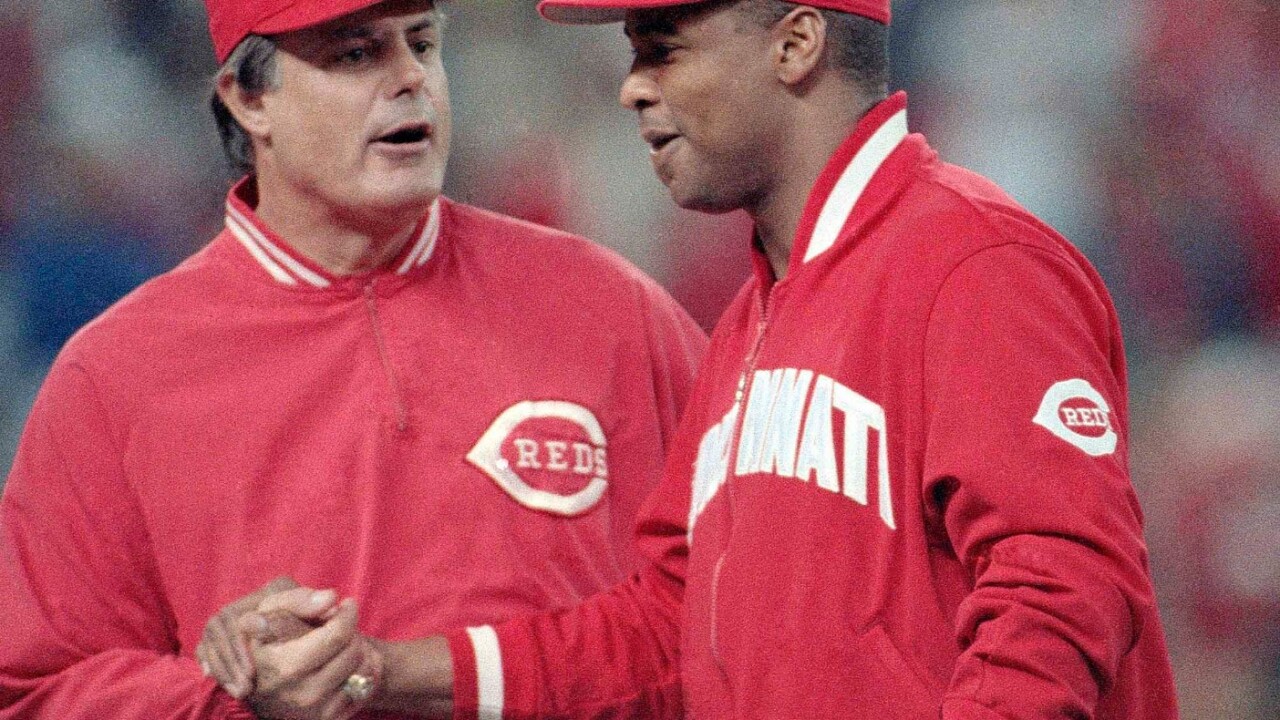 (Copyright 2020 The Associated Press. All rights reserved. This material may not be published, broadcast, rewritten or redistributed.)
AP Photo/Rusty Kennedy
Reds manager Lou Piniella, left, congratulates pitcher Jose Rijo after the Reds won 7-0 against the Oakland Athletics in Game 1 of the World Series at Riverfront Stadium, Tuesday, Oct. 16, 1990, Cincinnati, Ohio.<br/>

The eccentric Schott said it was for good luck, but the 1990 Reds didn’t need it. Because of a lockout that delayed the season by eight days, they had opened with six road games and won every one of them

Piniella’s team proceeded to win its Riverfront Stadium opener on April 17 and two more games before losing. The 9-0 start was the best in Reds history.

There’s a lesson in this for the 2020 Reds, particularly since second-year manager David Bell’s team mirrors those 1990 world champion Reds in several respects, and because getting off to a good start is a must if the Reds are to come out of the sprint of a 60-game season – starting today – with one of the 16 spots in the expanded playoffs.

Or, dare we say, make the World Series.

It doesn’t seem impossible if you just look back three decades. The 2020 Reds face some of the same challenges that the 1990 Reds did – and overcame.

Nobody outside the Reds clubhouse figured Piniella’s club for world beaters. It had plenty of talent, including Hall of Famer Barry Larkin, Eric Davis, Paul O’Neill, Chris Sabo and pitchers Jose Rijo, Tom Browning and Rob Dibble. But it was a team that always played in the long shadow of its famous former manager, Pete Rose. It treaded water in second place for four straight years and sank like a rock in 1989 while Rose was investigated for betting on baseball and kicked out of the game.

In came Piniella, nicknamed “Sweet Lou,” after three years managing the Yankees. Like Bell, who took over after five straight losing seasons, Piniella set out to immediately change the team culture.

Where Rose had seemed aloof, even dismissive, toward some of his players, Piniella engaged them. Because of the lockout, there were just three weeks of spring training to put Piniella’s imprint on the team.

When he did, the Rose circus was over. The players were the show again.

“I think Lou and the coaches have taken a back seat to us,” Dibble was quoted in the Cincinnati Post on Opening Day.

“A lot of guys have gotten close this spring,” said Larkin. “Guys spent more time together off the field.”

In the clubhouse, there was more baseball talk and more fun, like the 2020 Reds seem to enjoy, especially when Bell organized a talent show.

“I hear the players going around saying they’re going to have more fun this year,” longtime clubhouse manager Bernie Stowe said in 1990. “It’s been a long time since I’ve heard that around here.”

Piniella and his coaching staff drilled the players on fundamentals like advancing the runner and taking the extra base, and emphasized work ethic. The players responded positively to the change – especially in how workouts were conducted.

“Everything is done perfectly to a ‘T.’ All the time on the field was well spent,” Dibble said. “We didn’t stand around and shag flies all day.”

The pitchers, particularly Jack Armstrong, spoke highly of new pitching coach Stan Williams and bullpen coach Larry Rothschild. Armstrong, who was demoted to AAA after two May starts the previous year, thanked Piniella for putting him in the rotation and rewarded him by winning his three starts during the 9-0 streak.

Unlike Bell in his first year, Piniella had a capable roster and veteran leaders like Ken Griffey and Ron Oester to police them. The 1990 Reds didn’t need an infusion as the 2020 Reds got. But the two newcomers they got in the offseason made a huge impact.

When the Reds traded three-time All-Star closer John Franco for the Mets’ ace reliever, Randy Myers, it was like trading Dr. Jekyll for Mr. Hyde. On one of his early spring training days, the flamboyant Myers waved a water moccasin around the clubhouse. Of course, he teamed with Dibble and Norm Charlton to form the Nasty Boys, the most formidable bullpen trio in baseball.

Clutch-hitting Billy Hatcher came over from the Pirates and took over left field. He’s best remembered for hitting .750 in the World Series (9-for-12).

Piniella also made two key lineup moves, starting Mariano Duncan over Oester at second base and Joe Oliver over Jeff Reed at catcher. Duncan hit .306 and Oester batted .299 in a part-time role.

The Reds hadn’t won a division title in 10 years when they started a three-game series in the Houston Astrodome in mid-April. Here are highlights from that season-opening road trip:

The Reds were 6-0 when they came home for all the trappings of Opening Day. The Findlay Market merchants hastily assembled a parade, and Schott referred to the game against the Padres as “the real Opening Day,” even though the club branded it as the “Homecoming Game.”

Despite the streak, there were more than 10,000 empty seats at Riverfront, attributed to anger over baseball’s labor strife. No one would notice today, during a pandemic, with no fans in the stands. However, even the most obstinate home fans appeared to be forgiving after three more Reds wins:

The 9-0 Reds had the team’s longest winning streak since the Big Red Machine won 10 straight in July 1975. But, of course, it had to end sometime.

It might have been better that way, though, since Reds outfielder Herm Winningham had convinced the players to shave their heads if they won 15 straight.

“It ticks me off,” Davis said after the game. “I was looking forward to seeing some ugly ballplayers in here. People talk about the loss. I wanted to shave some heads.”

The Reds got their chance to celebrate six months later.

As any longtime Reds fan knows, the 1990 team went into first place on Day One and built a four-game lead in the NL West after the first week and a half.

They stayed in first place for the whole season, posting a 91-71 record and winning the division over the Dodgers by five games. Then they completed their wire-to-wire championship by knocking off the Pirates in six games and stunningly sweeping the favored A’s in four.

Now it’s Bell’s team’s turn, with their "Good Vibes Only" T-shirts, to get off to a good start.