Reds' tributes to Marty Brennaman will include on-field 'Marty Party' 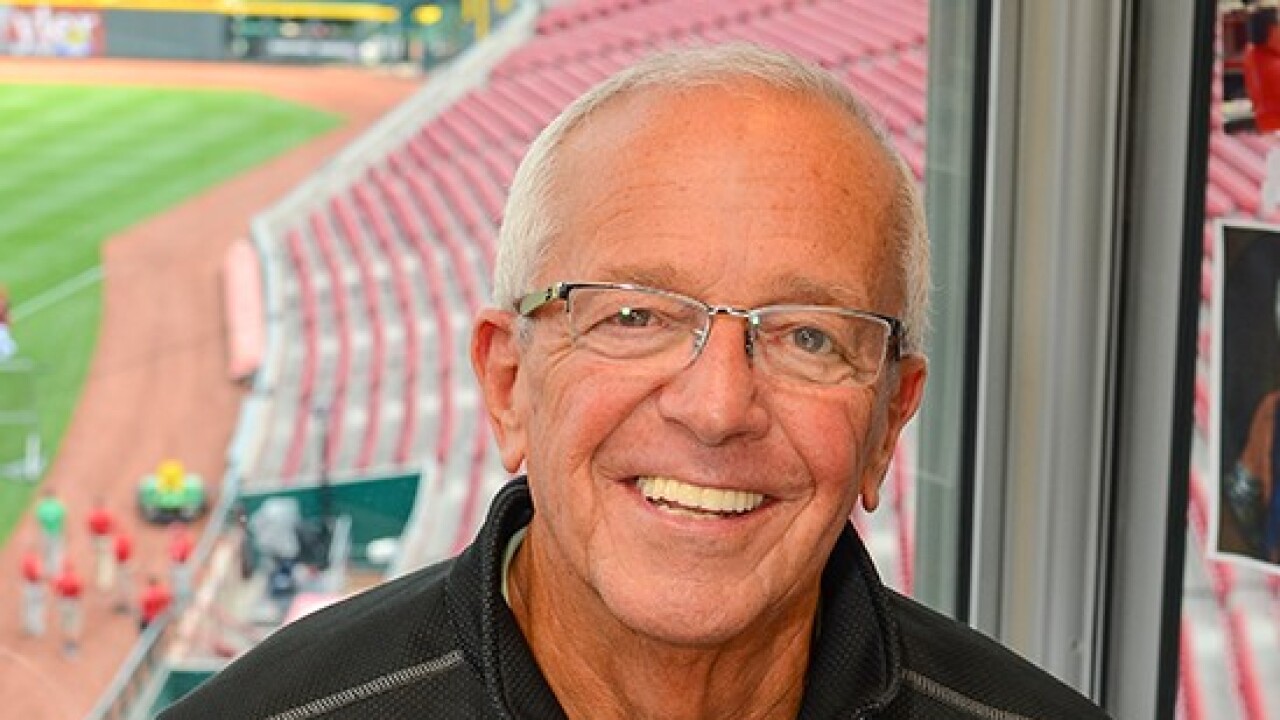 CINCINNATI — Marty Brennaman and the Reds are planning a sweetly sentimental sendoff before and after his final game broadcast on Thursday afternoon, Sept. 26, at Great American Ball Park.

The first 20,000 fans for the 12:35 game with the Brewers will receive a Reds transistor radio so they can hear Marty’s call. After the game, attendees will be invited onto the field for a "Marty Party" and ceremony honoring the retiring Baseball Hall of Fame broadcaster's 46 years on Reds radio.

In addition, the Reds announced other plans Friday to celebrate Brennaman's career, including making him the only 2020 inductee in the Reds' Hall of Fame.

“Our Board of Directors felt strongly that Marty’s 46 years as the Reds play-by-play announcer, along with his efforts supporting the communities throughout Reds Country, and his extensive list of awards and accolades was indeed extraordinary and deserving of his election to the Reds Hall of Fame,” said Rick Walls, Reds Hall of Fame executive director.

Before that, though, there will be opportunities for fans to meet Marty at the ballpark in September and watch him broadcasting from the concourse. More giveaways are also scheduled.

"Having Marty Brennaman’s incredible career come to a close as we are concluding our 150th year of Reds baseball is pretty special,” Reds President and COO Phil Castellini said.

Unless the Reds make the playoffs, Brennaman plans to call it quits just before the Reds' final series at Pittsburgh. He'll only broadcast there Sept. 27-29 if the Reds are still in contention, the club said in a release.

"It was important to me that my last regular season broadcast happened at home,” Brennaman said.

Here's a schedule of other events and giveaways honoring Brennaman at the ballpark:

“The idea is to bring Marty out of the booth and amongst the fans at Great American Ball Park,” said Castellini.

Final Regular Season Home Series vs. Brewers, Sept. 24-26: Marty’s son, Thom Brennaman, will join him in the radio booth for the entire game broadcast on Wednesday, Sept. 25. Marty's regular radio partner, Jeff Brantley, will broadcast with him on Tuesday and Thursday, Sept. 24 and 26.

“I wanted my final game to be business as usual, doing the broadcast from the booth. It is going to be very emotional for me and I want to savor every moment,” said Brennaman.

Fans with radios will be able to hear Marty's call for his final game on Sept. 26 without the usual delay.

“We are grateful to our partners at 700 WLW who are eliminating the delay for Marty’s final game which will allow fans in the park to hear Marty’s calls in real-time,” said Castellini.

For the “Marty Party” on Sept. 26, Brennaman will be on stage with Jim Day at the pitcher’s mound.

Thursday, Sept. 26 - Reds Handheld Transistor Radio with earbuds to the first 20,000 fans. Presented by Kroger and Laura’s Lean Beef. Fans will be able to tune to 94.5 FM from their seats in the ballpark to listen to Marty’s farewell call.

Brennaman announced in January that this would be his final season.