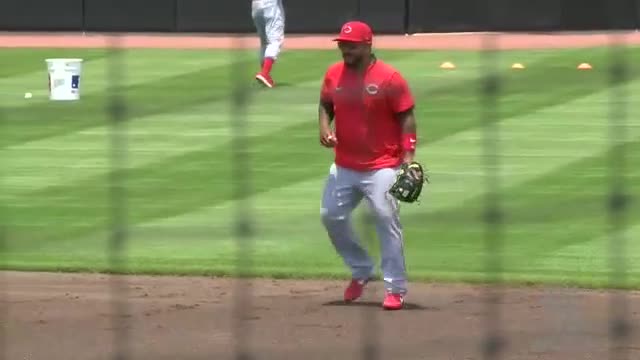 The Reds started summer camp at Great American Ball Park on Friday with 35 of the team’s top players. The other group of players started training at Prasco Park in Mason on Monday. 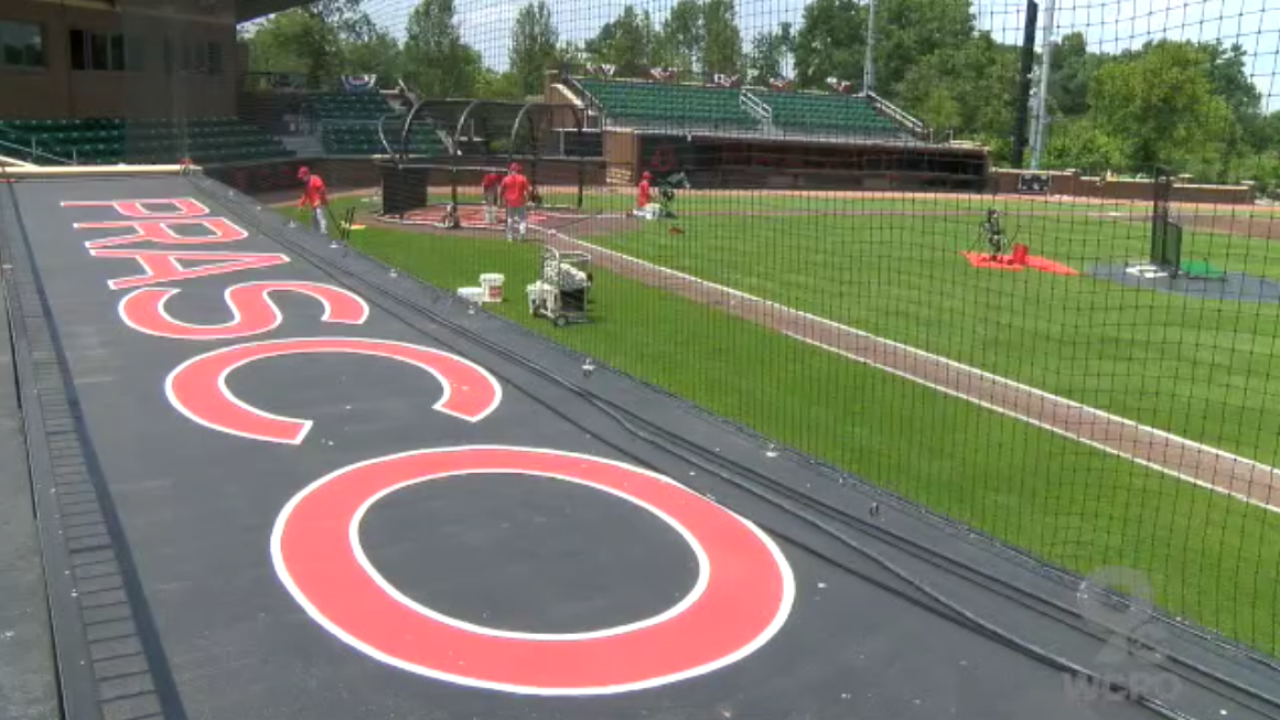 MASON, Ohio — The Reds started summer camp at Great American Ball Park on Friday with 35 of the team’s top players. The other group of players are making themselves at home training at Prasco Park in Mason on Monday.

Aristides Aquino and Scott Schebler are among the 22 players battling to land a spot on the Opening Day roster, which is expected to carry 26 players.

Reds manager David Bell said having the second group of players is invaluable for the team.

“There will be, in my opinion, players that are at Prasco that will make our Opening Day roster,” Bell said. “We have great advantage, a huge advantage, by being able to have access to this facility. It's really put us in a great spot that's going to help us win games, so we really lucked out having that facility close by."

The Prasco Park facility is mostly known for amateur baseball, but Prasco Vice Chairman and CEO Philip Arington said the ball park is as close to a big league experience as players will get, considering the circumstances.

"I said, 'Hey, we're going to make sure if they come out here that they can have all the bells and whistles as they need to get prepared,'” Arington said. “The playability of the field, the mound and all that stuff. We want it to mirror what they're experiencing down there (at Great American Ball Park)."

Arington said Bell walked the field prior to the facility being selected and called this one of the best fields he’s been on at any level.