Right-hander has been strong in last six starts 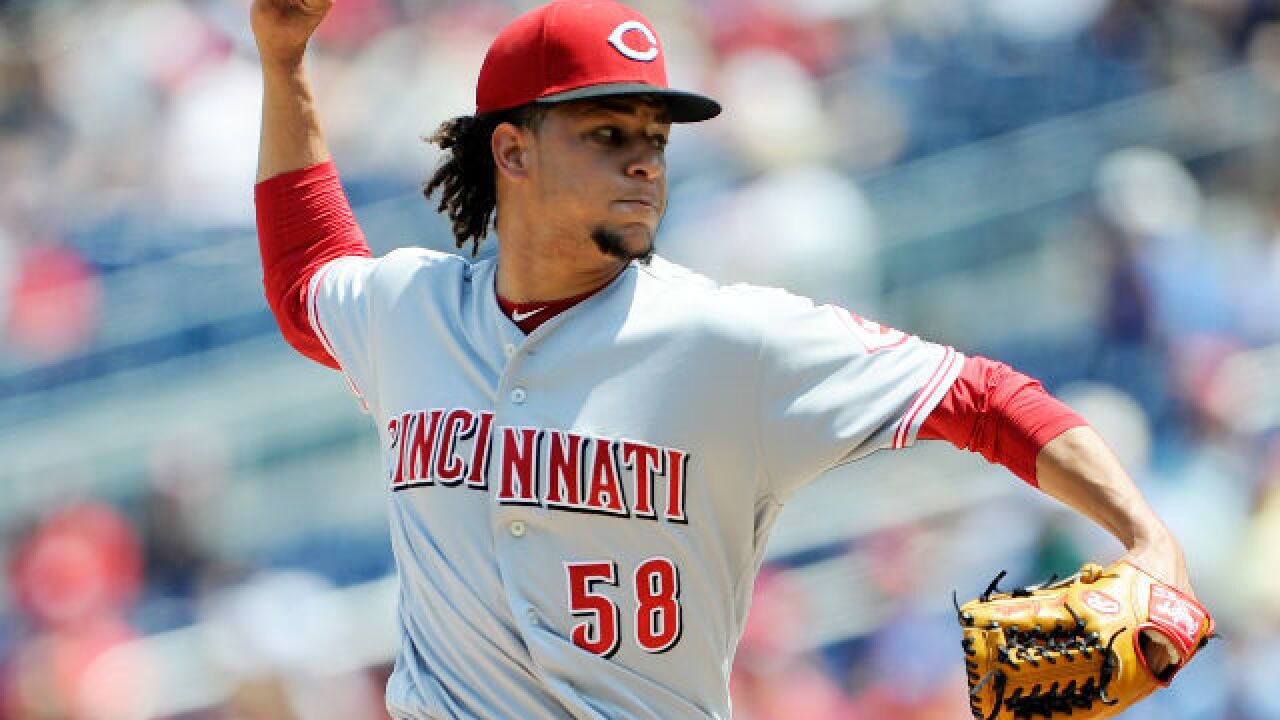 Image copyright 2018 Getty Images. All rights reserved. This material may not be published, broadcast, rewritten, or redistributed.
<p>WASHINGTON, DC - AUGUST 05: Luis Castillo #58 of the Cincinnati Reds pitches in the first inning against the Washington Nationals at Nationals Park on August 5, 2018 in Washington, DC. (Photo by Greg Fiume/Getty Images)</p>

WASHINGTON — Luis Castillo made two mistakes in an otherwise strong start, so blame this loss on the bats.

It was the Reds' failure to take advantage of their one big scoring opportunity that doomed them to a 2-1 loss to the Nationals Sunday.

But that's all they got. Trevor Barnhart popped out to short, Brandon Dixon struck out and Castillo flied out to right, and their one big chance was gone.

It's not for lack of trying, Reds interim manager Jim Riggleman said.

“When you step in the batter’s box, you know you're getting one hundred percent. Those are the numbers that make players careers, so it's not from a lack of effort. It's just a lack of execution," Riggleman said.

The good news is Castillo (6-9) has gotten hotter with the summer heat. He has a 2.92 ERA in his last six starts since July 2.

Meanwhile, Nats starter Tanner Roark (6-12) held the Reds to seven singles in seven innings to win his third straight start. In his last three outings, Roark has allowed two earned runs in 22 innings (0.82 ERA) with 20 strikeouts and a walk.

The Nationals took three of four from the Reds and have won eight of 11 overall.

There was one carryover from Saturday night’s game in which Harper and Joey Votto were hit by pitches. In the seventh, Michael Lorenzen’s fastball sailed behind Washington’s Adam Eaton with two outs and Eaton glared at the mound.

Harper took his regular place in the lineup Sunday but Votto did not play until the ninth, when he pinch hit and struck out to end the game.

Riggleman said Votto’s absence was not due to getting hit twice on Saturday.

“Just basically normal aches and pains,” Riggleman said. “It’s deep into the season and three games in two days, day game after night game, just kind of at the point today, this would be a day off.”

Votto, visibly angry after getting hit by Ryan Madson Saturday, responded Sunday to reporters asking if he thought Madson’s pitch was intentional.

“I have no idea. My reaction kind of falls in line with that. I reacted. I had no idea at the time when I reacted, and I still don’t now,” Votto said.

Nationals: SS Trea Turner (0 for 9 in Saturday’s doubleheader) was not in the starting lineup for just the fourth time this season. He was intentionally walked as a pinch hitter in the eighth.

Nationals: After an off-day Monday, RHP Jefry Rodriguez (0-1, 6.86) and RHP Max Scherzer (15-5, 2.33) will pitch in a day-night double-header that opens a four-game series against the visiting Atlanta Braves.