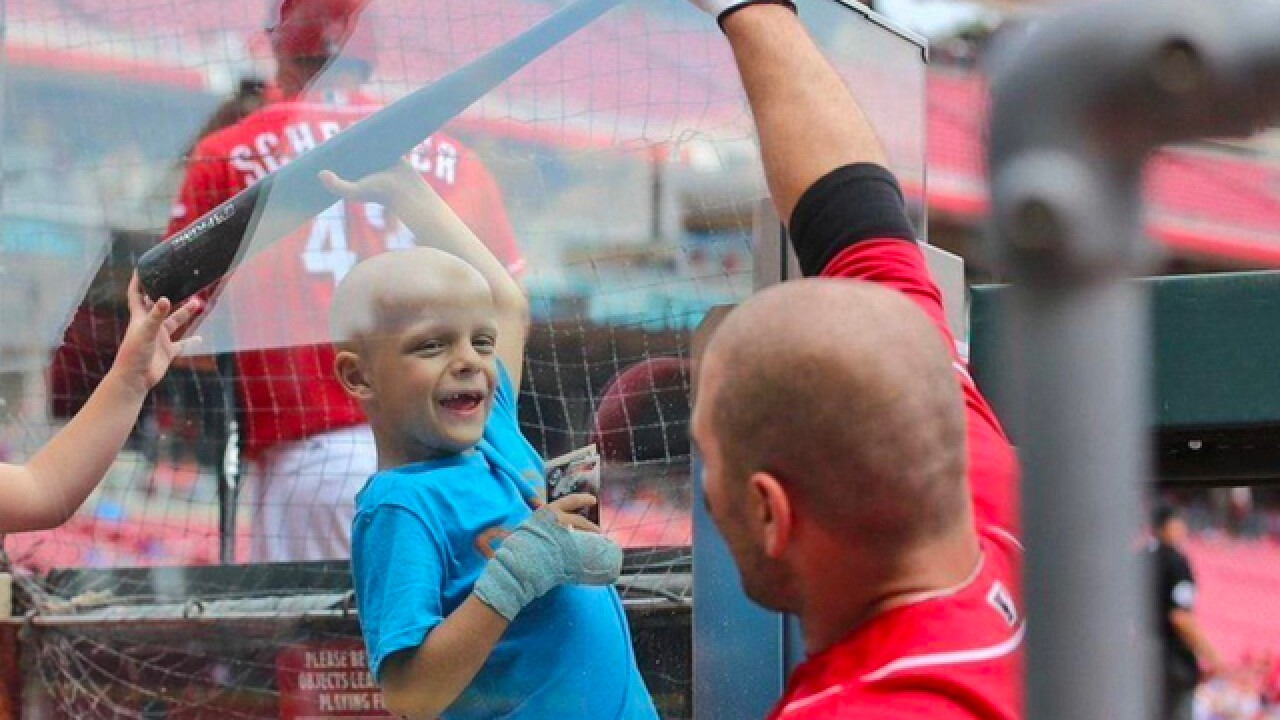 CINCINNATI -- A moment that captured our hearts captured the MLB Award for Best Player-Fan Interaction.

It happened Aug. 31, after Joey Votto’s 34th home run of the season.

The Reds first baseman walked over to a 6-year-old fan and handed the boy his home-run bat and jersey. The child's face lit up.

Walter Herbert, nicknamed "Superbubz" by his friends and family, was fighting stage 4 neuroblastoma, a form of childhood cancer.

Chive Charities, an organization dedicated to helping individuals with rare medical conditions, helped the Herbert family meet Votto at the Reds clubhouse the week before the home run.

Votto called Superbubz "one of the most special young people I've ever met in my life."

Herbert’s father, Wally Herbert, thought Votto might say "hello" to his son as he walked by the stands that day. When Votto came over for a high five and then gifted him the bat and jersey, "I kind of lost it, personally," the elder Herbert said.

Moments like those, he said, helped buoy Superbubz through cancer treatments and other less rosy experiences.

"What (Votto) did for Bubz was amazing," he said. "I was tearing up. You can't have a better day than we had today."

The Reds invited Herbert back again, this time to be an honorary team captain.

Herbert died Oct. 6. Votto, along with hundreds of others, paid respects to Herbert and his family.

"To just have had even the smallest of moments in his life is a gift to me," Votto said. "I feel very, very grateful to have got to know him and spend a little time with him."

Joey Votto talks about meeting "Superbubz" and accepts the MLB Award in his honor. pic.twitter.com/6sNHeKcbGf