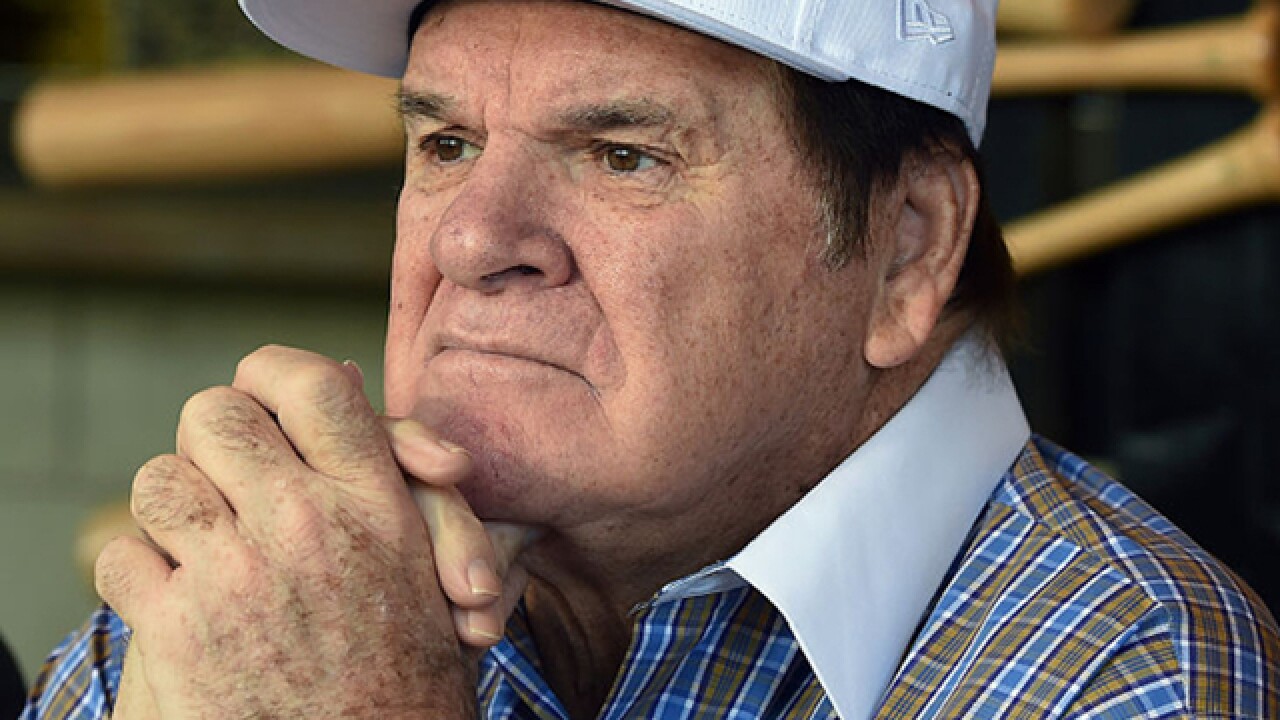 CINCINNATI -- Pete Rose continued to deny allegations of statutory rape on a Philadelphia sports podcast this week after the accusation cost him a spot on the Phillies' Wall of Fame last year.

Rose was suing investigator John Dowd for defamation when a woman came forward last summer alleging that she and Rose had a sexual relationship when she was 14 or 15 years old, in 1973. The woman said she met with Rose at his Cincinnati home and other locations outside Ohio for sex, and the relationship lasted several years.

The Phillies had been planing to induct Rose to their Wall of Fame that summer, but canceled the induction after the woman's allegations became public.

"I was disappointed obviously because I had such a relationship with the Philly fans," Rose said on the podcast Tuesday. "And I wanted to be there, I wanted to be on the Wall of Fame. That's an honor to be on the Wall of Fame. And I understand the Phillies' position and I'm happy I played five years in Philadelphia. It's kind of amazing that everybody can react to a situation that supposedly happened 43 years ago. I mean, is anybody safe from anything?"

Rose's lawsuit against Dowd was dismissed in December.

Listen to the podcast below: