Will Matt Harvey be another reclamation bust for Reds? 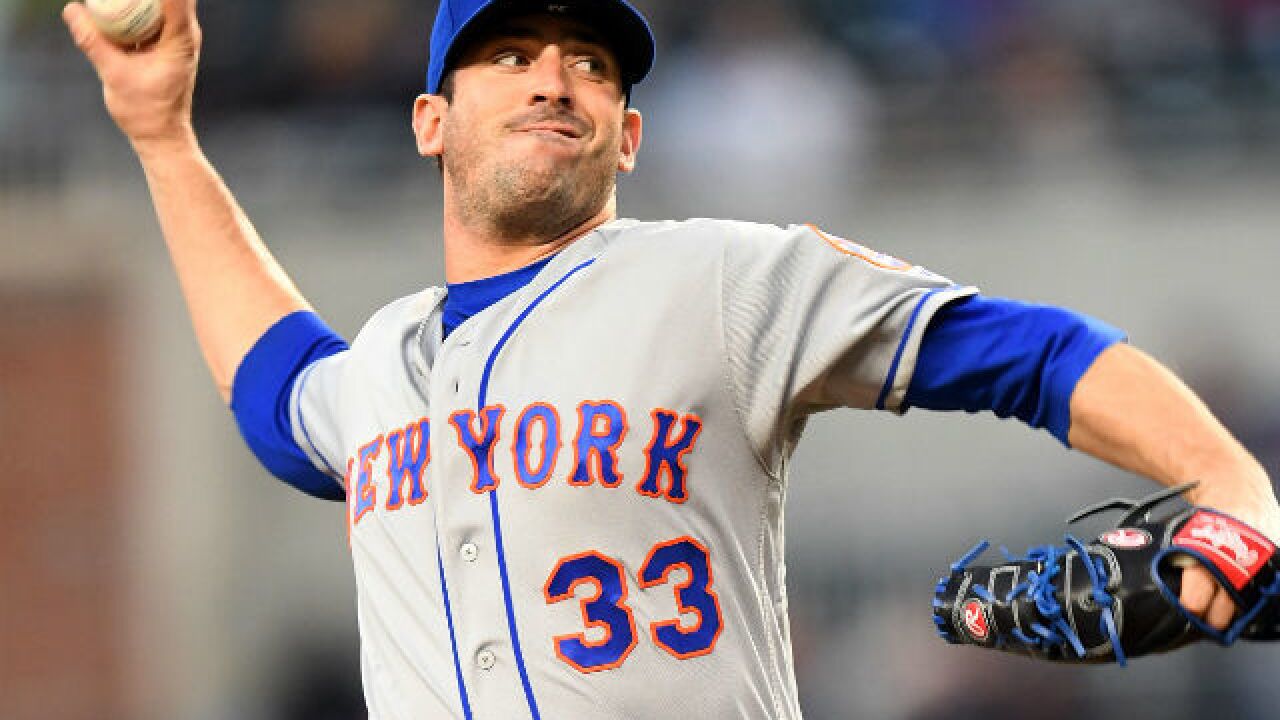 Image copyright 2018 Getty Images. All rights reserved. This material may not be published, broadcast, rewritten, or redistributed.
<p>ATLANTA, GA - APRIL 19: Matt Harvey #33 of the New York Mets throws a second-inning pitch against the Atlanta Braves at SunTrust Park on April 19, 2018 in Atlanta, Georgia. (Photo by Scott Cunningham/Getty Images)</p><p> </p><p> </p>

CINCINNATI - Let's hope Matt Harvey turns out to be better than Yovani Gallardo.

The Reds are bringing in another reclamation project for their pitching staff, but what's the worst thing that can happen to a team that had already matched the worst 35-game start in franchise history?

He can't be as bad as Gallardo, can he?

Earlier this season, the Reds paid Gallardo $750,000 to join the bullpen. The former All-Star and 17-game winner for the Brewers in 2011 made three appearances and gave up eight earned runs in 2 1/3 innings.

The Reds quickly realized their mistake and got rid of Gallardo's 30.86 ERA, but here they go again, hoping to find lightning in a bottle with Harvey, another former All-Star who was the Mets ace just three years ago.

That was before Harvey's pitching went south. He has a 9-19 record since 2016 -- 0-2 this season. He would be a longshot without even considering his three-day suspension without pay last May for skipping a game following a late night on the town.

Considering the circumstances, though,  it shouldn't surprise fans that the Reds traded catcher Devin Mesoraco for Harvey Tuesday and said the right-hander would move into the rotation immediately upon joining the team in Los Angeles on Thursday. The Reds were 8-27 when they made the trade, and starting pitching has been their biggest weakness.

Desperate is as desperate does.

"When he became available, we were interested," interim manager Jim Riggleman said. "We were saying, 'We hope we're in the mix.'"

General Manager Dick Williams said the Reds checked into Harvey's off-field conduct but were mostly concerned about his recent pitching.

"We primarily looked at video and scouting reports as a pitcher," Williams said. "We made some calls to find out some things, but it was mainly mechanical."

Harvey started the 2013 All-Star Game on his home mound at Citi Field. He returned from Tommy John surgery in 2015 and helped the Mets reach their first World Series in 15 years.

But he went into a steep slide the last three years. He fell to 4-10 with a 4.86 ERA in 2016 and had season-ending surgery in July. Last year, Harvey went 5-7 with a 6.70 ERA and was sidelined from mid-June until September because of an injury to the scapula in his right shoulder.

The right-hander is 0-2 with a 7.00 ERA this season. He was pulled from the Mets’ rotation after four starts and was hit hard in four relief appearances.

Harvey, 29, was designated for assignment on Saturday and refused a demotion to the minors, giving the Mets seven days to trade or release him.

Unless another team was as desperate as the Reds to get him, they might have waited a few days and got him without trading Mesaraco.

But it would have been too pricey to keep both of them. This way, the Reds got rid of a $13 million catcher they weren't using. They still had to pay the Mets $5,788,978 as part of the trade, which made the deal come out nearly even financially. Harvey is making $5,625,000 on a one-year contract.  Mesaraco is in the last year of a four-year $28 million deal.

The Reds didn't have much to lose by trading Mesaraco, a former All-Star who lost his starting job to Tucker Barnhart after injuries put his career into a tailspin. In 2014, Mesaraco led all major catchers with 25 homers and 80 RBIs. But hip, shoulder and foot injuries limited him to 95 games over the next three seasons, when he hit only six homers and drove in 17 runs.

Of course, it would have been cheaper to trade Mesaraco for prospects (dump his contract in the rebuild, in other words) but the Reds surely tried that already without finding any takers.

It will look like money well spent if Harvey can even become a .500 pitcher again. It will look like another failure along the recent lines of Alfredo Simon, Scott Feldman and Bronson Arroyo if he can't.

And if the Reds give up on Harvey after three starts and he leaves with a 30.86 ERA, it will just be deja vu all over again.

By the way, with Mesaraco gone, Joey Votto is the only remaining Red who played in their last post-season game, that 6-2 loss to the Pirates in the 2013 NL wild-card game. Billy Hamilton was on the roster but didn't play.