Luis Castillo calls near no-hitter 'best outing of my career' 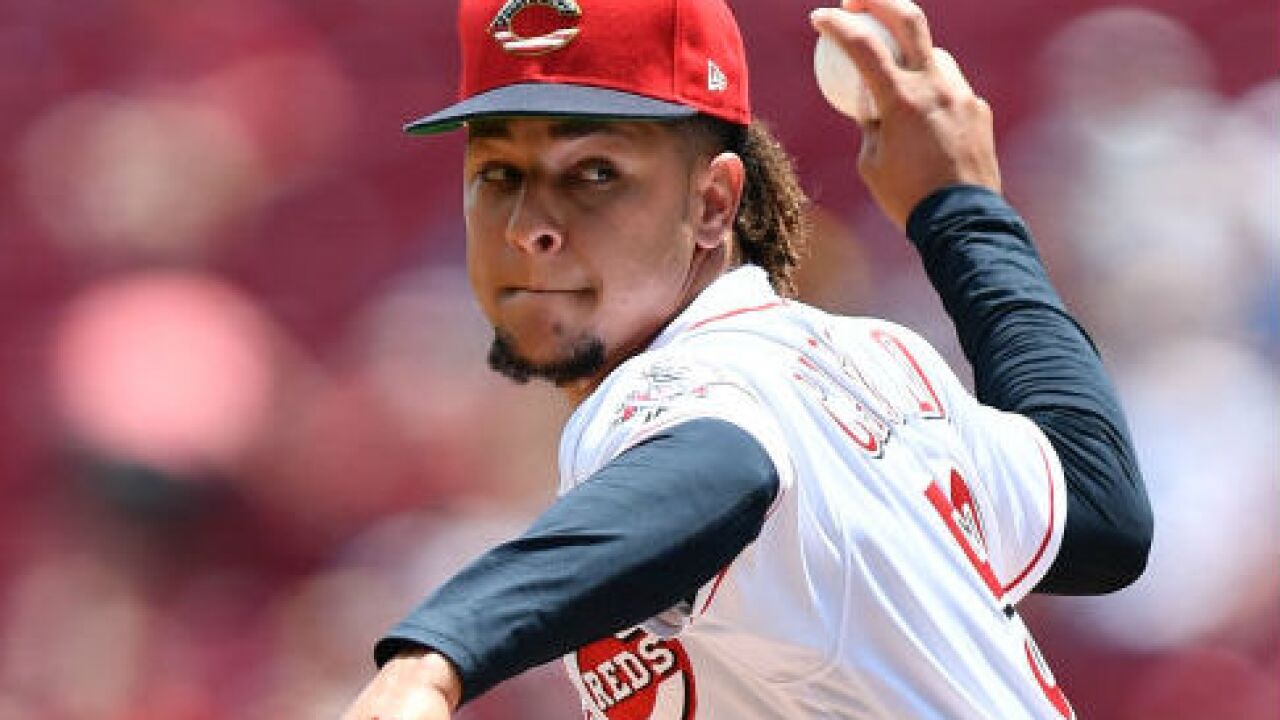 CINCINNATI — It took a seventh-inning single to break up Luis Castillo's no-hitter and an eighth-inning rain delay to end his shot at a complete-game shutout.

But Castillo won't soon forget his nearly perfect one-hit, nine-strikeout performance over 7 2/3 innings that sent the Reds to a 1-0 win over the Brewers Thursday afternoon.

"This was the best outing, not only of the season, but of my career," Castillo said after coming within five outs of his first no-hitter.

Yasiel Puig, a hero the past two nights, drove in the game's only run with a first-inning single as the last-place Reds (41-44) pulled within 3 1/2 games of the first-place Brewers (46-42) by winning three out of four in the series.

Castillo (8-3) tuned up for his first All-Star Game next week with an absolute gem. The only Red selected to play in Tuesday's Midsummer Classic in Cleveland carried a no-no into the seventh when Keston Hiura broke it up with a one-out single to center.

Dodgers manager Dave Roberts named his ace, Hyun-Jin Ryu, to start the All-Star Game for the National League, but Castillo showed he deserves a shot to pitch on a team full of big-name stars like Max Scherzer, Clayton Kershaw, Jacob DeGrom and Zack Greinke.

Castillo was winless in three previous starts against Milwaukee this year, but he was in total command this time.

"They hit me well a couple times when I faced them," Castillo said. "I made some adjustments in the bullpen and in the game. I watched the video of the last two outings and started to pitch backward — the opposite way I worked in my last two outings."

"In his last two starts, we did a great job laying off things," Milwaukee manager Craig Counsell said. "His command in those starts wasn't as good. The batters had good plans, but he did a good job keeping hitters guessing. He threw more strikes."

Castillo allowed only four baserunners. He hit Christian Yelich in the first inning and Hiura in the fourth, and he was charged with walking pinch-hitter Jesus Aguilar in the eighth. Castillo had a two-ball count on Aguilar when the rains came, forcing a 69-minute delay, and David Hernandez relieved him and finished the walk.

Reds fans held their breath when the Brewers threatened in the ninth against Raisel Iglesias. Yelich led off with a double, but Iglesias got Mike Moustakas to foul out, Hiura to ground out and Eric Thames to fly out.

The Reds won the last three games of the series, shutting out the Brewers over the final 23 innings.

"I don't know what to say about our pitching," Reds manager David Bell said. "They are doing everything they can. To limit the scoring like they did in the last three games of the series shows so much about their preparation and hard work. They continue to develop as a staff."

The Reds bunched four hits off Brandon Woodruff (10-3) in the first inning for the game's only run, but they squandered an opportunity for more. Jesse Winker led off with a double and Joey Votto singled. After Eugenio Suarez struck out, Puig knocked in Winker and Derek Diegrich singled to load the bases. But Nick Senzel grounded into a 5-4-3 double play to end the threat.

The Reds are 5-2 on this do-or-die homestand after winning 2-of-3 from the second-place Cubs last weekend. They're off Friday for the "Reds' Rockin' 150" anniversary bash before hosting the Indians for a two-game weekend series leading to the All-Star break.

The Reds haven't pitched a no-hitter since Homer Bailey's second one in 2013.

Cincinnati leads the majors with 71 runs in the first inning this season.

Cincinnati recalled infielder/outfielder Josh VanMeter from Triple-A Louisville to replace reliever Amir Garrett, who was placed on the 10-day injured list with a strained muscle in his back. The promotion was VanMeter's third of the season.

Brewers: OF Ryan Braun did not start after getting hit by a pitch in the ninth inning of Wednesday's game. Braun also had a sore knee after sliding into the wall while catching a foul ball on Tuesday. "He's a little banged up," Counsell said.

Reds: LHP Alex Wood is scheduled to begin a rehab assignment with Triple-A Louisville on Saturday.

Brewers: RHP Zach Davies (7-2) pitches at Pittsburgh on Friday. He is 2-0 in three starts against the Pirates this season.

Reds: After a rare Friday off, the Reds open a two-game interleague series with Cleveland in Cincinnati on Saturday. RHP Anthony DeSclafani (5-4), who got a win against the Indians on June 12, is the Reds' scheduled starter.